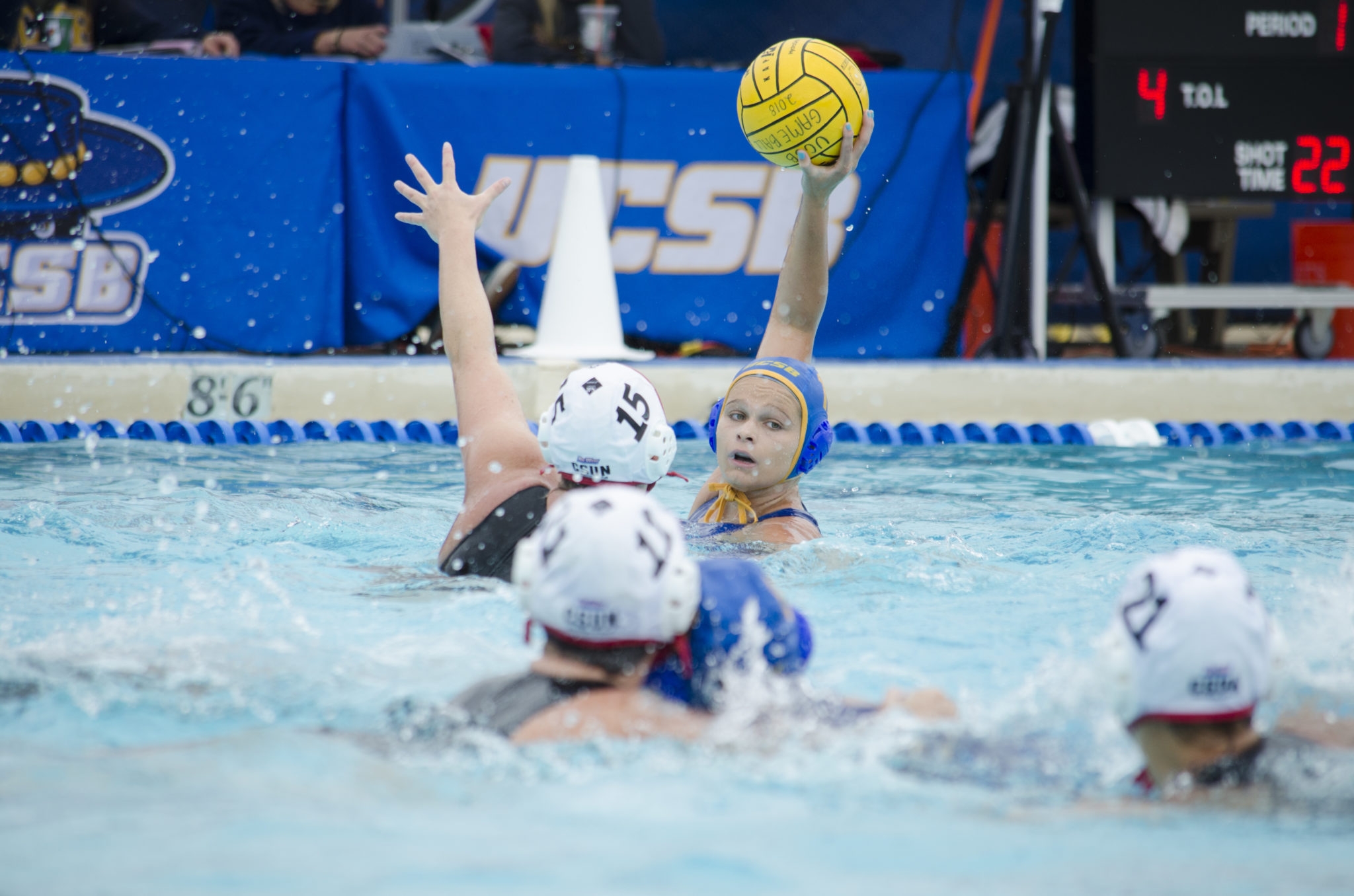 The 2019-20 UC Santa Barbara women’s water polo season will get underway this weekend as the Gauchos host their inaugural UCSB Winter Invite.

Teams from all over the country will make their way to the Campus Pool for the competitive season opening slate of games, including highly lauded squads like No. 2 UCLA, No. 4 Cal and No. 7 Michigan, that No.11 UCSB will all face at some point in the weekend.

The Gauchos will kick things off against the Bruins on Friday evening.

The last time these two teams met was in last year’s Winter Invite, when then No. 3 UCLA defeated then No. 17 UCSB 6-4 in the final day of matches. It was a tightly contested matchup until the fourth period, as utility Sarah Snyder scored a brace to keep the Gauchos in the game until the Bruins scored a few goals late in the match. Now in her senior year, Snyder will again have to show out for UCSB to have success not just in the opener, but throughout the season.

Snyder led the team in goals last season (66) and also was selected to the All-Big West Second Team, while her younger sister utility Caitlyn Snyder made a splash with 30 goals and a team-leading 33 assists to go along with her Big West All-Freshman selection. If the sibling duo can continue their production from last season early on, it will be a great sign for the team moving forward.

UCSB has two games scheduled for Saturday, the first in the morning coming against Iona and the second being a mid-day marquee matchup against UC Berkeley. The Golden Bears will be a relatively new opponent for Santa Barbara, as their game last year was cancelled.

Cal is a traditional water polo powerhouse, and this year’s team maintains that tradition with plenty of potential olympians. One standout star on the team so far is junior goalkeeper Cassidy Ball, who was just named Mountain Pacific Sports Federation player of the week after notching 12 saves and an unusual goal in the team’s season opening win against San Jose State.

On the other hand, the Gauchos should feel comfortable going up against the Iona Gaels, if last year’s 14-0 whalloping is any indication. That matchup in the 2019 ASU Cross Conference Challenge ended up being the only shutout of the season for UCSB with current junior Becca Buck’s goalkeeping leading the way.

Buck and senior Kenzi Snyder will be sharing the majority of the goalie duties this season for Santa Barbara, as both are looking to build off of a great 2018-19 season. The former had a solid sophomore season in the goal, notching a career-high 107 saves on the year to go along with a .677 save percentage. Snyder put together an incredible junior campaign, leading the team in saves (211), winning multiple Big West Player of the Week awards and ultimately earning a spot on the All-Big West Second Team as well. The pair of goalies will be the key to anchoring the defense as the season wears on, and it will be interesting to see if freshman goalkeeper Lucy Jackman can earn some minutes as well.

The Gauchos close out the weekend with a pair of games on Sunday against Michigan and Ottawa University – Arizona. The Wolverines have the potential to be the toughest opponent that UCSB will face all weekend, as they are coming off of an extremely successful 2018-19 season.

Michigan made it to the NCAA Tournament for the fourth time in a row and also won its fourth straight Collegiate Water Polo Association championship last year. Although they ended up losing a few seniors from that championship squad, which included a few members of the Australian national team, this is still an experienced and hungry team looking for a hot start.

This opening slate of games will be a great opportunity for UCSB to see how it currently measures up against some of the top teams in the country. While the Gauchos have a long season ahead of them, it would be nice to get off to a hot start.