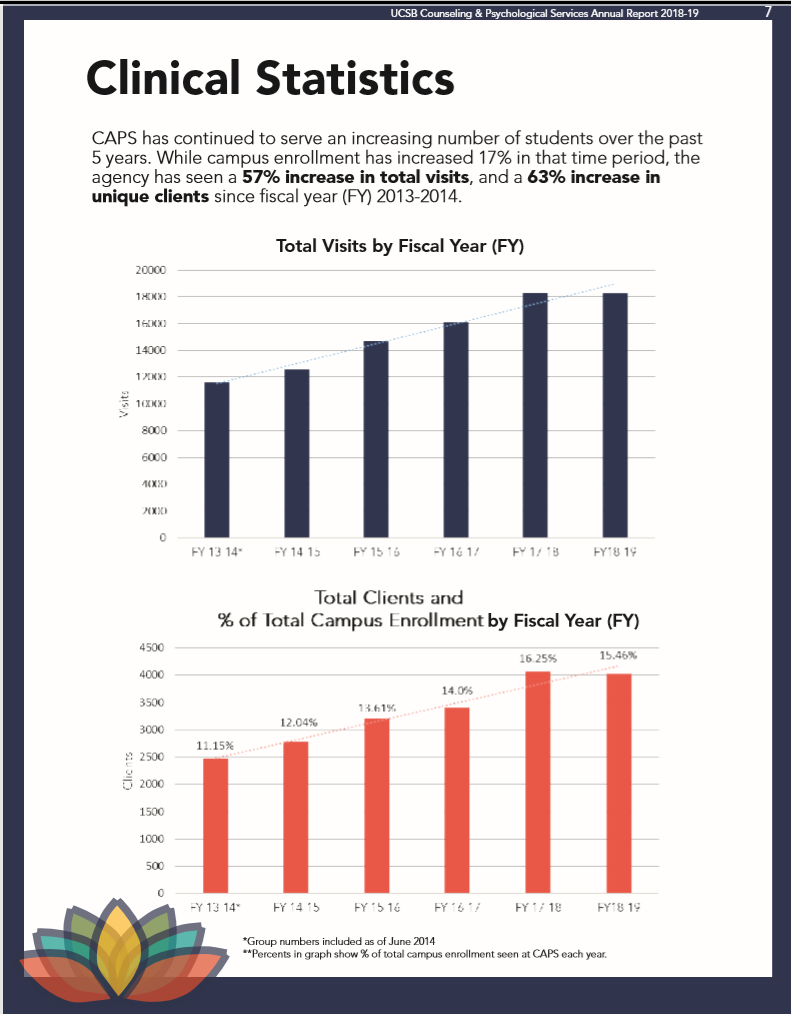 Brian Olowude, director for Counseling & Psychological Services (C.A.P.S.), said the idea for the annual report first came about five years ago, when he attended a conference at UC San Diego.

“I was really inspired by UC San Diego who had been doing [annual reports] for years, and I remember being at a conference with their data person. He shared their annual report with me and I was like, ‘Oh my God, I want to do this.’ And that’s been my goal from when I started here,” Olowude said in an interview with the Nexus.

Since then, Olowude said C.A.P.S. has been organizing its data — gathered in Excel sheets —  and consolidating it with other universities in the UC system, such as UC Los Angeles and UC Berkeley.

“We did a lot of work [in the] unification of our data to make sure that what I’m calling something, someone on another campus is also calling it [the same thing],” Olowude said.

Patterns revealed in the data collected will allow C.A.P.S. to pinpoint the cause of any dips in the number of visits, Olowude said. The agency saw a 57% rise in the number of clients visiting C.A.P.S. over the last five years,with a small decline in visits from the 2017-18 to 2018-19 school year, something that Olowude was able to attribute to a drop in available staff.

“We had some resignations and we have some folks who are out on leave. If we have less people … we see less people,” Olowude said.

When there is fewer staff, the burden and stress then falls on other psychologists at C.A.P.S., who are forced to see more people and cut down individual session times in order to accommodate more students.

Another problem Olowude identified is the lack of diversity among staff, an issue he said he has been trying to tackle by hiring clinicians that can assist historically underserved populations. 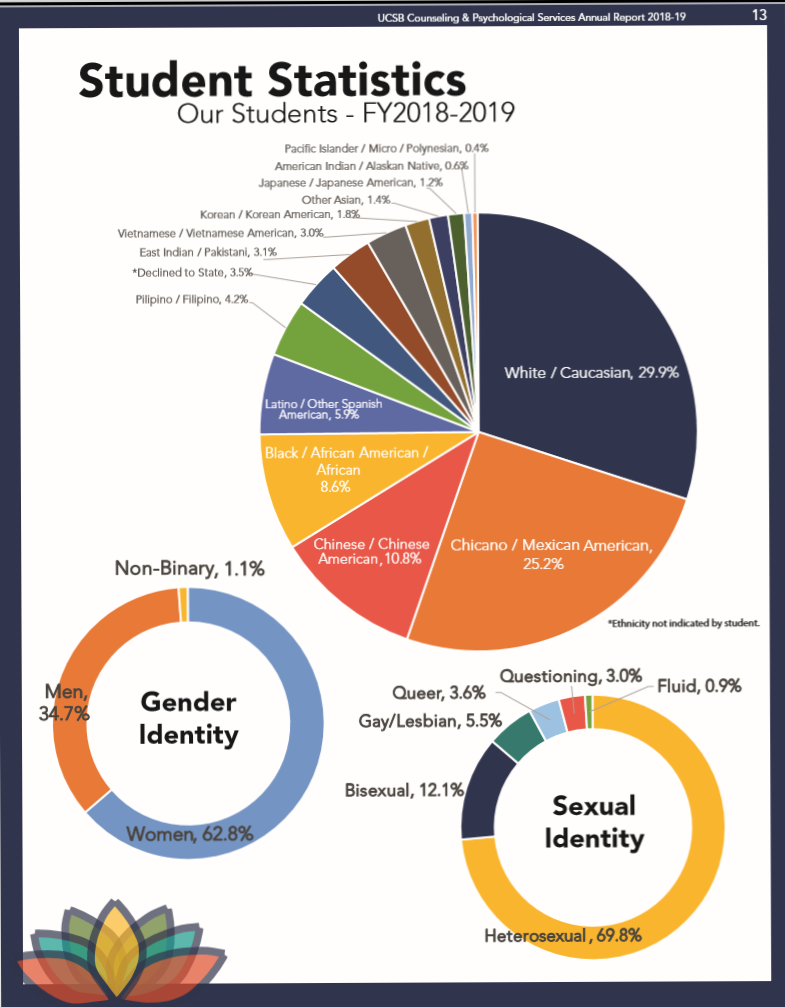 Olowude noticed that a large proportion of students who see C.A.P.S. come from underserved populations and has since been trying to accommodate students who may face a stigma from their families for seeking out mental health services.

“Some people don’t feel comfortable explaining the therapy that they’re going to get with their families. Well, when they’re here, they don’t have to and it’s confidential,” Olowude said.

To address these students in particular, C.A.P.S. created the position of assistant director of Mental Health Initiatives and Inclusion. The position, held by psychologist Meridith Merchant, is intended to help identify what can be done to make C.A.P.S. a more inclusive environment in order to connect with more populations of students.

“We decided to create a specific leadership position that would interact with various populations, various departments to help us understand how to best serve our students who come from very diverse backgrounds,” Olowude said. “The mental health initiative and inclusion is how can we be a more inclusive agency and what kind of initiatives we need as a department, a division and ultimately a campus to best serve our students.”

Going forward, Olowude believes the report can help C.A.P.S. predict and prepare accordingly for when counselors might be swamped by work.

“I can say, okay, so [these are] the six weeks of the quarter, what should I be expecting? Okay, we know we’re going to get inundated, so we need to make sure that no vacations are approved that week and we have everyone fully staffed and ready to go,” Olowude said.

The annual report’s data shows when new staff should begin work in times of high service, along with revealing which student populations require more resources to properly help them.

According to Olowude, the report will be available on the C.A.P.S. website within the next week. It will also be circulated among the student body and UCSB administration, along with organizations such as the Student Mental Health Task Force run by Associated Students President Alison Sir.

A version of this story appeared on pg. 1 of the January 16, 2018 print edition of the Daily Nexus.

Any metrics on the effectiveness of the treatment? Lots of stats to show more people but nothing to show that people are getting help from the treatments given. Shouldn’t they have to prove that what they are doing works before asking for more money

why do you have an issue with showing money is spent effectively?