The Daily Nexus
Sports
Loss to Long Beach State Just a Hiccup Along the Path to Glory
January 13, 2020 at 9:20 am by Nick DiPierro 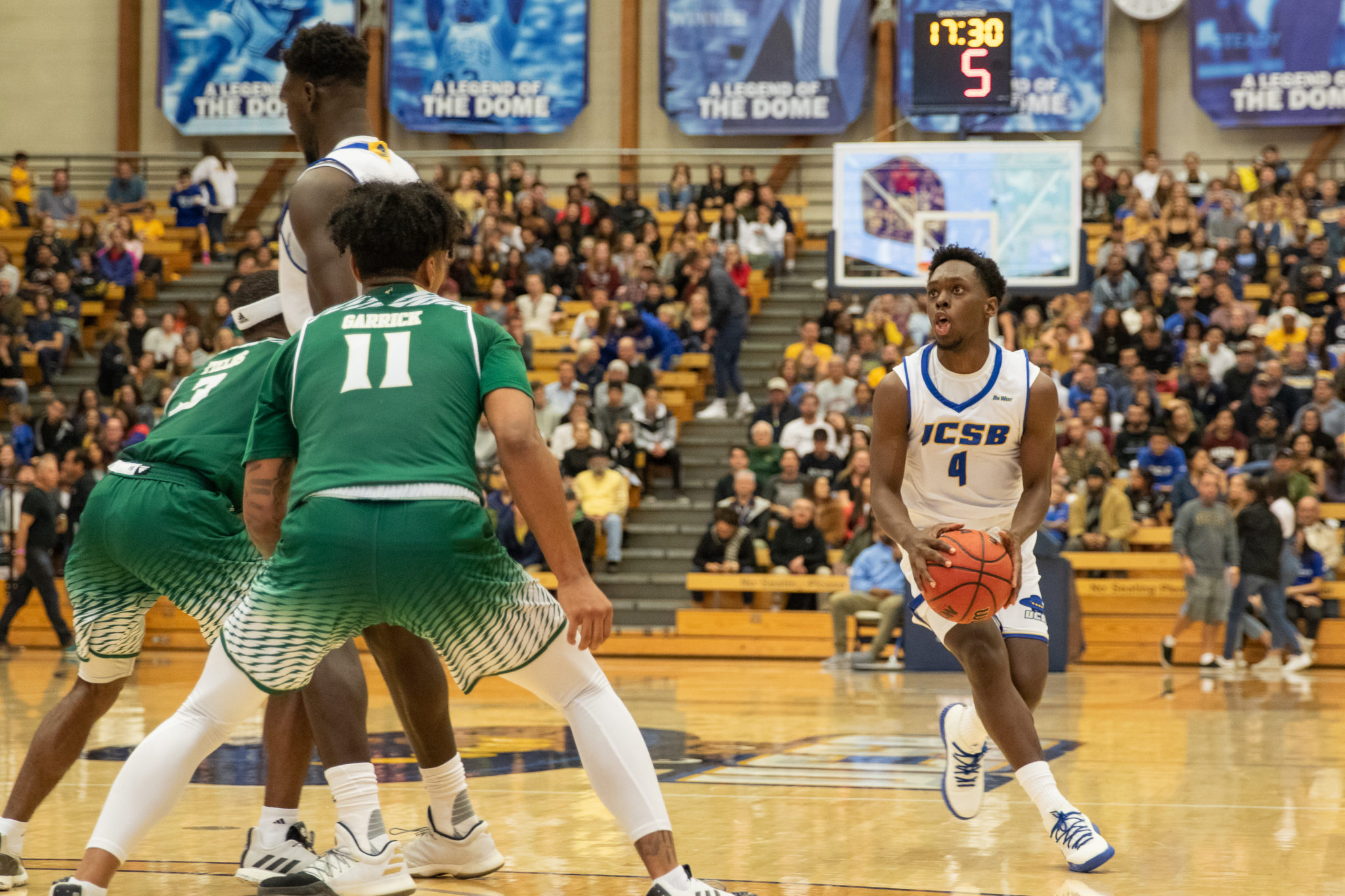 The UC Santa Barbara men’s basketball team has dropped their first conference game of the season in a dogfight of a match at home against Long Beach State.

The loss not only gives UCSB its first conference loss of the season, it snaps a six-game win streak that began with a win over Idaho State back in mid-December.

Long Beach, despite the exit of Deishuan Booker and the fact that the team fielded a completely different starting five players than the last time these two teams met, found victory in the basics of the game.

Booker, who now plays his ball for ERA Nymburk of the Czech National League, carried the offense with 26 points off a 9-14 clip. Ferociously intent on winning, Booker would score 17 points in the second half with a good-enough supplementary performance from Jordan Roberts.

Roberts posted a 16/3/3 line and shot 43% from the floor while senior forward Mason Rigggins snagged 9 rebounds, blocked a shot and added 6 points.

Riggins, a 6-foot-5 and 230-pound force in the paint, was his typical effective and versatile self. His nine boards were a combination of 4 offensive rebounds and 5 defensive ones, while he also shot 50% from the floor.

With guard Drew Cobb starting this game on the bench, Long Beach had officially rolled out a completely different lineup than its last match against UCSB.

For UCSB, their men of the match were the same three that played in last year’s meeting: guards JaQuori McLaughlin and Devearl Ramsey, and forward Amadou Sow

McLaughlin and Ramsey remain the only two Gauchos to have started in both matches, but Sow indeed played an impressive role in his relief of senior Kupchak the last time. Sow posted 13 points off a 54.5% clip while also having added 15 boards, 1 steal and 3 blocks.

He would have yet another fine performance in mimicry of that last match, though UCSB would fail to do more than dip a toe in the water.

UCSB fell to Long Beach State 52-55 this past Saturday after failing to keep up with their shooting.

Even with the points from their 13-19 record at the line, compared to Long Beach’s 1-3 showing, the Gauchos failed to make baskets and ultimately lost because of it.

While McLaughlin, Ramsey and Sow all provided valuable performances in their bid for redemption, the Gauchos simply did not shoot the basketball as well as Long Beach State and lost because of it.

Ramsey was the next best shooter for the Gauchos, completing 2 of his 5 shots. He also added points from 4-4 shooting at the line.

Sitting at third in the Big West, the UCSB men’s basketball team has gotten off to a fine start to the season and currently has a 12-5 record overall and are just 1-1 in conference play thus far.

While everything was seemingly setting up the Gauchos for a big win, the most basic part of the game was forgotten: shooting the basketball.

It’s a tough loss, but it was a fine performance in a lot of ways — just a hiccup.

The third-place Gauchos are back at it Saturday when they travel to fourth-place Hawai’i. The game starts at 10 p.m. PST.