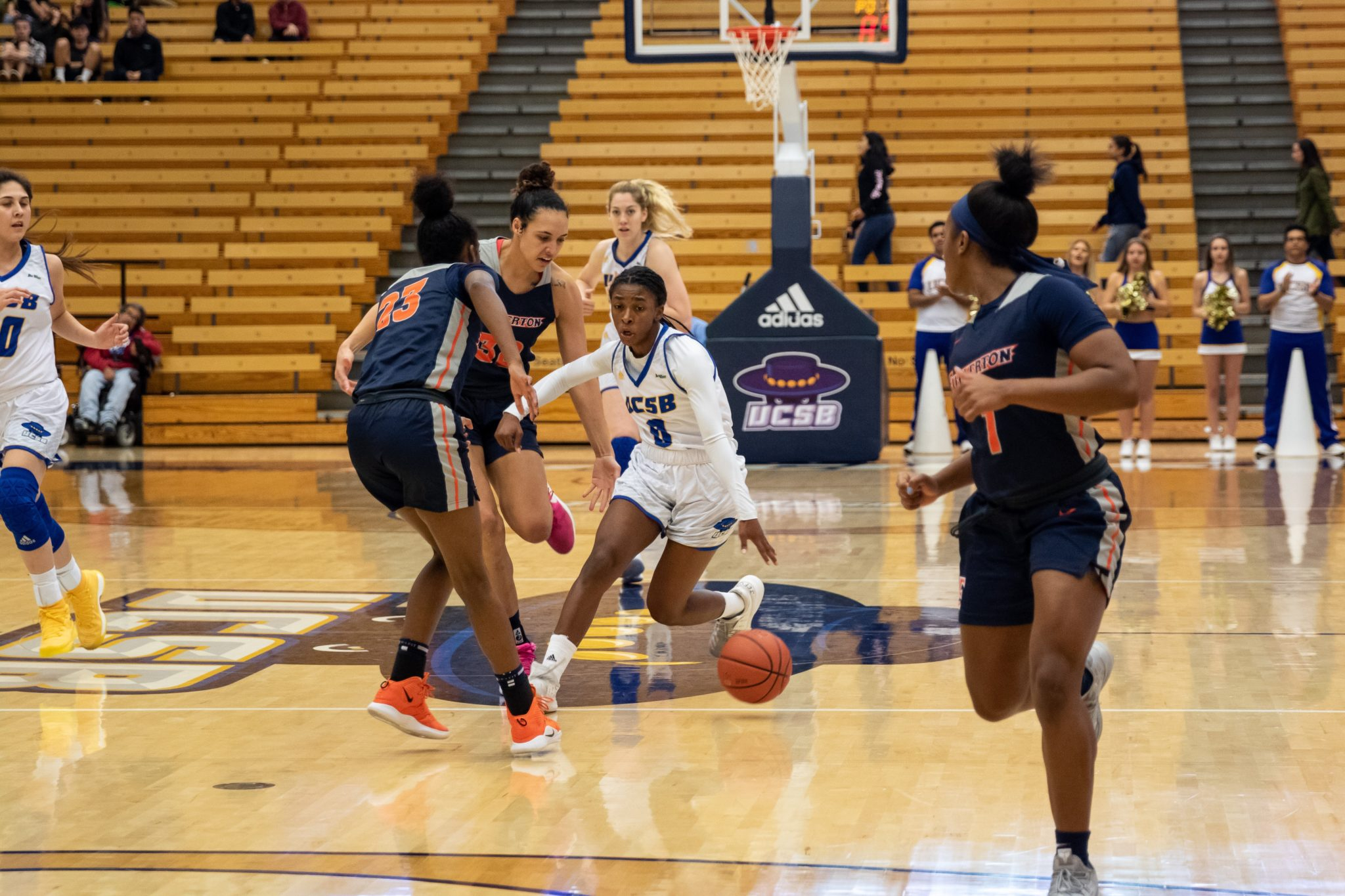 After an up-and-down non-conference schedule, the UC Santa Barbara women’s basketball team will kick off conference play this week when they take on Cal State Fullerton and Cal Poly.

Despite being voted to finish last in the Big West Media Preseason Poll, the Gauchos demonstrated their unbridled potential with key wins over both USC and San Diego State during the non-conference slate. Unfortunately, an inability to win on the road and consistency issues have plagued the ‘Chos, who head into conference play with a 5-8 record.

On Thursday, the Gauchos will face a significant test when they take on CSUF — who enter conference play in first place with an 8-5 record.

For the Titans, it’s been the Raina Perez show all year. The third-year guard easily leads the conference with 22.5 points per game and has done so with remarkable efficiency, shooting 53percent from the floor and 44.7 percent from deep.

Even beyond Perez, CSUF has demonstrated its offensive prowess all season, averaging an impressive 71.5 points per game. With sophomore Amiee Book and junior Taylor Turney also averaging double figures, Fullerton leans heavily on its three guards for production.

If the Gauchos hope to keep pace with the torrid Titans offense, they will need to force the ball out of Perez’s hands and make her find her teammates. While Perez averages 4.2 assists per game, she also turns the ball over nearly four times per game herself.

In addition, much of UCSB’s success will hinge on the health of third-year point guard Danae Miller, who averages almost 14 points per game. After missing the Gauchos’ blowout loss to Arizona, Miller was forced to leave the last game against Ottawa early after reaggravating her injury. With Miller heavily reliant on her explosiveness in the open court, the ‘Chos will need a healthy Miller to keep pace with the Titans.

Even with a fully operational Miller, UCSB will need to continue to lean on freshman Ila Lane if they hope to fight for a conference title this year. One of the biggest surprises so far this season, Lane has averaged an eye-popping 12.8 rebounds per game this year — good for third in the entire country. On offense, Lane provides the Gauchos with a highly efficient post option, with the first year averaging 14.4 points per game on 58.2 percent shooting from the floor.

With the Titans allowing nearly 70 points per game, look for Thursday’s game to be a high-scoring affair between two overachieving teams.

Things won’t get any easier for UCSB on Saturday when they host Cal Poly in an early rendition of the Blue-Green rivalry game. While the Mustangs limp into the game with a 3-8 record — including a winless road record — don’t expect Cal Poly to go down easy in a heated rivalry game.

Similarly to UCSB, the Mustangs prefer to play inside-out on offense, with third-year forward Sierra Campisano leading the charge offensively with 17 points per game. However, much of Cal Poly’s offensive struggles come down to their inability to score outside of the paint. Of their 58.4 points per game as a team, Cal Poly scores on average fewer than 12 points from behind the arc. In large part, freshman guard Abbey Ellis provides the team’s only real threat from deep, and even she has only shot 27.8 percent this season on the long ball.

While Lane and Campisano will battle in the post-all game, the Gauchos will need one of their outside scorers to step up to take advantage of the Mustangs’ limitations. After an inconsistent stroke from deep last year, Tal Sahar has proved to be lethal from deep this year, shooting more than 35 percent. If Sahar can find her range from behind the arc, UCSB should be able to handle Cal Poly, especially in front of a home crowd.

With two difficult home games to kick off conference play, UCSB has the opportunity to start conference play with a bang this week. The Gauchos will host CSUF on Thursday at 7 p.m. before taking on Cal Poly at 2 p.m. Saturday at the Thunderdome.