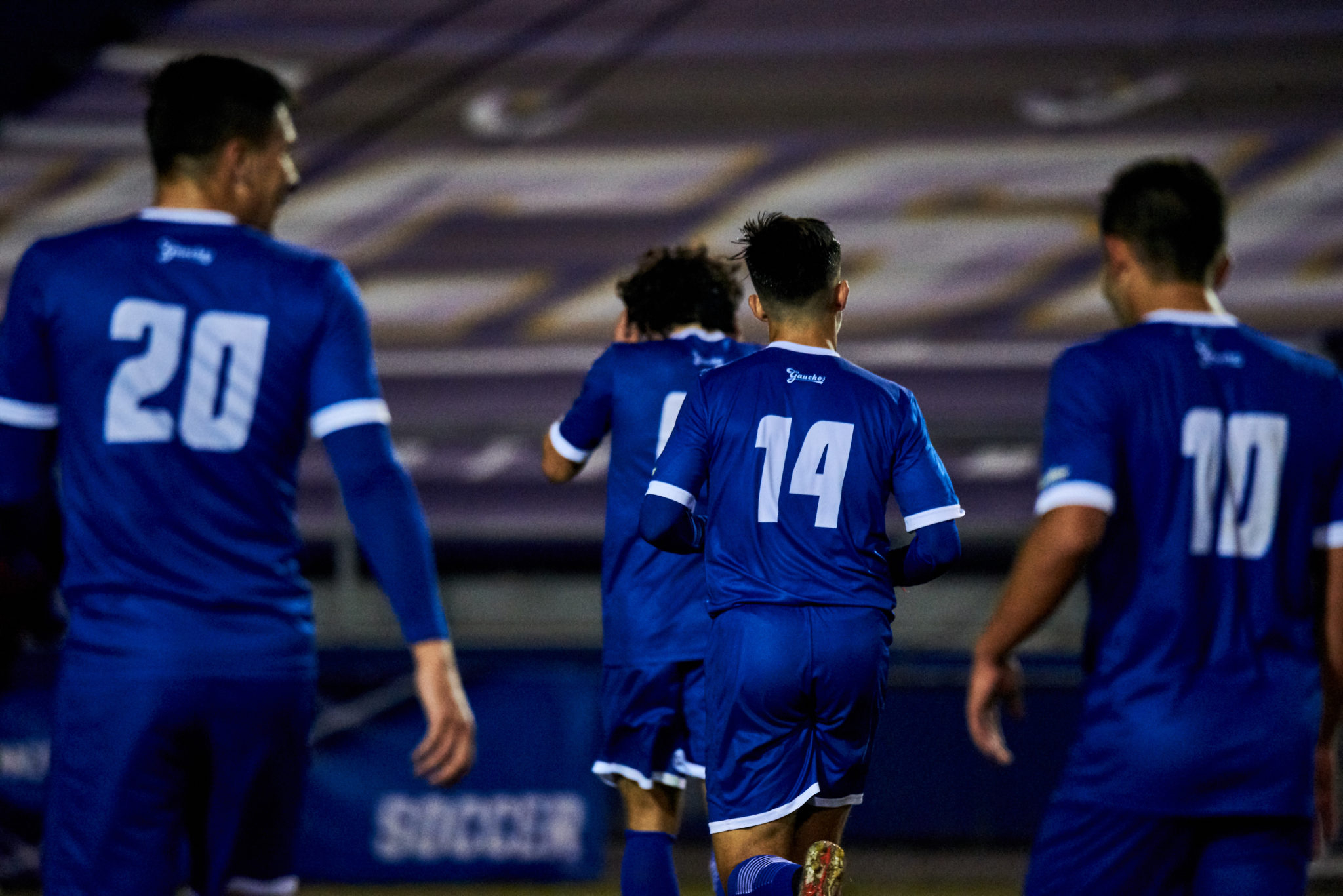 The UCSB men’s soccer team’s storybook season came to a close on Saturday afternoon, as the Gauchos lost 1-0 to the No. 4 Wake Forest Demon Deacons in the Elite Eight round of the NCAA Tournament.

Deacon senior midfielder Alistair Johnston scored the game-winning goal in the 44th minute, effectively putting an end to an incredible Gaucho run in the tournament that included a blowout victory over Cal and two shut-out wins over ranked opponents on the road.

UCSB actually came out of the gates looking like the better team on Saturday. The Gauchos dominated possession from the opening kick, hunting an early goal that would help silence the sold-out crowd at Spry Stadium.

“I thought if we could jump on them in the first half and play with the lead, that would be the recipe that we needed,” Head Coach Tim Vom Steeg pointed out postgame.

In the 13th minute, Candia sent a rocket of a shot from outside the box that just missed to the right of the goal. Just eight minutes later, Candia, who is also the Big West Co-Midfielder of the Year, produced one of UCSB’s best opportunities of the match when he snuck behind the Wake Forest backline and shot a low-driven ball that was saved by Deacon goalkeeper Andrew Pannenberg.

“If you told me that Thibault Candia’s walking the ball in 12 yards out facing the keeper to go up 1-0, I’d take that nine out of 10 times,” Coach Vom Steeg said. “Unfortunately, tonight was that one time.”

The Gauchos continued to be aggressive as the half wore on, and the Wake Forest defense seemed to be cracking under pressure.

In the 40th minute, junior forward Derek Kryzda whipped a perfect cross into the box that found senior defender Noah Billingsley who headed it toward the goal. Unfortunately, Billingsley placed it right into the chest of Pannenberg who inadvertently made the save as the ball ricocheted off of him.

It was just that kind of a night for UCSB.

The team continued to produce amazing opportunities all game long, but the ball just would not bounce their way. There’s a huge element of risk in soccer that comes from producing multiple chances but not capitalizing on them, as the opposing team seems to always make you pay for your failed efforts no matter how badly they were playing before.

And that’s exactly what the Demon Deacons did.

Just four minutes after Noah Billingsley’s header on goal, Johnston stole the ball near the outside of UCSB’s box.

He attempted to dribble through a couple of Gaucho defenders, with the ball deflecting off of UCSB senior defender Faouzi Taieb’s leg and rolling right in front of the goal; Johnston easily tapped the ball into the back of the net to give Wake Forest a 1-0 lead just a minute away from the halftime break.

Giving up goals just before the half had been an issue that had plagued UCSB all season long, but up until this point in the Tourney, the team had done a great job of ramping up the intensity at the end of halves.

It took just one slight deflection to change that.

To the Gauchos’ credit, they did not give up and played a tremendous second half. There were a couple more chances to tie the game up as the half wore on; a 74th-minute cross from junior forward Rodney Michael was just inches away from a streaking Candia in the box, and senior forward Will Baynham had a chance at a 1v1 with the Deacon goalie with around eight minutes to go, but he just couldn’t bring the ball down.

The Demon Deacons stayed composed and organized as the clock counted down, however, and succeeded in earning  a College Cup Bid for the sixth time in program history. They will take on No. 1 Virginia in the Final Four to see who gets a shot at the NCAA Championship against the winner of No. 7 Stanford/ No. 3 Georgetown.

This was the greatest season of UCSB men’s soccer since that of the championship team of 2006.

These Gauchos were able to overcome extremely disappointing failures in the Big West Tournament these last couple years and shock the world with a deep run in the NCAA Tourney.

This team beat interstate rival UC Berkeley 3-1 in the first round, traveled to No. 12 St. Mary’s and handed the Gaels a demoralizing 4-0 loss in the second round and braved the snow to deal No. 5 Indiana their first home loss in 38 games in the third round. They were not favored to win in any of these matchups yet approached each game with the swagger and skill of a powerhouse team.

Although they couldn’t make it to the College Cup, this team will go down as one of the most exciting and courageous teams in UCSB history.