The Daily Nexus
Sports
UCSB Travels to No. 5 Indiana for NCAA Tournament’s Round of 16
November 30, 2019 at 2:24 pm by Richard Benites 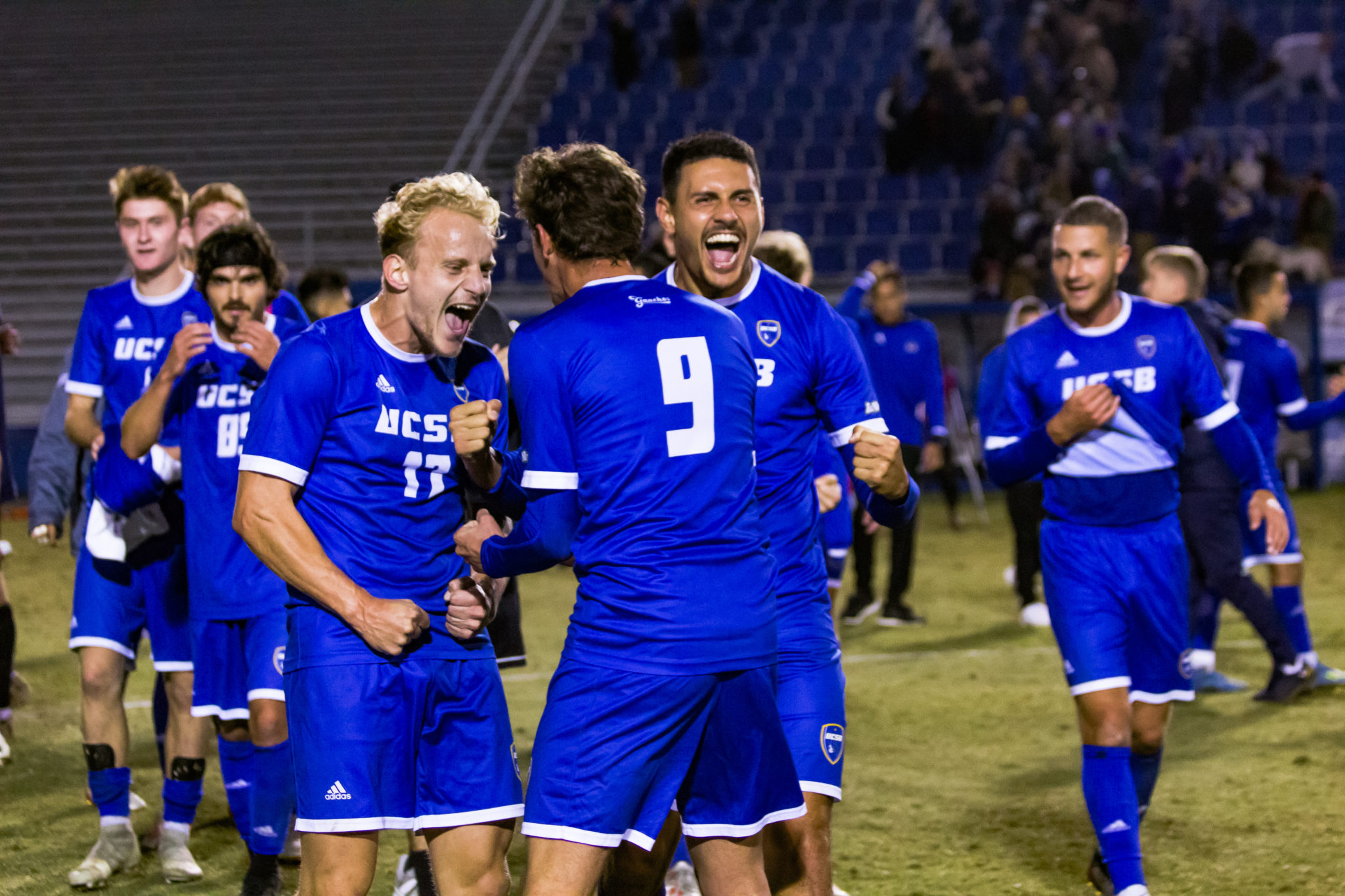 The Gauchos continue their impressive run through the postseason as they are set to visit Indiana for the third round of the postseason’s NCAA Tournament.

Following UCSB’s first two matchups of this coveted championship, the team has outscored their opponents by a total of 7-1. Through their now-extended season, the Gauchos boast an overall record of 14-4-4 on the season — a win percentage of .727. With the exception of their runner-up finish in the Big West Conference Final, the Blue and Gold have managed to fill up the November calendar with nothing but Ws and will look to keep their form going through the continuation of December’s national competition.

As for Indiana, the Hoosiers squad are undefeated in eight straight and will have an extra game to rest over Santa Barbara, due to their bye in the NCAA Tournament’s first round. On the season, Indiana has an overall record of 15-2-4, a win percentage of .810 and have so far managed to not drop a single game when playing at home. Keeping the Gauchos’ away record of 6-1-3  in mind, this is yet again shaping up to be UCSB’s greatest challenge of the year.

The Gauchos head into this one with the historical advantage as they were the 2-1 road victors the last time these two sides faced off, back in 2009. UCSB also leads in the all-time series with a combined record of 3-1-1.

We’ll be featuring several Gauchos in the ones to watch, as senior defender Noah Billingsley and senior midfielder Thibault Candia have already made an impact with both players each notching a goal and assist in the NCAA Tournament. However, UCSB’s forwards are the clearcut difference makers as junior Rodney Michael and senior Will Baynham are responsible for getting the Blue and Gold on the scoreboard. Michael, with three goals to his name, and Baynham, with two, have been crucial all season long for the Gauchos and will surely showcase their talents through the remainder of the NCAA Tournament.

On the Hoosiers’ end, freshman midfielder Aidan Morris is the key playmaker as he set up another goal in Indiana’s second round bout against Kentucky and leads his side with 8 assists on the season. But it is who Morris set up that is the real danger man for the Hoosiers: freshman forward Victor Bezerra, the team leader in goal scoring, scored a hat-trick last time out. Bezerra has 8 goals and 3 assists to his name this season and the Gauchos will surely pay special attention to this in-form striker.

Depending on the results from the round of 16, either UCSB or Indiana will face off against the winner of the Michigan and Wake Forest game in the quarterfinals.

With the holidays upon us and the best of NCAA’s Division 1 battling it out, the month of December will be truly exciting for collegiate soccer fans as the top 16 remaining programs will continue to fight for a chance to play in the College Cup in Cary, North Carolina.

UCSB visits Indiana this Sunday, Dec. 1, as the round of 16 in the NCAA Tournament kicks off at 9 a.m.