The Daily Nexus
Fine Arts
Launch Pad Brings an Exciting Performance of “What Martha Did” to UCSB
November 21, 2019 at 3:37 pm by Jennifer Sor 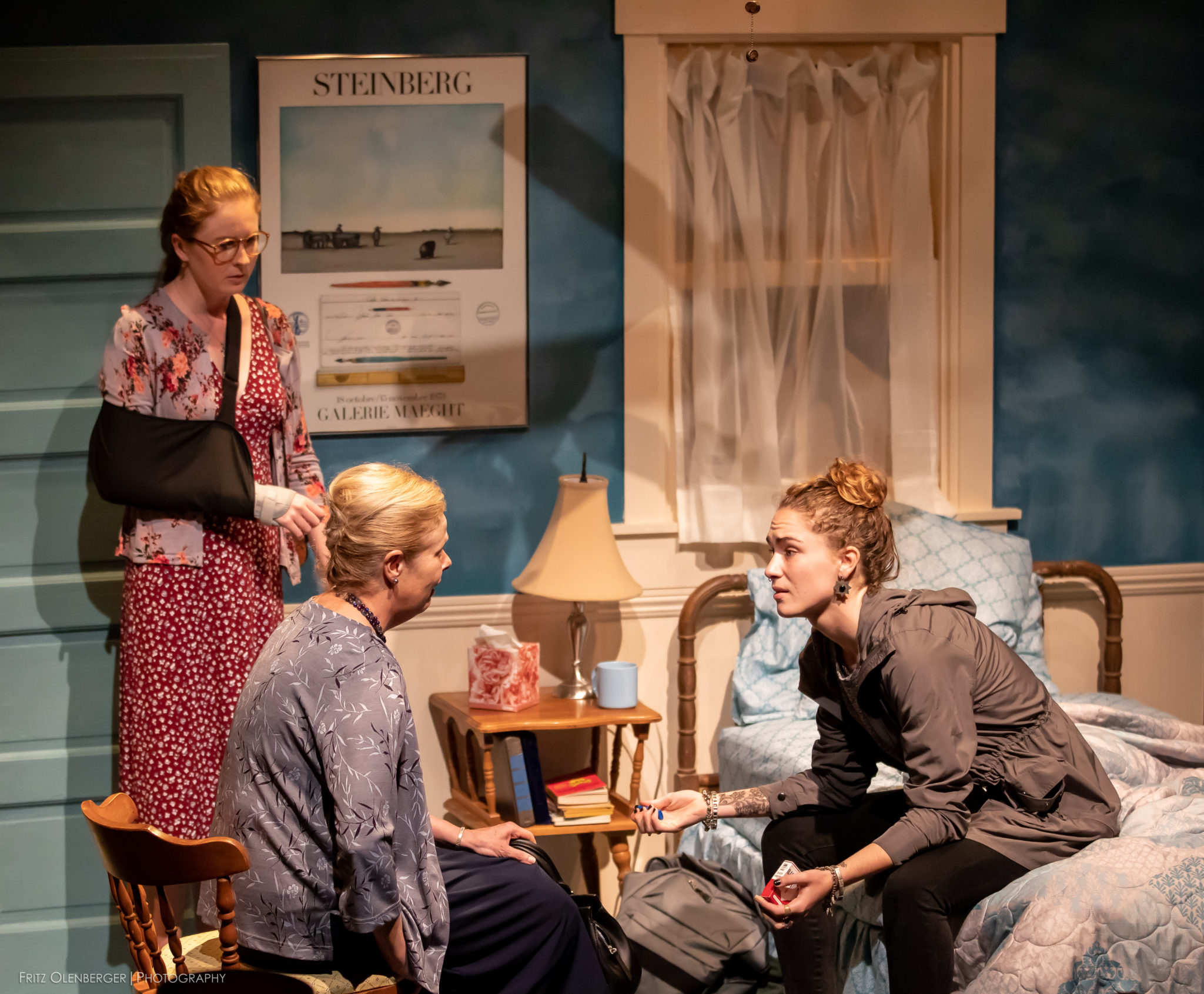 Launch Pad’s latest production, “What Martha Did,” hit UC Santa Barbara’s Performing Arts Theater this past weekend. As expected, the play attracted a sizeable audience, with the first three showings bringing in a packed house.

Launch Pad, a program that secures professional playwrights to work alongside Theater and Dance students, produced the play under the guidance of Enid Graham. Graham, who is best known for her work as a Broadway and television actress, penned the script for “What Martha Did” in 2015. The play has since been honored at the Eugene O’Neill Theater Center’s National Playwrights Conference and the American Blues Theater’s Blue Ink Playwriting Festival and is UCSB’s 15th Launch Pad production.

Although Graham humbly describes herself as an “emerging” playwright, that is far from the impression given in UCSB’s small black box theater. “I feel like I’ve hit the jackpot with Launch Pad,” Graham said in a press release regarding her workshopped production. “I feel really lucky to be having this experience in a place with so much talent and devotion to the process.”

The large and talented ensemble of a college BFA program is precisely what Graham needed to bring “What Martha Did” to life, a tragicomedy filled with complexity. Martha Fisher, played by Alexandra Singleton, takes her own life shortly after publishing a book of positive aphorisms. Her suicide is not only paradoxical but leaves her family and friends still reeling from the loss 25 years later. How do they reconcile Martha’s cheery, optimistic poems with her suicide? How do the other characters make peace with the fact that Martha is not the person others thought her to be — and in a sense, neither are they?

It takes the viewer some time to make sense of Graham’s complicated storyline. The audience is left disoriented for the first chunk of the play, tasked with stitching together a family history they can barely understand. That being said, the mental effort required to piece together the play proves to be a rewarding process for the viewer and communicates a larger point about grief: Losing a loved one is disorienting, and we may never be able to stop ourselves from going back to the past and trying to make sense of it. 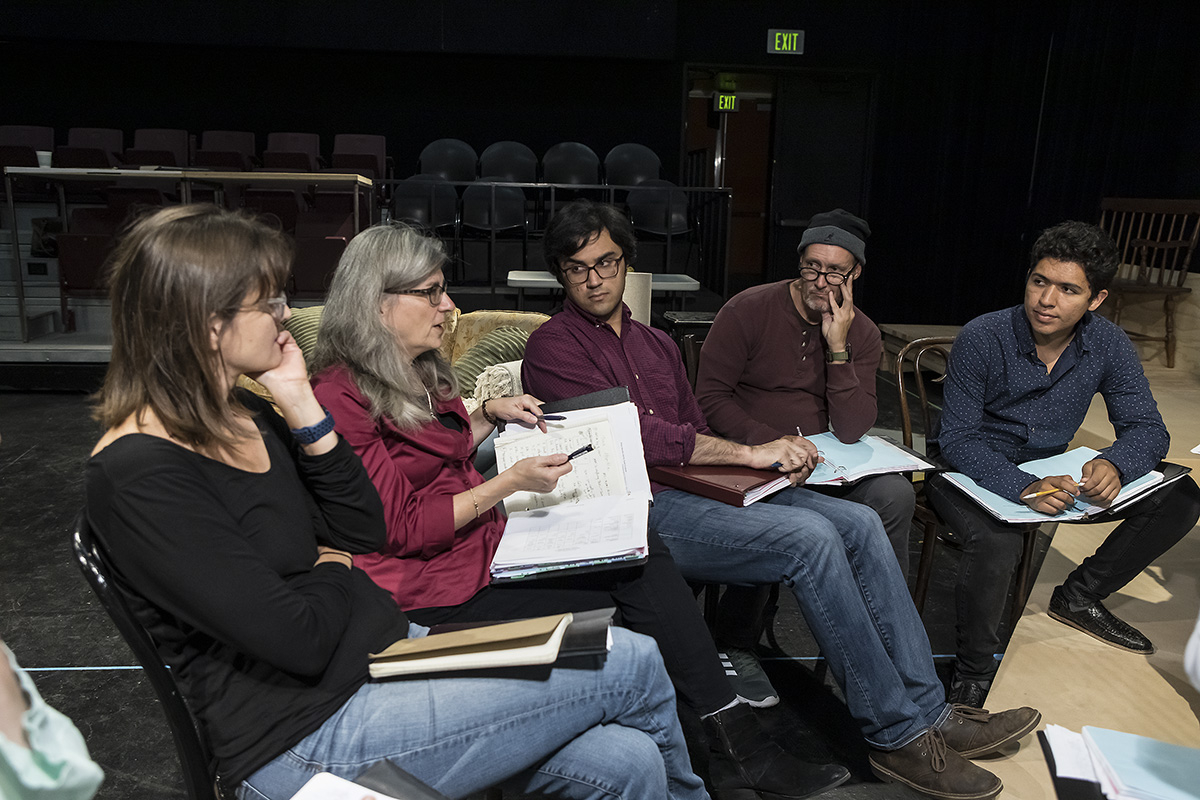 Additionally, it is never clear to either the characters or the audience why Martha kills herself. The most haunting moments of the play are arguably the beginning and the end, in which a recording of Martha prior to her death is played for the audience. She describes her book of poems, which argue for the joy of being alive, as a “portrait” of what she once believed. Graham appears to be leaving an open-ended question for the audience: Is life always as joyful as it once seemed when you were young?

The circumstances of Martha’s suicide remain perplexing, but seeing her friends and family scrambling to host a dinner in her childhood home makes a poignant claim about growing up. Becoming who you really are is filled with pain, regret and listlessness. Evidently, it is an unavoidable process for everyone.

The cast is remarkably adept at portraying this truth, capturing a nuanced profile of a grieving family. The play is filled with stunning displays of emotions. Mrs. Fisher, played by Julie Fishell, throws her head back in a dramatic arc as she describes the family’s loss. There are too many moments like these to describe as every single one of the cast members delivers a rich, heartfelt performance.

The sheer talent of the cast makes it hard to remember many of the actors are college students, which makes an interesting point in and of itself. The play speaks to the difficulties of growing up and reconciling with one’s past, which is precisely what the college-aged audience and cast members are going through themselves. The irony of “What Martha Did” is that it showcases the hardships of growing up through the very people in the midst of those hardships.

“I think the play speaks to college students because […] we all go off in our lives and we become the people that we become and then we come back to our families and they think that we’re 12,” Graham said in an interview with the Department of Theater and Dance. “How can we move on from the events of our past and blossom into adults around the people that remember us as children?”

She poses an intriguing question to viewers of the play, particularly for those in the throes of their undergraduate years.

Another UCSB Theater and Dance production, “The White Card,” will play this weekend at the Studio Theater. “The White Card,” a drama that explores issues of art and race, will run a total of six times this weekend, with opening night scheduled on Thursday, Nov. 21 at 8 p.m. As always, tickets for UCSB students and alumni will be $13 pre-sale and $15 at the door.