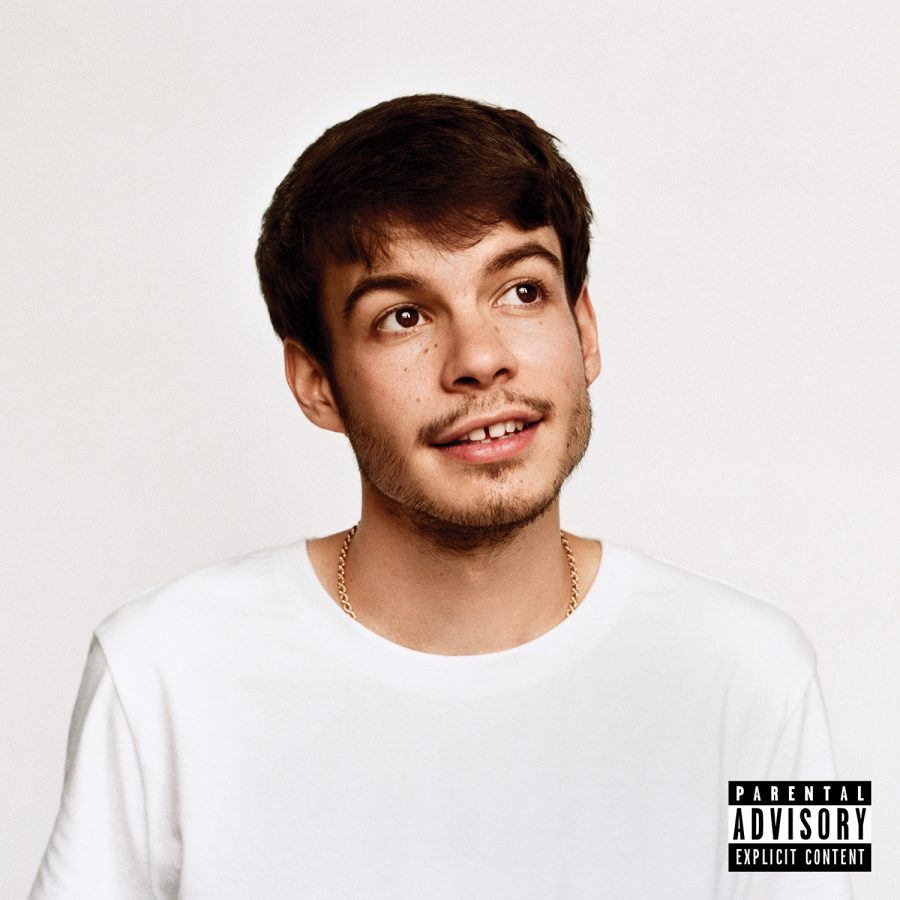 Courtesy of The Suffolk Journal

Released in late October by Sony Music Entertainment, Rex Orange County’s third LP and major-label debut, “Pony,” graduates from the homespun, DIY aesthetic that characterized much of Rex’s earlier work into a polished album packaged for easy consumption—and loses much of Rex’s personality in the process.

Tracks like album opener, “10/10,” are met with the introduction of sawing synthesizers and hyper-electronic percussions that leave just barely enough room for Rex’s vocals to grapple with the themes of pain and heartbreak that comprise much of the album. The meaning behind the track’s repetitive refrain “I did it again” is left completely unknown and is overwhelmingly unimaginative, with the track’s lyrics being a series of equally unrelated and vague concepts flurrying between aspirations of self-improvement and feelings of regret.

Rex’s tepid act of dancing around the dark subject matter that characterizes much of “Pony” is similarly evident on cuts like “Face To Face,” which finds Rex simply recalling “We stayed up, I threw up in that house” as perhaps the boldest and most descriptive line on the album—a feat to no true accomplishment.

Yet this sense of looking through a half-closed curtain into Rex’s internal turmoil on “Pony” is a regression from much of the 21-year-old’s previous work.

Tracks like “Untitled” off of his 2017 album, “Apricot Princess,” exhibited a much more confessional tone with Rex facing his vices head-on as he contemplates, “So if for any reason there’s some miscommunication or I’m lying to her face / My immaturity and habits getting in the way.” Thus, the majority of “Pony” seems like a departure from the stripped-down and unfiltered perspective that was once commonplace in Rex’s earlier catalog.

Still, tracks like “Always” provide at least shallow attempts at unearthing the roots of the young artist’s struggles as he adapts to the pressures of fame and life in the public eye.  As Rex relies on the support of his loved ones, “Reminding me that I’m not the only one,” he seems acutely aware of the commonplace nature of his sorrows and is careful not to indulge them too deeply.  It is perhaps with this sentiment that he glosses over much of his own pain, taking a backseat in the comfort of a vague exploration of sorrow, leaving the track impersonal and undescriptive as he resigns, “I’ll always be the way I always am.”

On “Stressed Out,” however, Rex delivers a song of perhaps the strongest conviction on the entire 10-track album. Calling out directly the pitfalls of selfish friendship, Rex reflects, “They wanna lie and still be friends / But when you’re at your worst, they’re not there,” and highlights the vulnerability that comes with fame and wealth as he sings, “They wanna take what’s yours / They wanna go for dinner on your name / I let them take control and take me for a fool.” Thus Rex seems capable of calling things as they are, but at a track length of only one minute and 45 seconds long, the song seems like a brief idea that was never fully fleshed out, fading to an unsatisfying end.

Such is also the case in piano ballad “Every Way,” which finds its strength in the singer-songwriter aesthetic that first brought Rex to fame as he professes with the intimacy of a private conversation between two lovers, “I think about you in every single way.” Still, the track comes across as more of a brief motif than a full song as it concludes at just over two minutes. It’s as though Rex has nothing more to say on the matter that seems most personal to him, or would otherwise prefer not to.

It is only upon the album’s closing track, “It’s Not The Same Anymore,” that Rex’s raw intimacy is fully realized and aptly explored. Further struggling with the pressure of fame and growing into adulthood, Rex meditates over haunting acoustic guitar, “I lost the joy in my face / My life was simple before.” Rex looks dead in the eyes of that which he only alluded to for the previous 30 minutes of “Pony,” and upon the album’s conclusion it becomes clear that for the artist and the music itself, “It’s not the same anymore.”