The Daily Nexus
News
Die Up: Cal Poly and UCSB Face Off at Beer Die Tournament
November 14, 2019 at 12:33 am by Aayush Dixit

UC Santa Barbara’s longtime rivalry against Cal Poly was put to the test once again last Saturday, when beer die enthusiasts gathered for the annual Dyeislife tournament — a matchup that saw the Gauchos and Mustangs compete fiercely for the win. 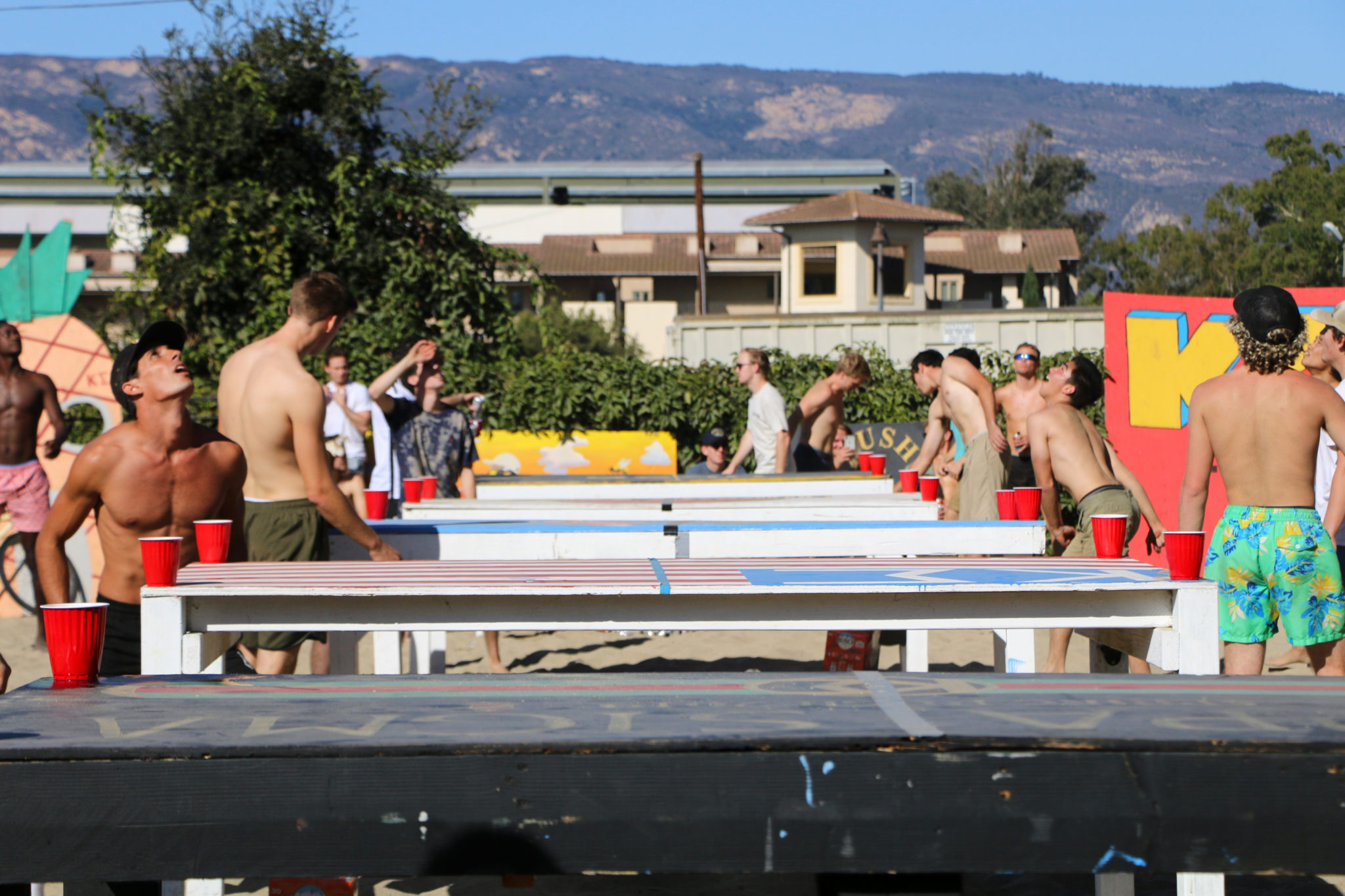 But the Mustangs brought an aggressive push that resulted in an early lead, one that UCSB ultimately was unable to overcome. The final score was 11-2, with the Mustangs taking home the championship.

“I came here to play with some of the best people around and improve my game,” said Miguel Del Real, a second-year student at Cal Poly hailing from Santa Cruz. Del Real has been playing beer die since his sophomore year in high school.

“It’s my second year coming here, and you know, Santa Barbara’s kind of the place to be for this stuff.”

The tournament, held at the Kappa Sigma fraternity sand pit, drew a large number of players and spectators. Its host, Dyeislife, was founded in 2015 by Tanner Guisness, a marketing major who studied at the University of Colorado Boulder.

Guisness said he began playing beer die in his sophomore year of college and discovered his passion for the game through his time in college.

After graduation, Guisness started an Instagram page — @dyeislife — which grew rapidly as he went from college to college and currently boasts over 91 thousand followers. Now, Dyeislife is a business that he runs with his partner Jack Hagerty, a former SBCC student, that manages die beer die tournaments across the nation.

Guisness primarily manages tournaments at East Coast colleges such as Penn State and Clemson University while Hagerty handles the majority of the northern California events.

“We’re just spreading the gospel of die across the country,” Hagerty said. “We just want to teach the kids what’s good. I mean, look at this energy, it’s so electric.”

“My goal is to have every backyard set up with a die table,” Guisness added. “Sand, astro, turf? Doesn’t matter, man, I just want kids playing this game. A lot of people think it’s bad because people are drinking, but hey, better beer than chugging a whole handle by yourself, you know what I mean? At least here with die, there are rules and you have to space it out.”

Gusiness and Hagerty also mentioned that Kappa Sigma was instrumental in getting the event off its feet; the fraternity inspected the sand pits to be free of glass and set up the tables up for the event.

Despite playing the game for years, Gusiness still finds himself reminiscing about Santa Barbara: its weather, picturesque environment and — not to mention — the joys of spreading beer die spirit.

“No one does it quite like Santa Barbara,” Gusiness said. “I mean, look around. Beautiful blue skies, tons of dudes, tons of beer and tons of die sports. It’s a beautiful thing.”