The Daily Nexus
Outside Opinions
Stop the Spraying of Herbicides on Our Campus
November 11, 2019 at 8:00 am by Sheina Crystal 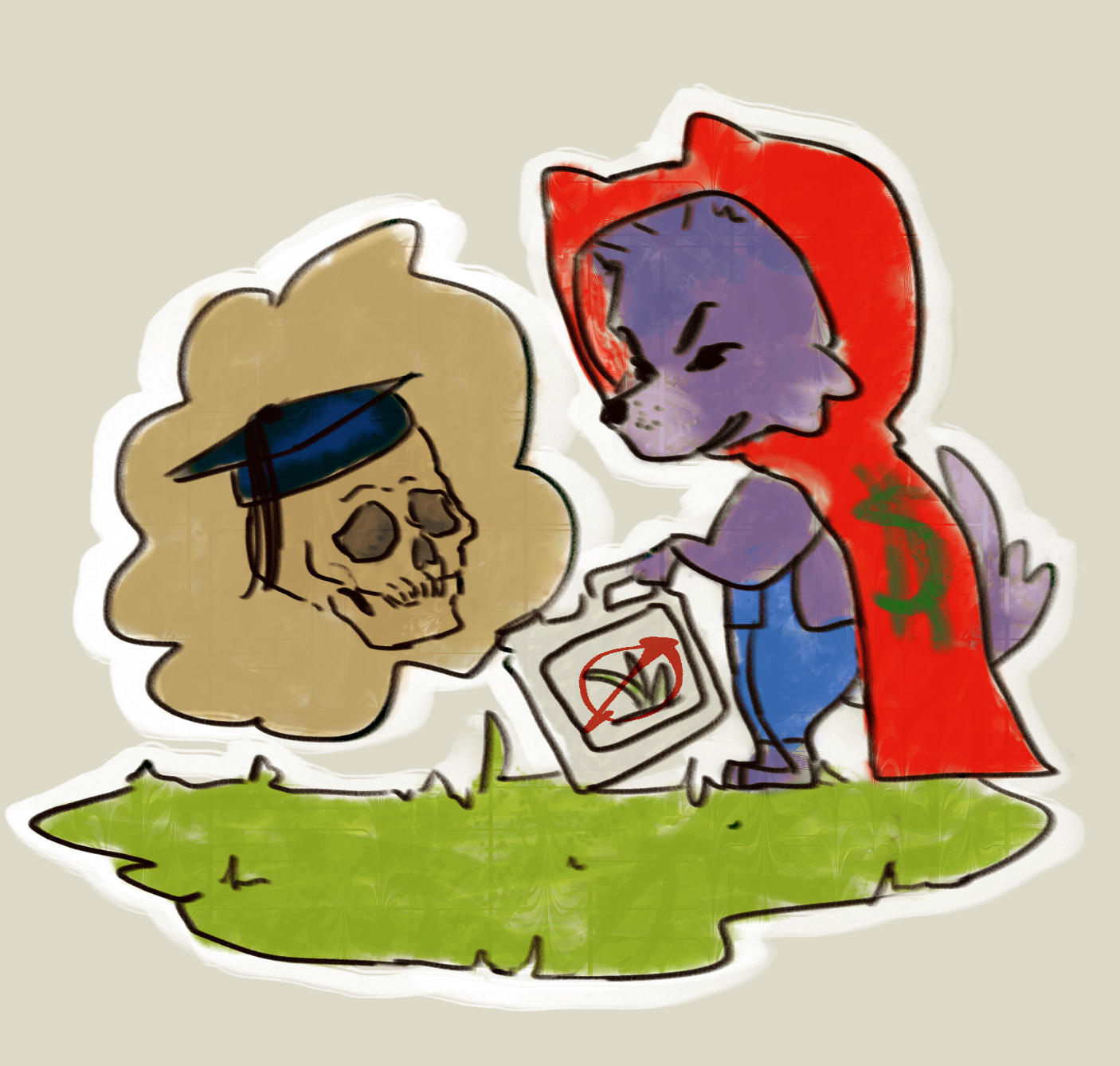 A year ago, if someone said that the UC system enables the spraying of toxic, cancer-causing chemicals on my campus, I would have responded with skepticism. If someone told me that large agrochemical giants like Bayer-Monsanto and Syngenta, makers of these chemicals, contribute upwards of $31 million in funding for research to the UC system, I’d fact-check them. As a proud UC student, I was surprised and disappointed to learn that all of this is in fact true.

Last spring I learned of an issue that in my four years as an environmental studies major at UCSB I had barely ever heard of: widespread toxic herbicide use within the UC system. This issue is not one-dimensional nor easily fixable; there are many stakeholders and many justifications. Education on the alternatives to herbicide use is limited, and it doesn’t help when UC’s own Division of Agriculture and Natural Resources emphasizes the negative impacts of weeds, as opposed to the negative impacts of weedkillers. The issue relates to a broader issue of institutional priorities that have, time and time again, put students, faculty, employees and community members at risk.

A brief history: In the spring of 2017, Mackenzie Feldman and Bridget Gustafson showed up for Cal beach volleyball practice, where their coach cautioned the team not to chase after the balls that rolled off the court. The groundskeepers had just sprayed an herbicide in the surrounding area. Bridget and Mackenzie were shocked to learn that the herbicide sprayed was Ranger Pro, which contains a high amount of glyphosate. This was two years after the World Health Organization had ruled that glyphosate was a probable human carcinogen. Bridget and Mackenzie asked the groundskeepers not to spray anymore, and in return, the volleyball team would pick the weeds themselves.

Since this incident, Mackenzie, now a UC Berkeley alumna, and Bridget, currently a senior at UC Berkeley, have worked tirelessly to raise awareness about the use of glyphosate and other toxic herbicides throughout the UC system. Together they launched the Herbicide Free Campus campaign to reduce and eventually ban the use of toxic herbicides. Due to the pressure that this student movement put on the UC system, the President of the UC System, Janet Napolitano, temporarily banned glyphosate last May. Along with the ban, Napolitano established the UC Herbicide Taskforce, comprised of faculty members and other key stakeholders, including Bridget Gustafson herself. The Taskforce met with experts within and outside of the UC system to learn more about this issue. They will be providing unbiased recommendations next week to the President regarding the future use of glyphosate and other herbicides.

However, it turns out that the Taskforce was not completely unbiased. UC Davis plant and weed scientist Brad Hanson, one of the specialists appointed to the Taskforce, receives funding from Bayer-Monsanto. Hanson put together a panel of experts to talk to the Taskforce, and at least two individuals he chose have ties to Monsanto. One expert he called on, the director of the UC Weed Research and Information Center, Dr. Kassim Al- Khatib, was paid by Monsanto to testify in favor of the company in the Dewayne Johnson v. Monsanto Company trial. Dewayne Johnson later sued Monsanto because soon after, a piece of equipment malfunctioned. He was doused in Ranger Pro and consequently developed Non-Hodgkin’s lymphoma, a type of cancer. The jury awarded Johnson $289 million, which was later reduced to $79 million, but Monsanto continues to insist that their product is non-carcinogenic.

When Hanson’s conflict of interest was exposed, his voting privileges in the UC Herbicide Taskforce were revoked and he has since resigned. While this was a small victory in attempting to rid Taskforce decision-making of corrupt corporate influence, it remains to be seen what the President and the UC Regents will do regarding the use of glyphosate and other toxic herbicides on campuses across California.

Reducing herbicide use on campuses can be challenging. Land managers have budget constraints and aesthetic goals to reach. There are costs and benefits: organic herbicides can be more expensive and require more frequent applications, but they keep both the land managers and the soil healthier. Treating the root causes of weed growth, such as soil imbalances, can be time-intensive upfront, but reduce later need for herbicides. As seen at Harvard, organic land management can save both money and water.

I think this problem would be easier to solve if our priorities change. If we prioritize the health and safety of the land managers, students and faculty on these campuses instead of prioritizing weed-free sidewalks and medians, would it be all that bad? We should focus on restoring soil health and microbial content and growing plants that promote carbon sequestration to fight climate change rather than trying to rid all mulched areas on campus of weeds.

While these questions of institutional priorities loom large, it is imperative that the UC system reconsider its use of toxic herbicides and the influence that big industries have on the opinions of decision-makers.

If you would also like the UC Regents to prioritize the health and safety of students, land managers, faculty and communities that surround campuses across California, I urge you to email UC President Janet Napolitano to voice your concern and express your support for a full, permanent ban on glyphosate and other Proposition 65 herbicides, and to make the UC system synthetic herbicide-free ahead of her ruling. Her email is president@ucop.edu.

At what cost will we go to keep our campuses weed-free? I don’t know about you, but I will take a few weeds over putting our groundskeepers, communities and students at risk of developing cancer.

You need to spend more time in a chemistry lab and less time trying to manufacture social relevance for yourself.

Maybe you need to spend less time being a hater

He was telling the truth. Those who, like you , oppose the truth are the haters.

Glyphosate does not cause cancer. Full stop.

What *does* cause cancer (of the brain mostly) is relying on fearmongering activism to make yourself appear “woke” instead of manipulated.

Science over internet rumors and uniformed juries who are incapable of understanding scientific data.

\and you are “iformed”? Do you want to drink some glyphosate? Monsanto says it is so safe you can drink it. TRUST them.