The Daily Nexus
Sports
Gauchos Fall To CSUN Matadors In Big West Semifinal
November 11, 2019 at 8:21 am by Kunal Mehta 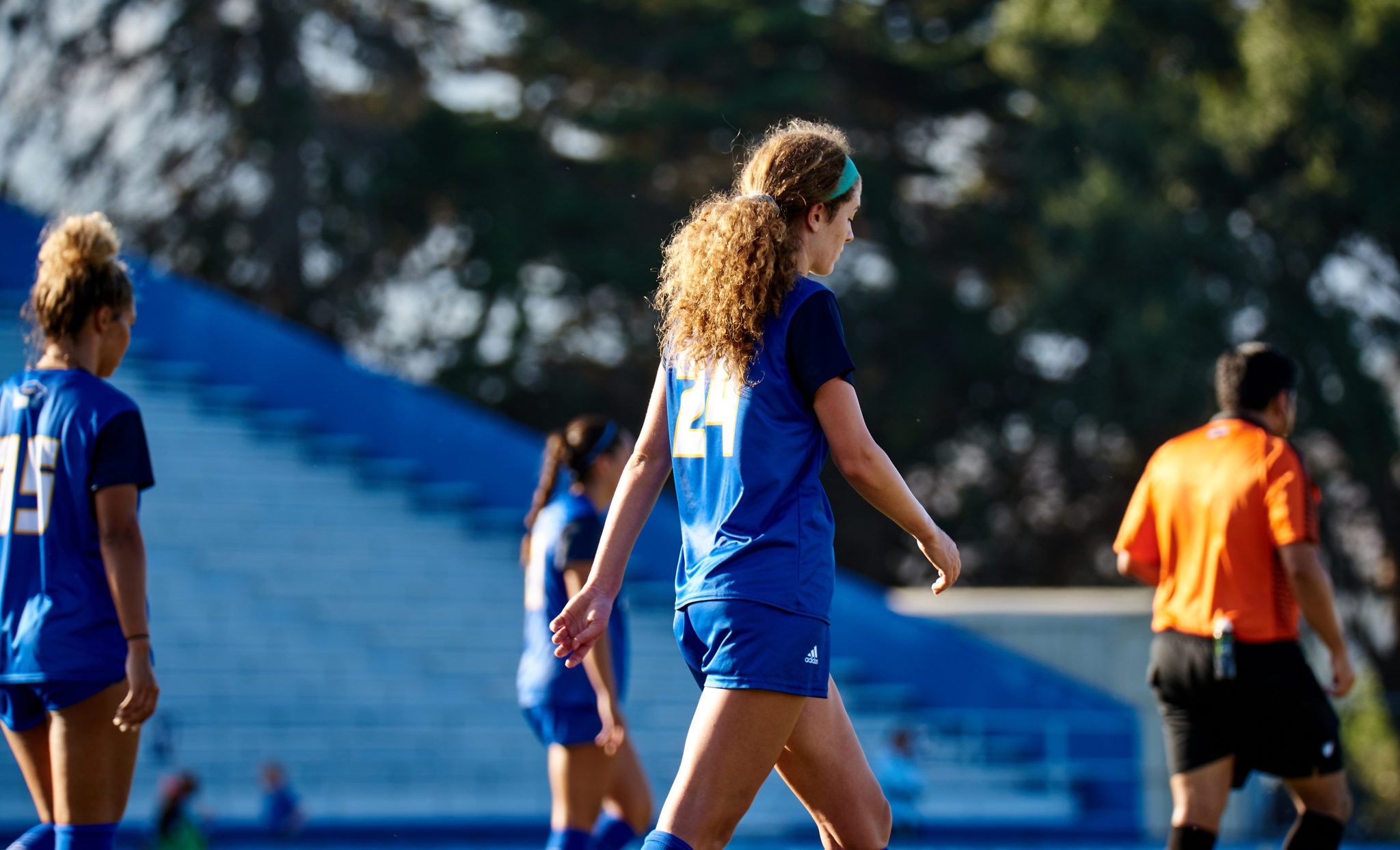 In their last matchup, Santa Barbara finished with a tie against UC Irvine where the team was simply unable to find the back of the net in overtime. Senior forward Shaelan Murison and sophomore defender Lauren Hess scored 1 goal each for the ‘Chos. After grabbing a 2-0 lead, UCSB gave up 2 straight goals that were only 42 seconds apart in the 80th minute of the matchup. The game would end in a tie as neither team was able to score in the overtime periods.

The Matadors, 11-7-3, were looking to pick up their 12th win of the season as well as their second win against the Gauchos. Cal State Northridge is led by junior redshift forward Bethany Fitzsimmons who has 6 goals and 2 assists on the season. On the defensive side of the field, sophomore goalkeeper Amanda Delgado anchors the defense as she has posted an impressive 76 saves along with a save percentage of 80%.

The second half was much of the same as neither team was able to find the back of the net. Cal State Northridge did find their rhythm though as the Matadors were able to put 7 shots on frame but were still unable to score. Both goalkeepers had played really well entering regulation as they combined for a total of 15 saves in regulation.

In overtime, sophomore forward Alexis White scored the golden goal to punch the Matadors’ ticket to the Big West Conference final. It was a disappointing loss for Santa Barbara as the squad had multiple opportunities to take the lead during regulation.

Although UCSB did not finish the season the way they would have liked, it was still a very successful season — the team was able to finish with 8 wins. One of the main focuses for next season will be for the team to learn how to win the close games as they finished with 5 ties this season. With a year of experience for ‘Chos, there is a lot of confidence amongst the team to grow and turns those ties into wins next season.

That being said, it will be important for a scorer to emerge next season as this was the last collegiate match for star forward Shaelan Murison. Murison finished the year with a team leading with 17 goals and 7 assists. She was undoubtedly the team’s best offensive player and her production will definitely be missed next year.

Another player that will be missed is senior goalkeeper Hanna DeWeese who was incredible in front of goal this season. DeWeese tallied 5 shutouts, 47 saves and a save percentage of 74.6%.

The future is bright for the team however as there are many freshmen this year who will grow into their roles next year as they look to make an impact. For head coach Paul Stumpf, this season can be built upon for next year where the ‘Chos will look to compete for the Big West title once again.