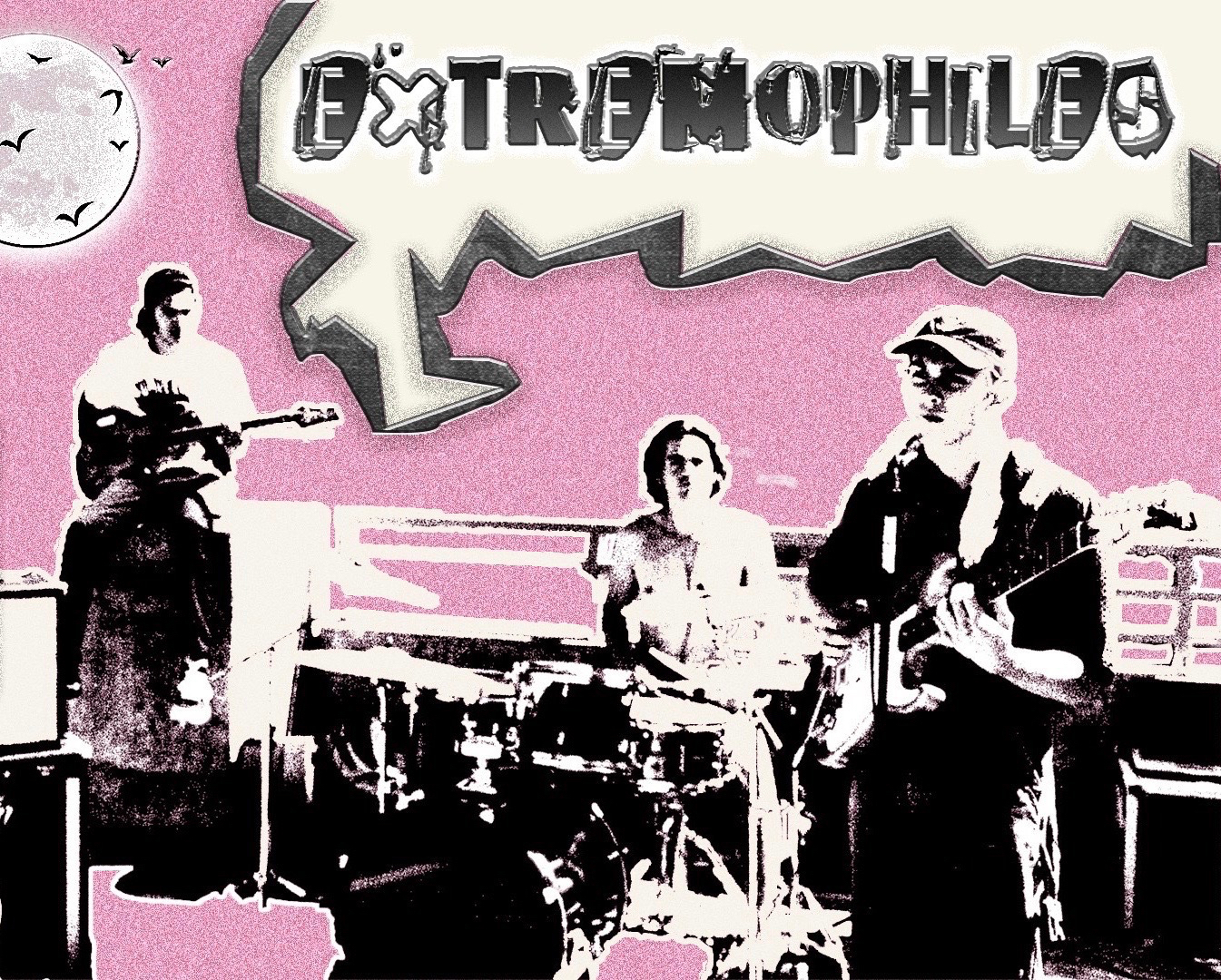 The Noon Storke Show series is back for a Halloween special with a laid-back performance by Extremophiles, inviting Gauchos to come together and mellow out under the final day of October sun. Those who were lucky enough to catch the hour-long ensemble were graced with good vibes from the Isla Vista/Temecula masterpiece.

Consisting of Jaden Stodart on bass, Aston Flores on guitar and Charlie Kernkamp on drums, the guys make up a perfect alternative trio. In terms of the set, the band was off to a great start as a drum solo rocked the audience. For a solid two minutes, using just their instruments, Extremophiles drew in an ecstatic crowd — the lyrics were just the icing on the cake. From their first album, “Meadowview,” the boys played “Summertime Sunshine,” a beachy track reminiscing about a girl and good times. The next song was “What Am I To Do,” slowing down the beat with a nostalgic tune; think the ending of a classic movie — absolutely fantastic. After the song’s completion, the band shouted, “This song goes out to Hannah!” Unfortunately, it wasn’t me they were talking about, but engaging with the crowd added to the overall excitement of the show.

Erupting into another hit, “Am I Sleeping” from the album, the song brought everyone into deep thought: “Are we sleeping… or are we dreaming?” From the firsthand experience of midterms last week, I’m sure we’re all sadly just sleeping. The relaxing beat took a turn as they played “Grass Is Greener,” the perfect melody for a long drive down the Pacific Coast Highway. Just as the beat picked up, it returned to a soft lull. This was 100% a crowd-pleaser.

Coming to a close on their new material, the band insisted the crowd gather around the set before they played their original hits. Naturally, the concertgoers flocked to the stage doing cartwheels, swinging each other around and head-moshing in pure bliss. The band was truly on fire at UC Santa Barbara’s campus, especially with two-thirds of the band members sporting flaming red hairstyles.

Taking us out of I.V. and into the city, the band began to close their set with their song “Subway,” from the album “Visual Audio,” something us beachgoers can hardly relate to. As the lead guitarist threw his electric guitar behind him and continued to rock, the audience was over the moon. Extremophiles finished off with “Babylon,” including an intense, fist-pumping drum solo. The show was the perfect afternoon activity for a UCSB Halloween.

Not Charlie from Extremophiles

Hair Dye for Jaden Fund
Reply to  Not Charlie from Extremophiles

Except only 2/3 have flaming red hair. Sort of disappointed.