The Daily Nexus
News
So Mushroom for Growth: New Psychedelic Club at UCSB Aims To Shift Conversation and Culture
October 31, 2019 at 12:02 am by Sean Crommelin

A “psychedelic renaissance” is unfolding in the field of neuroscience, and capitalizing on this movement is one of UC Santa Barbara’s newest clubs: The Psychedelic Club of UCSB. 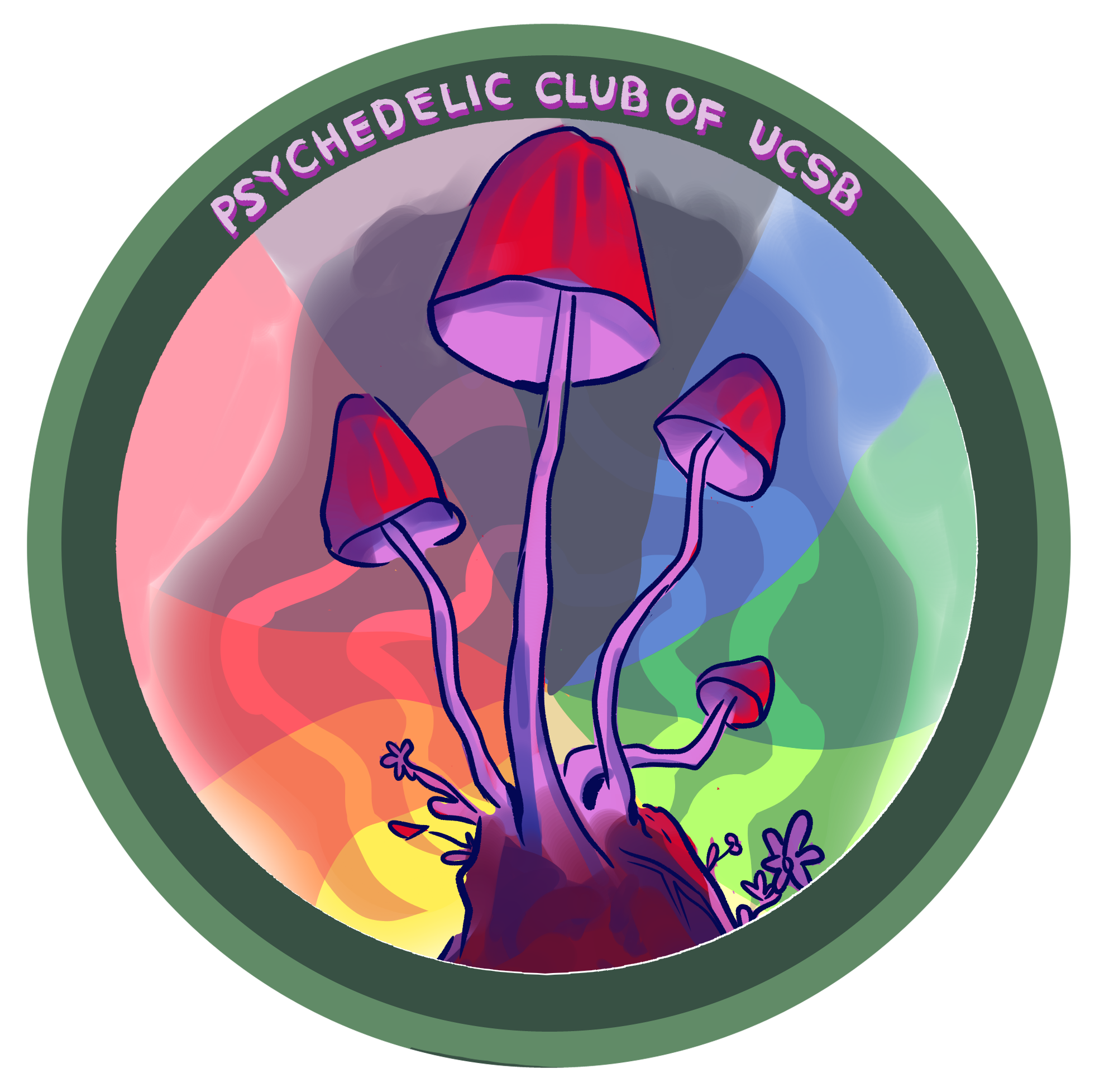 Long associated with the hippie and counterculture movements, the widespread availability of psychedelics and other substances in the 1960s attracted the concern of governments worldwide, leading to the passage of the Controlled Substances Act in 1970 and the further stigmatization of psychedelics in American culture.

“Ever since psychedelics were criminalized by Nixon around the early ‘70s, it’s been hard to use them in research or therapy,” Emily Gworek, fourth-year biopsychology major and cofounder of UCSB’s Psychedelic Club, said.

But this is changing — the conversation and culture around psychedelics is beginning to shift, she emphasized.

“Over the past couple of decades … people have been pushing those bureaucratic boundaries and working the drugs through clinical trials,” Gworek said.

The first branch of Psychedelic Club was established at the University of Colorado Boulder in 2014. Psychedelic Club’s overarching mission is to “increase mainstream cultural awareness and acceptance of psychedelics,” according to a statement from its website.

“On the very basic level, we want to be a safe space for people to come and talk about whatever interest they have in it. Bad or positive experiences, life-changing experiences. We want them to be able to connect with people about [psychedelics] and learn,” Kerrigan, a fourth-year biopsychology major, said.

“A lot of us are biopsychology majors; we know how [psychedelics] work on your brain and how it affects your body. We want to actually inform people on that and actually talk about research.”

Psychedelic Club of UCSB is the first branch of Psychedelic Club in California and the 10th in the nation, with other branches located in Colorado, Arizona, Utah, New Mexico, North Carolina, Virginia, Connecticut, Pennsylvania and Maine, according to its website.

Gworek first became aware of Psychedelic Club while browsing research on the Multidisciplinary Association for Psychedelic Studies (M.A.P.S.) website, stumbling upon a link to the organization.

At the same time, Gworek was starting to have conversations with other UCSB students surrounding their shared interest in psychedelics research. Over the summer, Gworek communicated with Santhanam over text, although they didn’t meet in person until the beginning of this school year.

“[We] see all this valid research — although most of it was done in the ‘60s before the giant ban on drugs,” Santhanam, a third-year psychological and brain sciences major, said.

“There were these incredible findings with people with terminal illnesses. Psychedelics had this capacity to help people accept death or change their attitudes toward death, which I think is phenomenal.”

Research also indicated that psychedelics were effective in managing disorders like anxiety and depression and even had a degree of effectiveness when other medications weren’t working, according to Santhanam.

Only recently have institutions began to address the subject of psychedelics on a large scale, Gworek said. In September, Johns Hopkins University opened a center for psychedelic research: The Center for Psychedelic and Consciousness Research. Funded with $17 million from private donors, it is the first research institution of its kind in the United States and the largest of its kind in the world.

“John Hopkins has opened their research center for psychedelics, which is amazing. I would love to be a part of that and get more labs open to that, although definitely something that needs to happen now is that [psychedelics research] needs to be more structured and have more direction,” Kerrigan said.

Santhanam, Gworek and Kerrigan were also interested in how the everyday person could benefit from psychedelics.

“Psychedelics can allow even your average person to get new perspectives on life and it allows people to be really introspective and remind you how important it is to be present and intentional with the things that you do,” Gworek said.

“When a psychedelic is metabolizing the serotonin receptor, it seems to fire much faster and also can make parts of your brain interact that don’t normally communicate,” Santhanam added.

According to Santhanam, psychedelics allow one to reexamine aspects of their life in manners which are difficult to perform without psychedelics.

Gworek, Santhanam and Kerrigan intend to use the club as a platform to inform people of the benefits and drawbacks to using psychedelics, as well as dispel common misconceptions regarding psychedelics and how they compare to other drugs.

“Psychedelics are not the go-to drugs for most people. You’d be surprised by how many people may have heard about it but don’t even know what a psychedelic is,” Santhanam said.

In the near future, Psychedelic Club would like to bring speakers and advocacy organizations to campus, such as EntheoMedicine, as well as host risk management events in the style of The Zendo Project.

“The EntheoMedicine people are the people that kind of guide you through your trip and they host events in other countries where it’s legal, and they’re kind of guides when you’re on it. They said they’d be interested, and that they really want to talk to young people, Kerrigan said.

The Zendo Project is a program associated with M.A.P.S., which provides psychedelic harm reduction to those at festivals, concerts and other events where psychedelic substances may be used.

“If you’re at a festival and you’re using psychedelics and things get weird and you’re uncomfortable and you’re anxious and you’re overwhelmed because you’re surrounded by thousands of people and pounding music, they provide a safe space where you can go,” Gworek said.

“They have therapists who are trained to deal with people having a difficult psychedelic experience.”

Gworek plans to host a psychedelic harm reduction event in the same vein to teach people about risk management, how to best navigate bad trips and, beyond that, what to learn from difficult trips.

“If something goes wrong like that, that’s an anxiety that a lot of people have about using psychedelics. It’d be nice to educate people on how to best handle those kinds of situations,” Gworek said.

But above all else, the priority of Psychedelic Club is to start the conversation about psychedelic use.

“I’m hoping the club will just be a place where people who are interested in psychedelics or psychedelic research or just the psychedelic experience in general … can just kind of congregate and have those discussions,” Gworek said.

A version of this article appeared on page 5 of the Oct. 31, 2019 print edition of the Daily Nexus.