The Daily Nexus
Science & Tech
Exploring the Cognitive Science of Supernatural Concepts
October 31, 2019 at 9:00 am by Jacqueline Wen

Whether you believe in any of these concepts or not, it’s undeniable that ideas about the supernatural have fascinated humans for centuries.

Tamsin German, a UCSB professor of psychological & brain sciences, developed and teaches PSY 145, Cognitive Science of Supernatural Concepts. Combining multiple disciplines including anthropology, philosophy and history, the class explores the research and theory behind why beliefs of supernatural concepts have pervaded across numerous cultures and why our brains are susceptible to such notions.

“The definition [of supernatural] that we use in the class is concepts or entities or systems of thinking that there’s evidence that people believe in them across cultures, but they’re not things that there is consensus scientific evidence for. They exist outside of our natural scientific understanding,” German said. “And the way we approach it in class is not to make any particular assumption going in about whether those beliefs or concepts are true or false, but just recognize that they’re widely believed across cultures.” 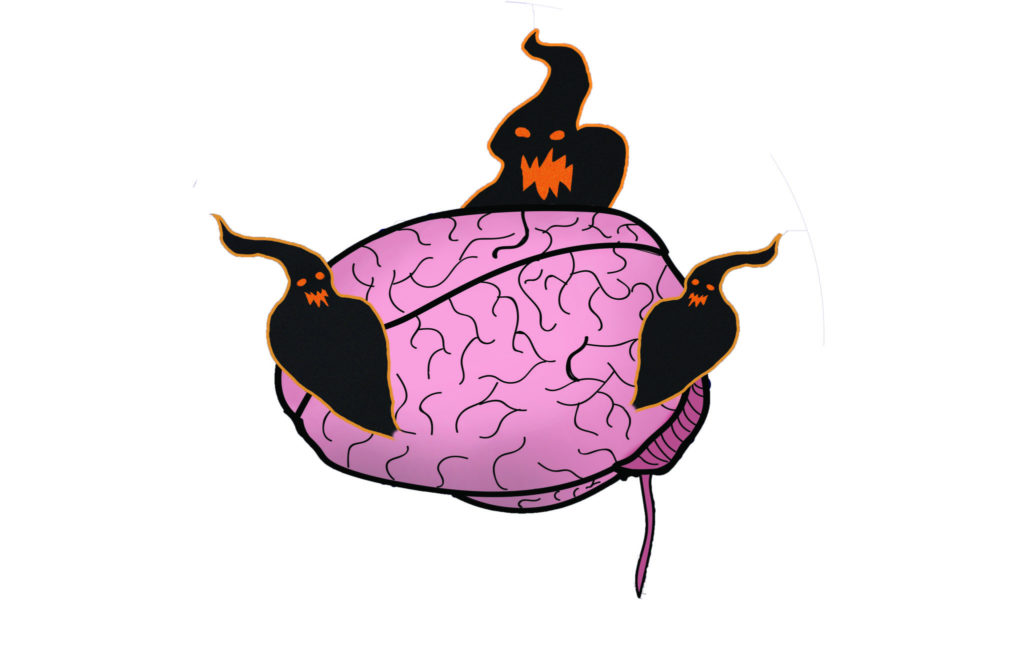 In the course, German covers why supernatural concepts are so widespread, found within specific cultures and across cultures and history. This includes looking at how features of culture work to allow these beliefs to be transmitted from generation to generation and from person to person.

Another large focus is to identify features of how human minds work to enable these beliefs to flourish. “We look at how people see the world as containing patterns and extract meaning from noise, and how, because of the limits on the information that you have, you can sometimes detect patterns that may not be there. Or on closer inspection or with longer to consult, you might come to a different conclusion,” German said.

Much research in psychology has studied how readily humans find patterns in their lives: seeing faces in clouds or seeing events as connected when they’re highly unlikely to have occurred in the same place at the same time. A general feature of our psychology is to infer meaning from those connections even though they may be coincidental, according to German.

From an evolutionary perspective, this propensity may benefit us. “We’re designed to be very good at inferring meaning because that will make us more successful as individuals and within groups, when we can figure out what causes what, when is this stuff there versus not,” German described.

This may also have been a key aspect to humanity’s survival since the prehistoric period. For instance, humans can readily discern inanimate objects from things that move on their own. We’re extremely aware of movement in our environment because of how important it is not to miss them.

This may also explain why we’re more likely to find a face in the clouds instead of a toaster.

So if supernatural beliefs are extremely prevalent, there must be explanations for why, on a large scale, “humans are just supposed to do that.”

In her class, German looks at the general reasons for why as a species, people believe in supernatural concepts and how that may give rise to individual differences.

“People’s intuitions about how likely they are to infer meaning from a particular stimulus has been shown to differ. People can be more likely to see meaning when they’re feeling in less control over their lives than when they’re more in control,” she said.

As for what can cause people to be more or less willing to subscribe to such beliefs is a complicated issue with many factors to consider.

One such way that people can arrive at skepticism is through exposure to a science education, German detailed. “It turns out that scientific concepts are very unintuitive concepts; they’re very hard to grasp. And so, it’s been shown that it’s sort of an effortful process to be skeptical about beliefs when our intuitions drive us toward them.”

This may help explain the apparent discrepancy in which many people describe themselves as skeptical but still feel compelled to explain certain events that happen in their lives through fate or destiny. “Even though they don’t quite understand or couldn’t argue that there was good evidence that someone was arranging things that way,” German said.

German states that it’s not unusual or problematic to simultaneously believe inconsistent things as humans. One example she brings up in her course is visual illusions, such as a set of two lines. Although one line appears longer than the other, they measure at the same length.

“And knowing that it’s an illusion doesn’t make [the effect] go away, right? You can both see the lines as different lengths and know that they’re the same lengths. Nobody is embarrassed by that. Nobody’s worried like, ‘Oh, it’s inconsistent. What am I supposed to do? I’m a victim of this visual illusion.’”

The same applies to our thoughts, with “thinking illusions” that compel us to “see meaning in a very unusual, unlikely coincidence,” according to German. “When enough events happen, sometimes events that you don’t think are very likely will happen. We just really want to explain it. And it’s sometimes not satisfying to take what is actually a very realistic answer.”

Consider winners of the California lottery who have hit the jackpot twice. It seems like a strange coincidence, but upon taking a closer look at the number of people who play, it would be stranger if that hadn’t happened, German said. “But we’re not good at knowing when we’re in the presence of randomness. And so we tend to see lots of meaning.” 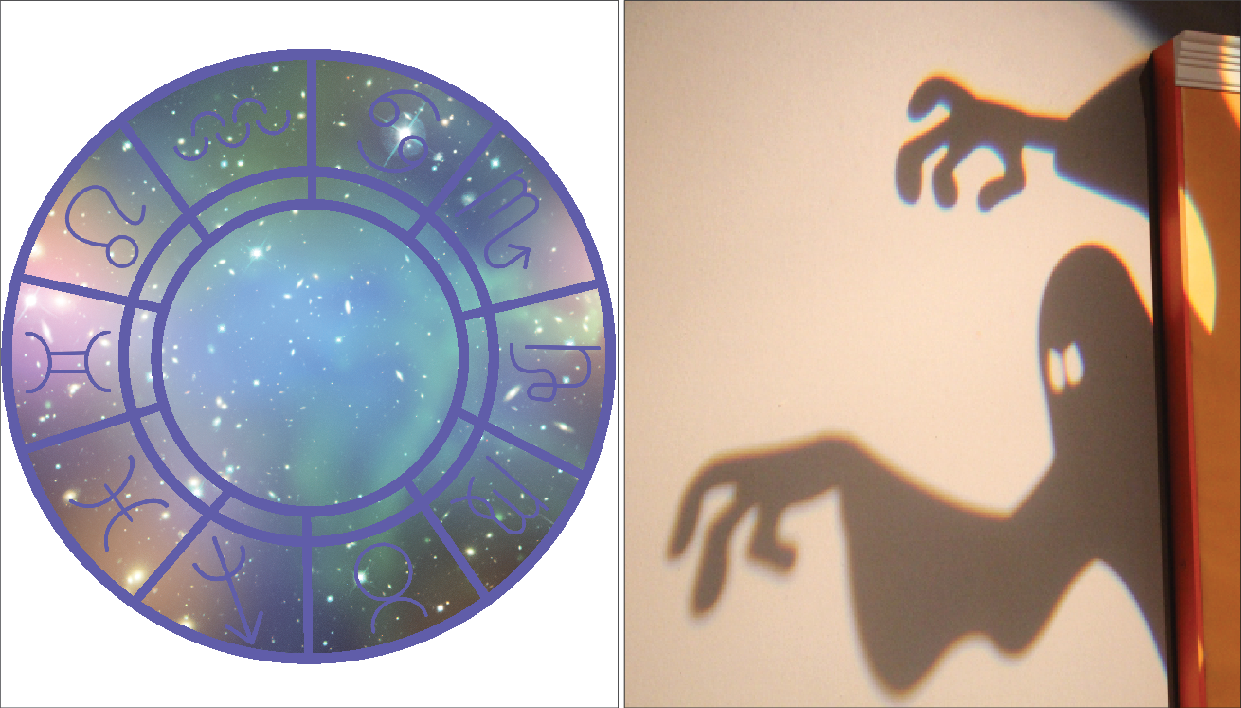 In PSY 145, Cognitive Science of Supernatural Concepts, UCSB professor Tamsin German delves into why supernatural concepts such as astrology and spirits are so prevalent across cultures and throughout history. The course also examines what features of our thinking may facilitate our belief in supernatural concepts. / Aly Witmer/DAILY NEXUS , Courtesy of Wikimedia Commons

Of course, which supernatural concepts people believe in vary greatly. These ideas largely depend on culture and belief systems that are dominant during one’s upbringing. This tracks for why there are many more followers of Islam, Christianity and Buddhism than there are of Zeus and other ancient Greek figures, German said.

Additionally, our reliance on other individuals for much of our acquired knowledge leads us to trust people who are knowledgeable of the local environment, such as our parents or siblings.

German appreciates the “value” of some such beliefs. “It’s easier to understand that the world around us exists for a reason than to contemplate the idea that it’s the accumulation of random processes or animals have the features they do because of natural selection.”

For example, take the belief in an afterlife. The concept appears as different forms in different cultures, whether it be a particular place that your soul/spirit/personality goes to or reincarnation into a different body or that something continues even after your body is defunct.

“There is plenty of scientific evidence that minds don’t continue to work after the death of the body,” German said. “But that can sort of confront us with a rather disturbing situation where [that can be] quite terrifying, right, contemplating one’s own annihilation. And so a belief that, in fact, things don’t end and that we could go on to another place and our existence isn’t over could be very compelling for that reason.”

Instances of supernatural concepts have spread throughout popular culture, including on Halloween. Oct. 31 showcases and even celebrates some supernatural aspects such as ghosts and various monsters.

“I think people are fascinated by Halloween because of a connection to the supernatural,” German said.

As it’s not a holiday premised around a very specific set of beliefs, Halloween allows for wider participation.

“It’s a celebration of all of those things that we can’t explain,” German said. “And science has explained a lot, but there’s still plenty that it hasn’t, so there’s room. There’s room for the paranormal; there’s room for the supernatural to exist. Halloween just brings our attention on it, and I’ll always think it’s my favorite holiday for that reason.” (And, German added, she likes the costumes and candy.)

German stated, “I love teaching this class more than anything else I’ve done … I find it really fun to delve into it. So I’m always motivated to find out the newest thinking on a particular [related] topic.”

Cognitive science is an oxymoron.