The Daily Nexus
Opinion
A Newbie’s Guide to Threesomes
October 31, 2019 at 11:10 am by Anonymous Gaucho

In pursuit of just a smidgen of coochie, I agonize through super awkward moments of trying to put myself out there in my classes, social gatherings, jobs and extracurricular activities. Once I meet people that I am interested in, next comes the overthinking of every word or text I send them. Then comes the cringing over minuscule details that undoubtedly say nothing about whether or not other people are interested in me sexually.

Or maybe I have friends that I feel that I have started to blur the line of friendship with, and now there are a million boundaries that I have to think about and navigate. Regardless, sometimes I actually get to the point where things just so happen to click with one willing participant in my sexual endeavors. 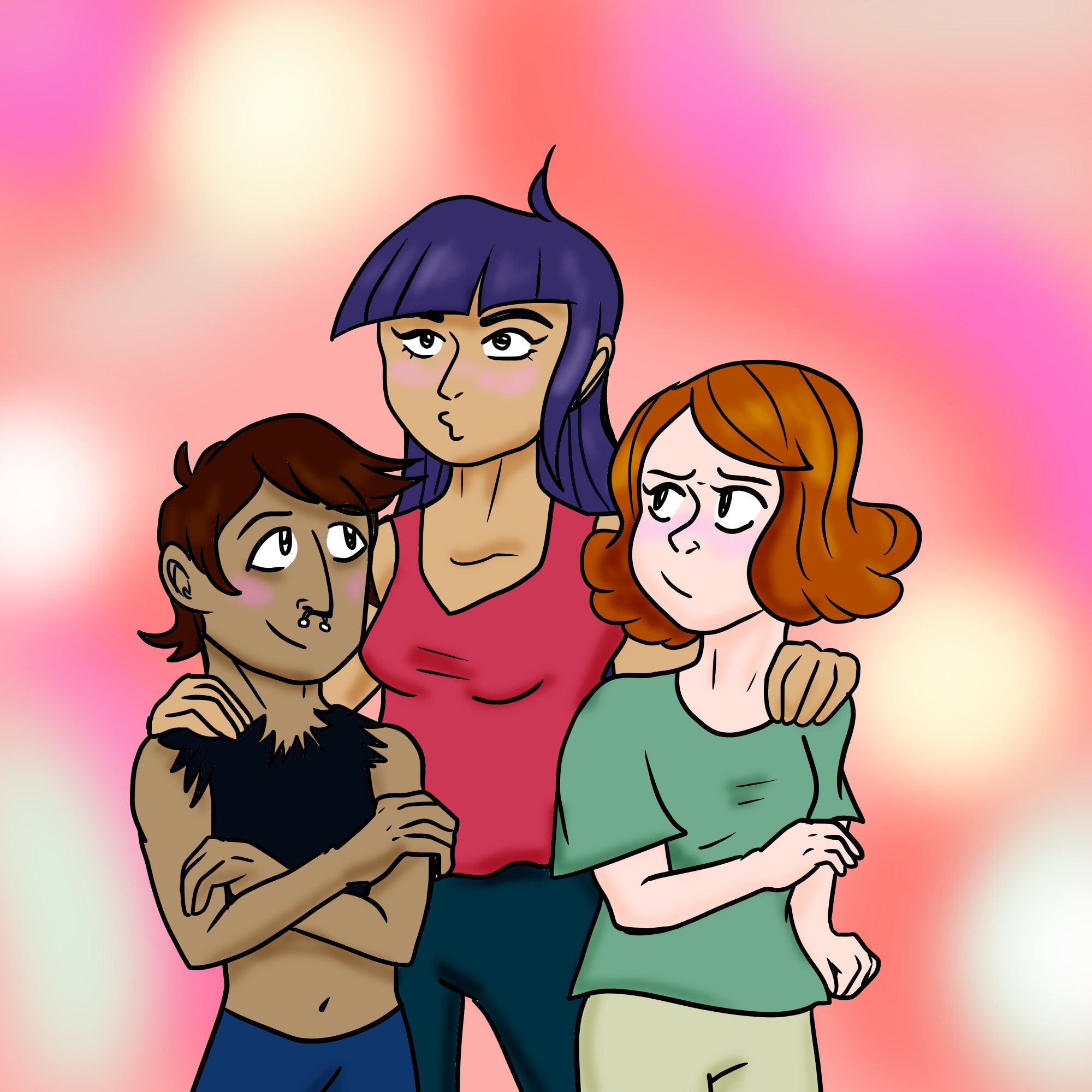 I know this sounds like a DUH! but in order for all parties to enjoy the experience, it makes sense that everyone should have compatible sexual orientations and the desire to sleep with each of the other two parties.

I feel like this step is integral to avoiding any coercion or post-threesome regret. I’ve seen friends agree to threesomes at the insisting of their significant other, only to back out at the last minute because they were never really comfortable with having a threesome to begin with. Even if everyone’s sexual orientations and attractions align, people’s relationship status, gender, sexual orientation or anything else can play a role in the power they have over the other parties. Being conscious of that not only allows everyone to feel respected but also leads to better sex, because everyone is fully into the sexcapades that will take place without even unintentional persuasion.

One hilariously disastrous night, a friend and I met up with an acquaintance and ended up deciding to go back to his place. My friend and I were both quite attracted to each other and to him, so we decided to get down and dirty. Although, admittedly, there were definitely some warning signs we should have picked up on, we were caught off guard when halfway through he asked us to “suck his dick together.” Immediately, my friend and I looked at each other, laughed and said, “Sorry, but we have to go now.”

Beware of having threesomes with couples*

This tip comes with an asterisk. I and many others have had great experiences having threesomes with a couple. Some couples view threesomes as a way to feel closer to each other because they’re having a new sexual experience together. I’ve also found being the “unicorn” to be very sexually rewarding, as both members of the couple often focused on my sexual wantings more. Since they had slept together before, exploring my body was newer and more exciting for them, and my body became the center of attention. However, jealousy and cheating are two major issues that can come into play, especially with couples. Several of my friends have had their partners use threesomes as a way to start cheating on them. Even if the power in threesomes isn’t used to hurt people, there is an inherent jealousy that many people feel when they watch their partner enjoy having sex with someone else. Hence the asterisk.

All three parties involved must be prepared for the emotional consequences

As with pretty much any time you swap bodily fluids with someone (or several someones), communicating during the act makes everything go more smoothly. There are three bodies involved instead of just two, and that can be pretty awkward unless you’re comfortable communicating what you want to the other two people with you. Properly communicating can also alleviate feelings of performance anxiety, insecurity or jealousy, as it allows everyone to feel on the same page during this intimate act.

Even if the sex itself is amazing and everyone enjoyed it, there are lingering feelings that creep up after the fact. Checking in on the days that follow can help settle those feelings in a constructive way.

Although this guide is nowhere near as comprehensive nor specific as to how a threesome might happen for you, it is a step toward normalizing threesomes and having them seen as a thrilling way to connect with more than one person. Threesomes have been demonized, often for women, as a shameful act that only those who don’t respect themselves would do. For men, they’re seen as the height of sexual prowess — the most sought-after sexual encounter. For queer people, especially non-binary people, threesomes are represented in ways that are heteronormative and cisgendered, which causes people to enter these situations with inaccurate expectations. It doesn’t have to be that way! Now that you have some idea of what to expect, go out there and unabashedly enjoy hooking up with as many consenting partners as your heart desires.

This anonymous Gaucho wants to get real about staying kinky in I.V.