The Daily Nexus
Sports
Gauchos Wrap up Road Trip with Back-to-Back Overtime Draws
October 28, 2019 at 8:33 am by Richard Benites 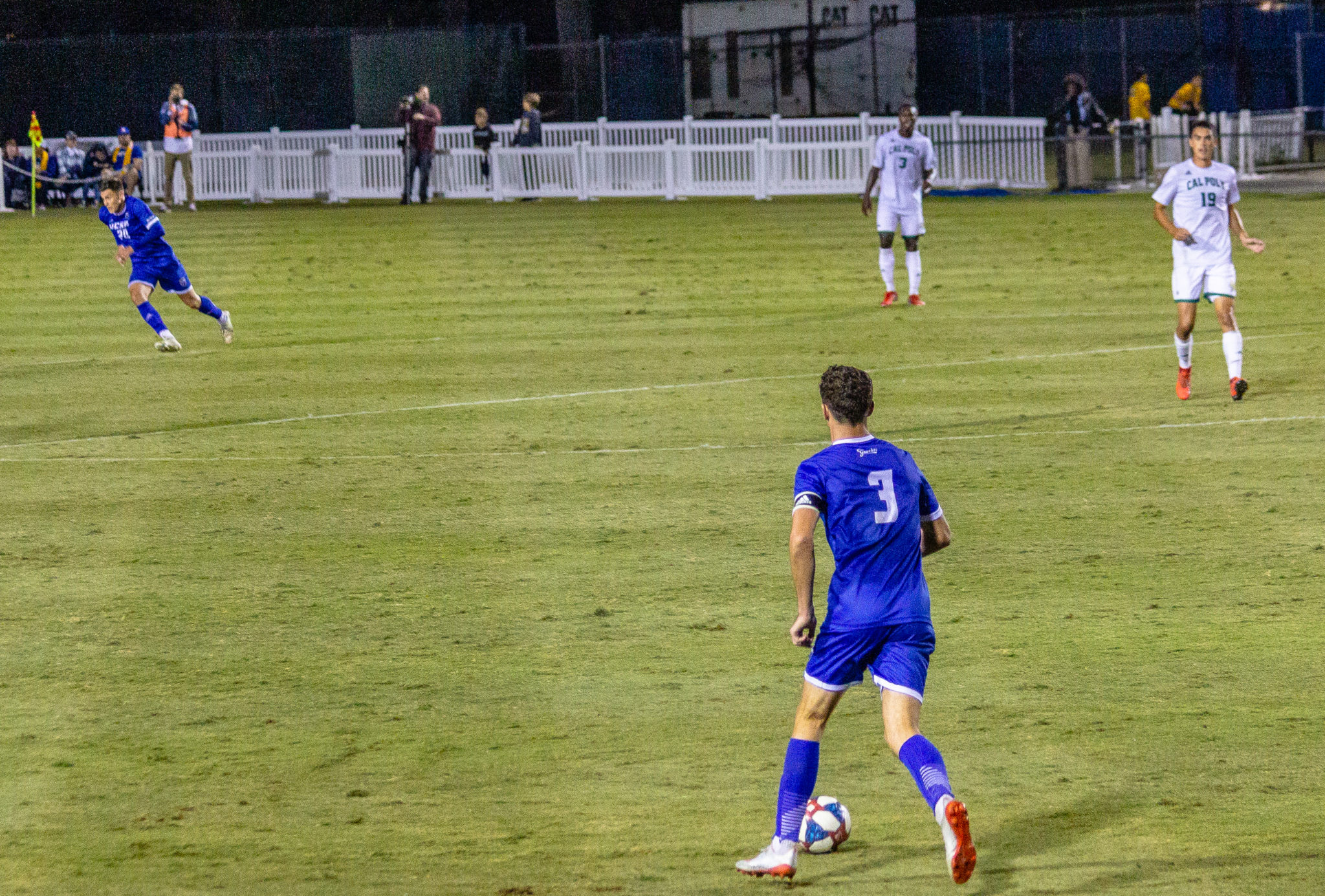 With No. 20 UCSB’s October campaign wrapped up, only a single regular season game is left before the postseason for men’s soccer commences.

Plenty of positives are left to be observed here for the Gauchos. The team only dropped a single match in October and currently remains undefeated away from home. Nevertheless, the Blue and Gold will be looking forward to ending conference play on a high note, especially since the top seed in the Big West standings has yet to be determined.

After a 1-1 double overtime tie to UC Davis earlier in the week, the Gauchos then traveled to CSUN where they shared the points once again in a 0-0 draw. This result now brings UCSB’s overall record on the season to 10-3-4, a win percentage of .706, and their conference record to 3-1-2. In terms of the conference table, UCSB occupies the third spot with their 11 total points, only trailing UC Irvine and UC Davis who both have 13 points themselves.

An injury update is in order, as senior defenders Faouzi Taieb and Mateo Restrepo Mejia returned to Head Coach Tim Vom Steeg’s squad — both players had been recovering from knocks they had sustained earlier in October.

Saturday’s action started off fairly back and forth with both teams getting their shots in early. Mejia would make his return in the sixth minute of play after the head coach decided to opt for a more veteran approach by subbing out sophomore defender Ryan Johnson.

The Gauchos saw plenty of set piece chances in the first half of play, which would be a recurring theme as the visitors would finish with 10 corner kicks and the hosts only three. Still, UCSB didn’t manage to snag a decider during these golden opportunities. Intensity from both sides then wavered a bit as the whistle came and marked the end of the first half of action.

The start of the second half did see the tides turn more in UCSB’s favor, when the Gauchos immediately tested CSUN’s goalkeeper David Preys from the get-go. Senior forward Will Baynham landed his shot and was then followed up by senior midfielder Sahid Conteh’s only seconds later, and both chances demanded a save from Preys.

By the 64th minute, the first and only booking of the match was then awarded to Conteh for a hard challenge.

At minute 79, Preys was subbed off for the Matadors’ second goalkeeper, junior Paul Lewis. Lewis would enter during the game’s most heated period as both teams desperately tried to land a winner; he would then later save a shot from UCSB’s senior defender Noah Billingsley as time wound down and the whistle signaled the end of regulation with extra time needed.

Taieb would make his return at the beginning of overtime as he was subbed on for junior defender William Gillingham. Billingsley went on to make the only on-target shot of overtime, which was saved by Lewis, with the match ultimately ending as a stalemate.

Nevertheless, the draw remains somewhat favorable for the Gauchos as it upholds their undefeated away record and keeps them still in the race for the top seed in the Big West standings. The Gauchos will have plenty of time to rest up with no midweek game, but they’ll return to action this weekend for another installment of the Blue-Green rivalry. This’ll be their last match of the regular season as the team begins to prep for their playoff aspirations.

UCSB travels to Cal Poly next Saturday, Nov. 2, with kick-off scheduled for 5:00 p.m.