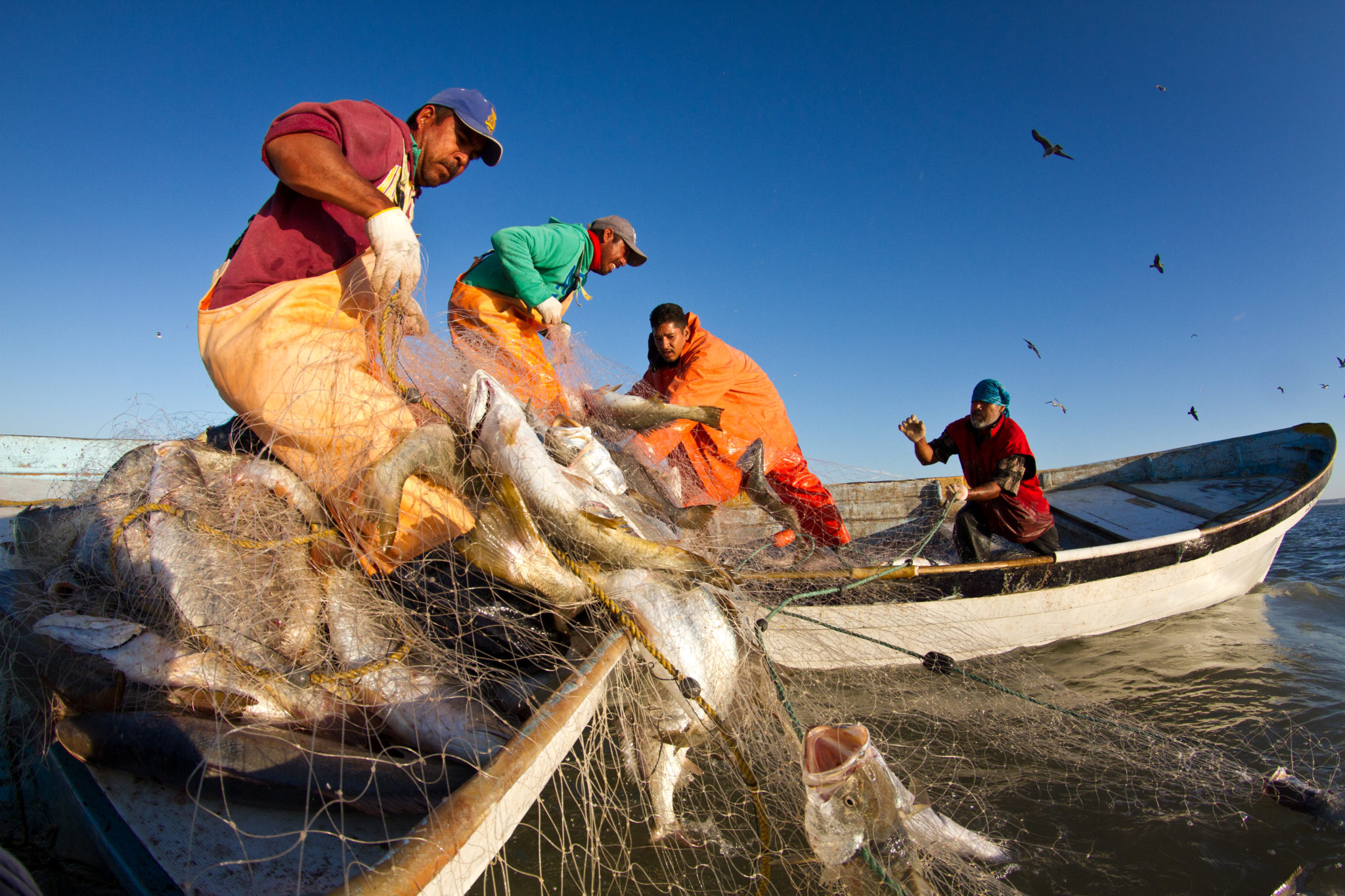 After taking a global perspective on how climate change-driven impacts may impact fisheries, UCSB researchers are now studying impacts on a more regional scale and turning their focus toward Mexican fisheries. / Courtesy of Carlos Aguilera and Environmental Defense Fund

There may be a solution to this. Researchers at UC Santa Barbara’s Bren School of Environmental Science & Management have collaborated with the nonprofit environmental group Environmental Defense Fund and Mexico’s Instituto Nacional de Pesca y Acuacultura to devise a method to evaluate climate change-driven impacts on fisheries with limited data, as well as appropriate ways to respond to anticipated changes.

“Basically, we developed this framework where we’d be able to say something for fisheries in data-poor contexts,” Tracey Mangin, a researcher with the Bren School and co-author of the paper, said.

Mangin had previously been involved in a research project which examined the effect of climate change on fisheries from the global perspective, looking at three metrics — namely “biomass, or fish in the water, harvest, or the amount that [fishermen] extract and profit, or how much money the fishermen are making.”

However, the breadth of a global study was an obstacle to more in-depth analysis, and Mangin and her collaborators decided that examination from a more regional perspective would help the team make more qualitative assessments.

In particular, the new study published in PLOS One hopes to look at a greater scope of climate effects than a global study would allow.

In the global study, the projections only took into account climate velocity — the speed and trajectory with which species must move to maintain their desired climate conditions.

“But there are other things which affect a fisheries productivity and range, like ocean acidification,” Mangin noted.

The team chose to zoom in on Mexican fisheries.

“We thought that Mexico would be a great case study. They are growing in terms of the exportation markets and they are also pretty susceptible to climate change.”

Mexico is representative of global fisheries in other ways as well, being a country with a varied coastline and diverse species in terms of life history and spatial range, as well as hosting both very high-value and low-value species. 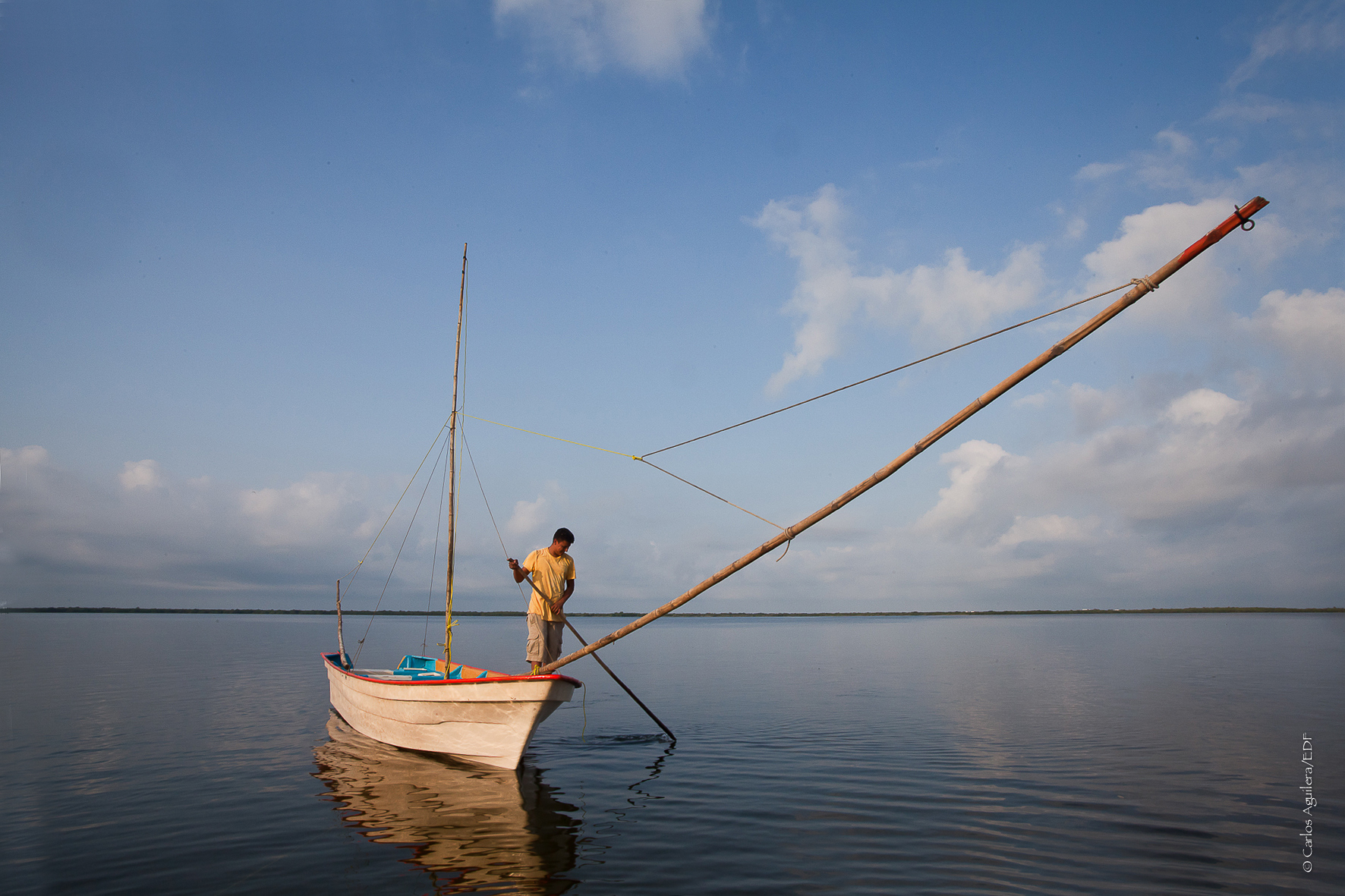 The researchers created their own database. Compiling expert opinions and literature regarding the condition of fisheries in Mexico along with projections for climate change up to the year 2040, the team assessed how the condition of individual fish stocks would change given a variety of warming scenarios.

Included in this parameterization were characteristics such as temperature, ocean acidification and changes in precipitation.

“In a qualitative way, we assessed the productivity of the fish stock, how many fish are produced and then two, where the fish will be, so the spatial range of those fish, which really affects who can catch the fish,” Mangin said.

“We were not surprised that, for the most part, we saw negative effects, mostly because that is consistent with a lot of literature out there with regards to tropical and subtropical systems and fisheries,” Mangin continued.

However, the researchers were surprised to find the impact of improved management of fish stocks in maintaining profits and harvests while controlling damage to fisheries in the future.

Many stocks in Mexico are being overexploited or are overexploited already, meaning that fisheries “can’t produce the maximum amount possible because their population is so depleted, or the pressure is so hard currently that a decline is inevitable,” according to Mangin.

Fisheries who choose to respond to these anticipated changes by improving their management style will reap big benefits in the long term.

“At the end of the day, if we can expect that productivity is generally going to decline in fisheries, we argue that the best thing to do is to actually fix management now, because basically if the changes don’t occur, you’re still in a better place than you would be, and if you continue with poor management, your stocks will be depleted regardless,” Mangin explained.

According to Mangin, the most effective management styles are also the ones which can be broadly applied to many different contexts. For example, adaptive fisheries management tools which limit catches in response to the biomass of the water are “basically resilient to climate change,” while transboundary fishing agreements are very well-suited to stocks which undergo spatial shifts in response to climate velocity.

Mangin is optimistic about the implications of this research.

“When thinking about how we can use our resources efficiently … we can develop frameworks that are similar to the ones presented, where even if we don’t have the best data, we can start to prioritize certain stocks and certain regions and then fix the underlying current problems.”