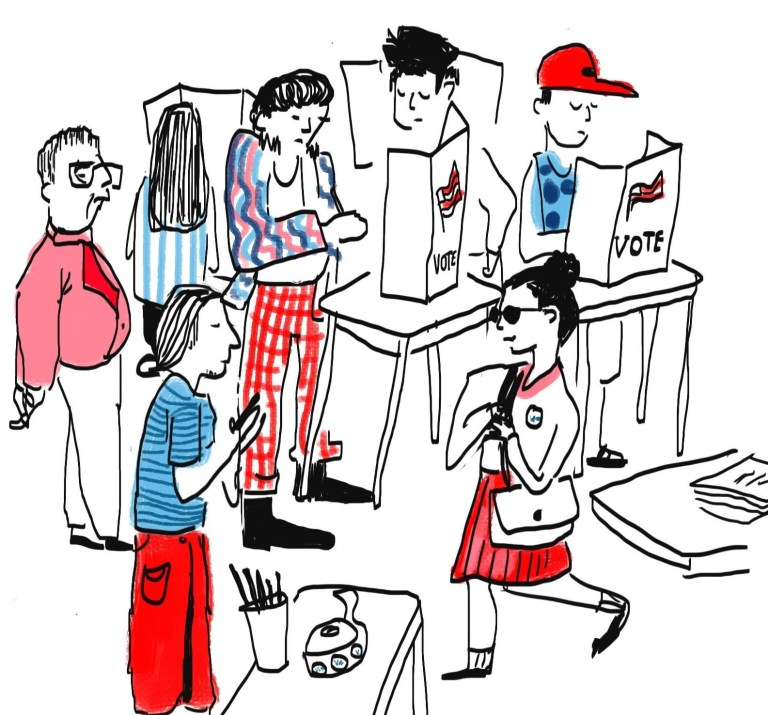 “Today’s young people are the most diverse generation in history, and they often look to their colleges and universities for support as they develop the skills they need to accomplish their goals and contribute to their communities,” Kristin McGuire, western regional director for Young Invincibles, an organization dedicated to empowering young people to be civically engaged and take action in their communities, said in a press release about the bill.

“New voters also often face their own unique set of challenges when voting for the first time, and may need a little more information or support to help cast their ballot,” McGuire continued.

“We applaud Governor Newsom and our elected leaders in Sacramento for doing what Congress won’t: stepping up and giving young people the on-campus resources they need to hold their elected leaders accountable.”

Additionally, UC campuses in particular will receive voter registration forms for every campus and are encouraged to create alternative methods for students who attend the university primarily online, so they can still register to vote through the campus.

UCs would also be required to distribute information surrounding elections, candidates and voter registration via email, social media and through their coordinator. The Secretary of State will review each campus’s program every year to ensure that they are following the guidelines as laid out in the bill.

Meg Winnett ‘19, who served as the UCweVOTE coordinator for the external vice president of statewide affairs office during the 2018-2019school year, was part of the effort to register students and maintain that high voter turnout level.

“Last year, I observed that the nonpartisan status of UCweVOTE encouraged many students to be more comfortable talking and registering with me and our volunteers. At the time, however, we were so keen on the act of registering students to vote that it’s possible we overlooked the importance of the next step: strictly nonpartisan voter education,” Winnett said.

“I know Campus Dems and College Republicans, as well as CALPIRG, helped out tremendously with distributing materials to the student body at large, and I’m thrilled that there will now be another outlet through which students can find reliable information.”

“UCSB has been a leader in student voter registration for decades because students have crafted a culture of civic engagement that is second to none,” Spencer Brandt, board president of the Isla Vista Community Services District, said.

“I’m excited to see the passage of AB 963 because I see it as a step towards taking the model for voter registration that we have at UCSB statewide.”