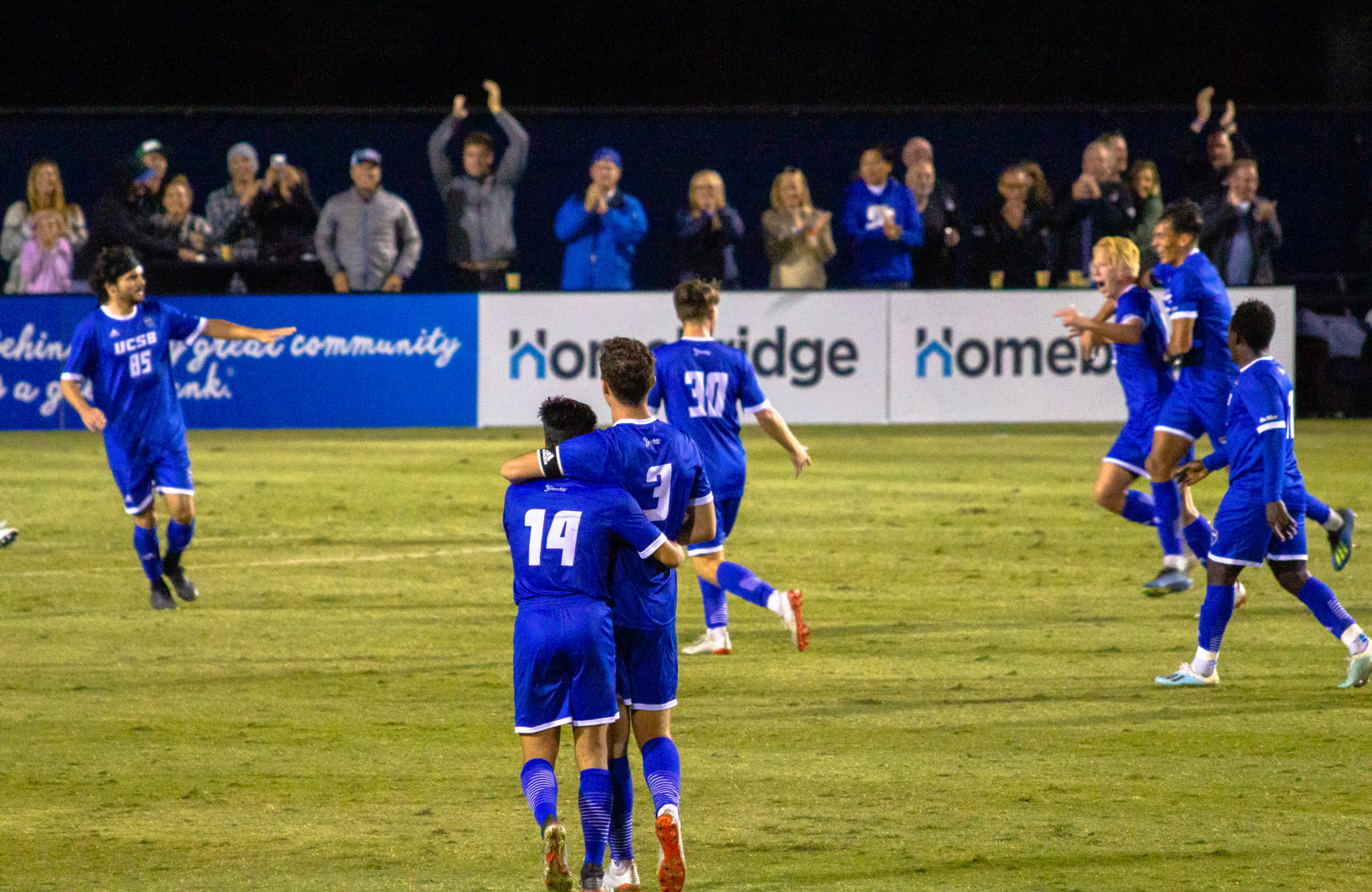 The Gauchos are in top form as they take their undefeated streak of eight games in a row into the start of conference play for the men’s soccer regular season. With the team’s last and only pair of losses on the season occurring back in the first week of September, UC Santa Barbara holds all the momentum as they prepare to face Sacramento State and No. 24 Cal State Fullerton.

Currently at a 7-2-2 overall record on the year with a win percentage of .727, the Gauchos will want to keep their winning streak alive and start off conference play on the right foot. UCSB’s first task in the Big West is a challenging one, as the team will first host a Sac State side that has won more games on the road than at home, and then travel south this weekend to Fullerton, where they have yet to lose a game at home throughout the entire season.

Although this will be only the second time UCSB has played a nationally ranked team, the first being the 3-3 tie to former No. 1 Stanford in double overtime, the Gauchos themselves are currently flirting with a spot in the nation’s top 25. As of Oct. 7’s update to the United Soccer Coaches’ poll for NCAA Division 1 Men’s Soccer, UCSB leads all teams in the ‘receiving-votes’ spot with 43. Another good set of performances, including potentially upsetting Fullerton in their own backyard, and the Gauchos will surely break into the top 25 by the end of the week.

As for Sac State, the Hornets have broke even at .500 with an overall record of 5-5-1 on the season. Statistically, the visitors have fared better when playing away from home; however, they find themselves in the midst of a three-game losing streak as they get set to face the on-fire Gauchos.

The record books also don’t favor the Hornets in this one, as UCSB leads the all-time series by a record of 14-5-4. Nevertheless, this matchup is still a tricky one when considering Sac State took the W last time after beating UCSB the only time the two played last season by a score of 1-0.

Prior to their last home game, which resulted in a 1-1 double overtime tie to Loyola Marymount, Cal State Fullerton was perfect on the regular season with eight consecutive victories. Since then, the Titans have lost back-to-back games and are at risk of losing their No. 24 spot. They’ll take on CSUN away from home on Wednesday before hosting UCSB this Saturday.

Historically, UCSB also retains the advantage in this one as they lead the all-time series by 33-26-4. A revenge game might be on the cards as UCSB took a 1-0 win last year during the regular season, but went on to lose against Fullerton in the postseason via penalty shootout.

Ones to watch for the Gauchos this week includes senior forward Will Baynham and freshman midfielder Finn Ballard McBride. At 6 feet and 3 inches, Baynham has excelled in a traditional striker role and has been productive on both ends of the scoresheet with at least a goal or assist in the past five games; he is currently tied for first in scoring with four goals to his name, and has a team-leading five assists. With two assists so far, Ballard McBride also joins Baynham as tied for top scorer on the Gauchos; Ballard McBride was also just awarded his third Big West Freshman of the Week accolade after being named the Big West Athlete of the Week the week prior.

For the Hornets, sophomore midfielder Oscar Govea leads Sac State in both scoring with three goals and three assists. Meanwhile, freshman forward Arath Chavez has scored twice this season and also is tied with Govea for team-leading in assists.

The Titans will also see plenty of production out of their two stars, as junior forward Christian Pinzon and senior midfielder Oscar Flores lead the way for Cal State Fullerton. Pinzon has a team-leading five goals and three additional assists on the season. Whereas Flores matches him at the top of his team’s scoring charts while earning the most assists for his team  by far at seven — enough to place him at second overall, behind CSUN’s Julio Rubio, for playmaking in the Big West.

UCSB hosts Sac State this Wednesday, Oct. 9 and then visits No. 24 Fullerton on Saturday, Oct. 12; both matchups are scheduled for a 7 p.m. kickoff time.