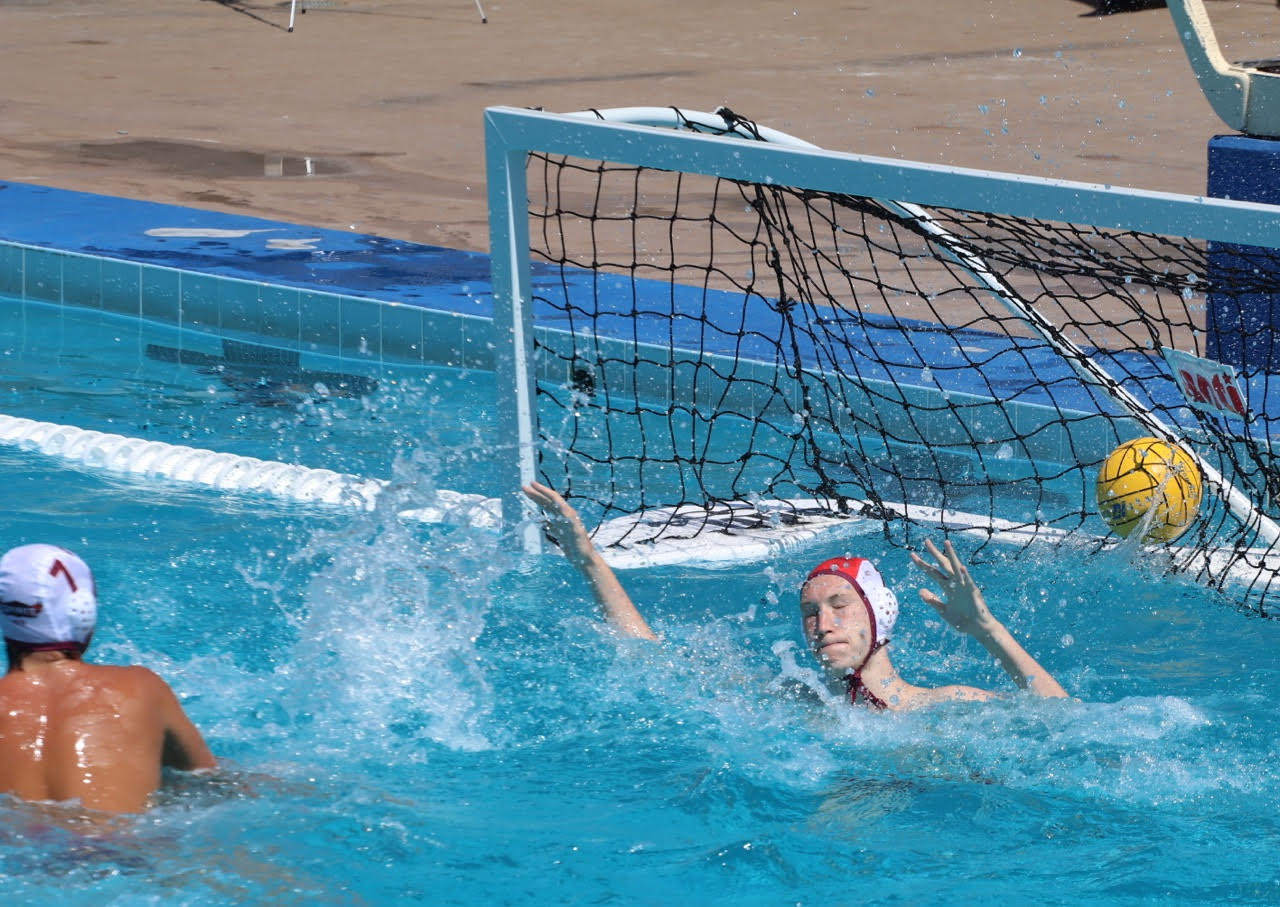 The No. 4 UCSB Gauchos fell to No. 5 USC at Campus Pool on Sunday afternoon. The standing-room-only crowd had an electric atmosphere throughout, as these top-five water polo juggernauts faced off.

Kicking things off in the first, USC jumped out to a quick 2-0 lead after Trojan’s Matt Maier and Hannes Daube found the back of the net. The Gauchos would not take long to respond as seniors Jacob Halle and Ivan Gvozdanovic evened things up after ripping off a goal a piece in merely 30 seconds of play.

Once things were tied up, USC’s Jacob Mercep rallied off two goals by himself to regain the lead for the Trojans, now up 4-2. Just before the end of the first, a missed outside shot bounced off the post and landed right into USC’s Matt Maier’s lap, where he would draw an easy penalty. With three seconds left in the first, UCSB’s goalie, Danny Roland, would come up huge to stuff the Trojan penalty. After the first quarter, USC had the 4-2 advantage over the Gauchos.

The second quarter saw a complete shift in momentum, as UCSB began to lock up the Trojan’s offense. After several saves by Danny Roland and numerous Gaucho field blocks, the UCSB attack began to flourish. The Gaucho’s would go on to score three unanswered goals, claiming a 5-4 lead late in the second. USC would eventually respond with their only goal of the quarter, making this one knotted up at five each going into the half.

The second half was tight throughout, as goals went back and forth. In the third, we saw two huge goals by Ivan Gvozdanovic, who had a really efficient game. Gvozdanovic lead the Gaucho’s in scoring with four goals in the contest. The offense was clicking for UCSB, but each time Santa Barbara saw a slight lead, it was erased by Trojan goals. After three, the game was tied at eight.

The final period began with a bang, as several really quick goals were scored. USC’s Jacob Mercep scored on the first possession of the quarter and UCSB’s Leo Yuno would come back with a beautiful strike of his own on a powerplay. After Yuno’s goal, Jake Ehrhardt of USC would score with six minutes and 48 seconds left to recapture the lead. After those initial goals, the offense for both teams would stall dramatically. The fourth period turned out to be very physical as both teams ramped up their defenses and held each other scoreless. This one finished with No. 5 USC upsetting No. 4 UCSB, 10-9.

UCSB’s next game will be against UCLA this Friday, Oct. 11 at Spieker Aquatic Center. The game will kick off at 7 p.m. If you can’t travel to support your Gauchos, tune into TheFosh.net for live stats.