The Daily Nexus
News
The Faces Shaping the Future of the I.V. Community Center
October 3, 2019 at 12:37 pm by Arturo Martinez Rivera

As the soft opening of the long-awaited community center in Isla Vista approaches, the Isla Vista Community Services District spent the summer appointing members for the Community Center Advisory Board. The advisory board will work with and advise Community Center Director Diana Collins Puente on the inception and future of the community center, a project that has seemingly been a perpetual work-in-progress. 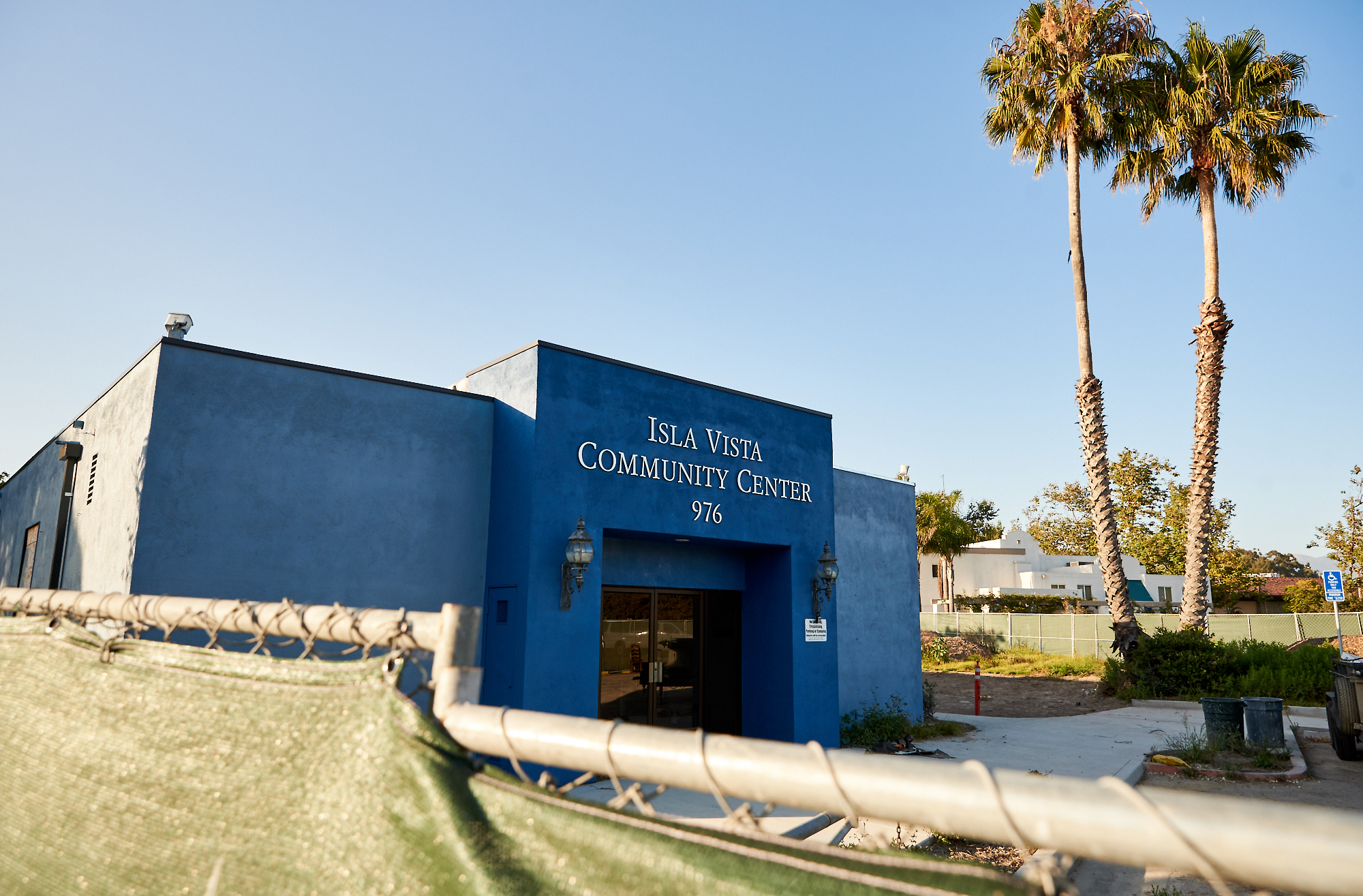 The community center is set to open next week. Siavash Ghadiri / Daily Nexus

The Nexus interviewed each board member — Spencer Brandt, Pegeen Soutar, Luz Reyes-Martín, Margaret Klawunn and Christian Ornelas — and compiled small profiles on each regarding their ties to the I.V. community and their visions for the community center.

Spencer Brandt, current board president of the Isla Vista Community Services District (I.V. CSD), has been involved with the I.V. community since his first year at UC Santa Barbara. Having been a member of the I.V. CSD since its creation in 2017, Brandt eventually became board president in late 2018 and recently graduated from UCSB as a history of public policy major this past June. 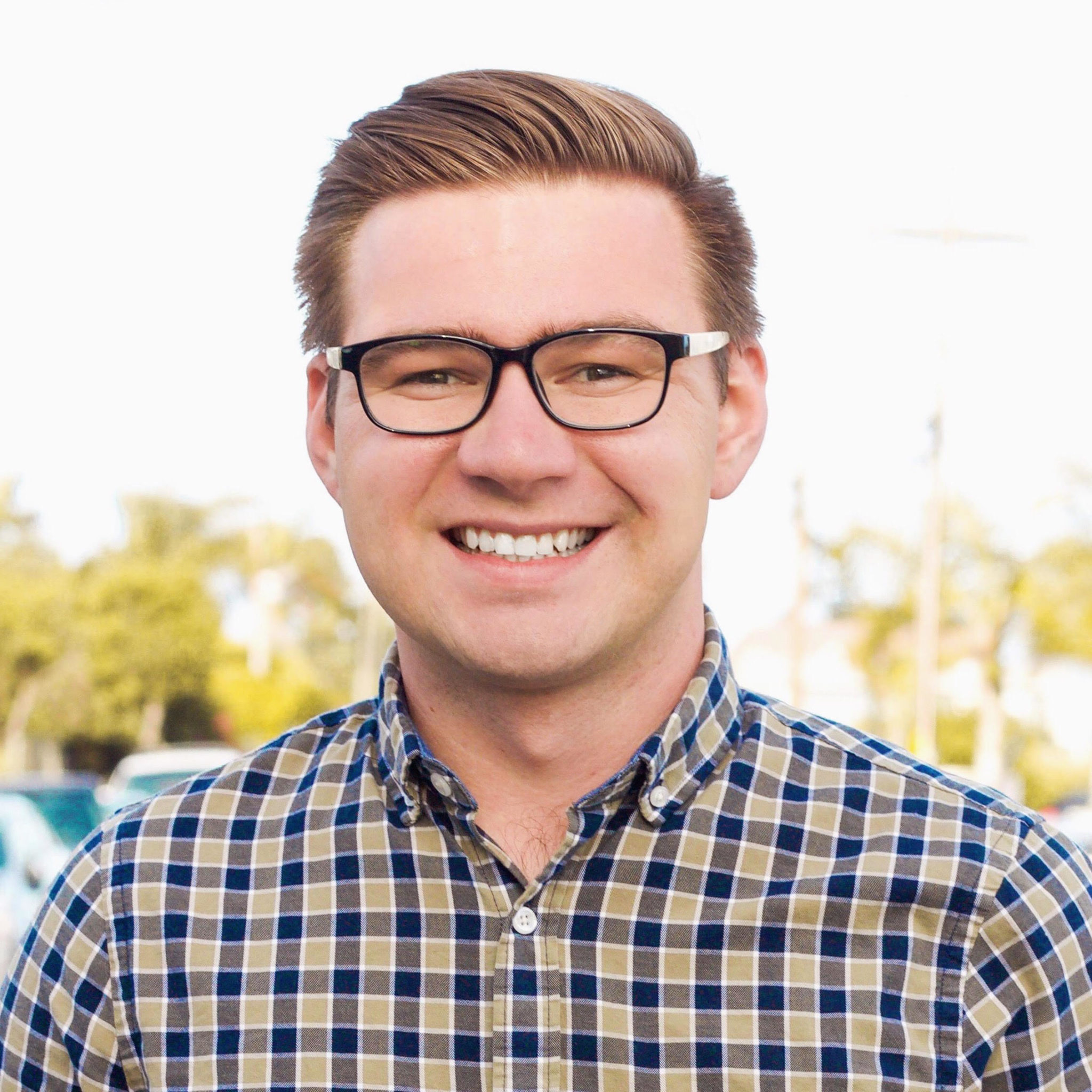 He was also a part of the Isla Vista Community Center Ad-Hoc Committee discussions in 2016, a county committee designed to gather input regarding the renovation of the community center building.

Brandt hopes to transform the community center into an “inclusive space for college students, youth, and families alike.” His programming ideas are all geared toward this in the form of live music, exercise classes, library services and more.

Brandt took a similar set of values as those encompassing the I.V. CSD — collaborative efforts moving toward a beneficial goal — and applied them to the Community Center Advisory Board.

“The strength of creating a shared governance model for managing the community center is that we have the right set of voices at the table to be able to make those things happen in a collaborative fashion,” Brandt said in an email to the Nexus.

The I.V. CSD has already allocated over $180,000 for the Community Center’s staff and programming in the 2018-2019 budget, according to Brandt. The I.V. CSD is also planning  long-term goals with the community center as well.

Santa Barbara County owns the community center building and the nearby Community Resource Building, says Brandt, but I.V. CSD staff is currently in talks with the county to obtain a two-year lease of the community enter building.

“The Community Resource Building could provide a dedicated revenue source for programming and building maintenance,” Brandt said. “It is important to remember that Isla Vista taxpayers paid to purchase both buildings. We deserve to see the fruits of that investment reinvested in our community.”

As a long-standing resident of I.V., Pegeen first became involved with the Isla Vista Recreation and Park District Board of Directors in 1993, after she became concerned that there weren’t many safe recreational places in I.V. for her children, three and five at the time, and sought to change that. She currently serves as the vice chairperson for the board. 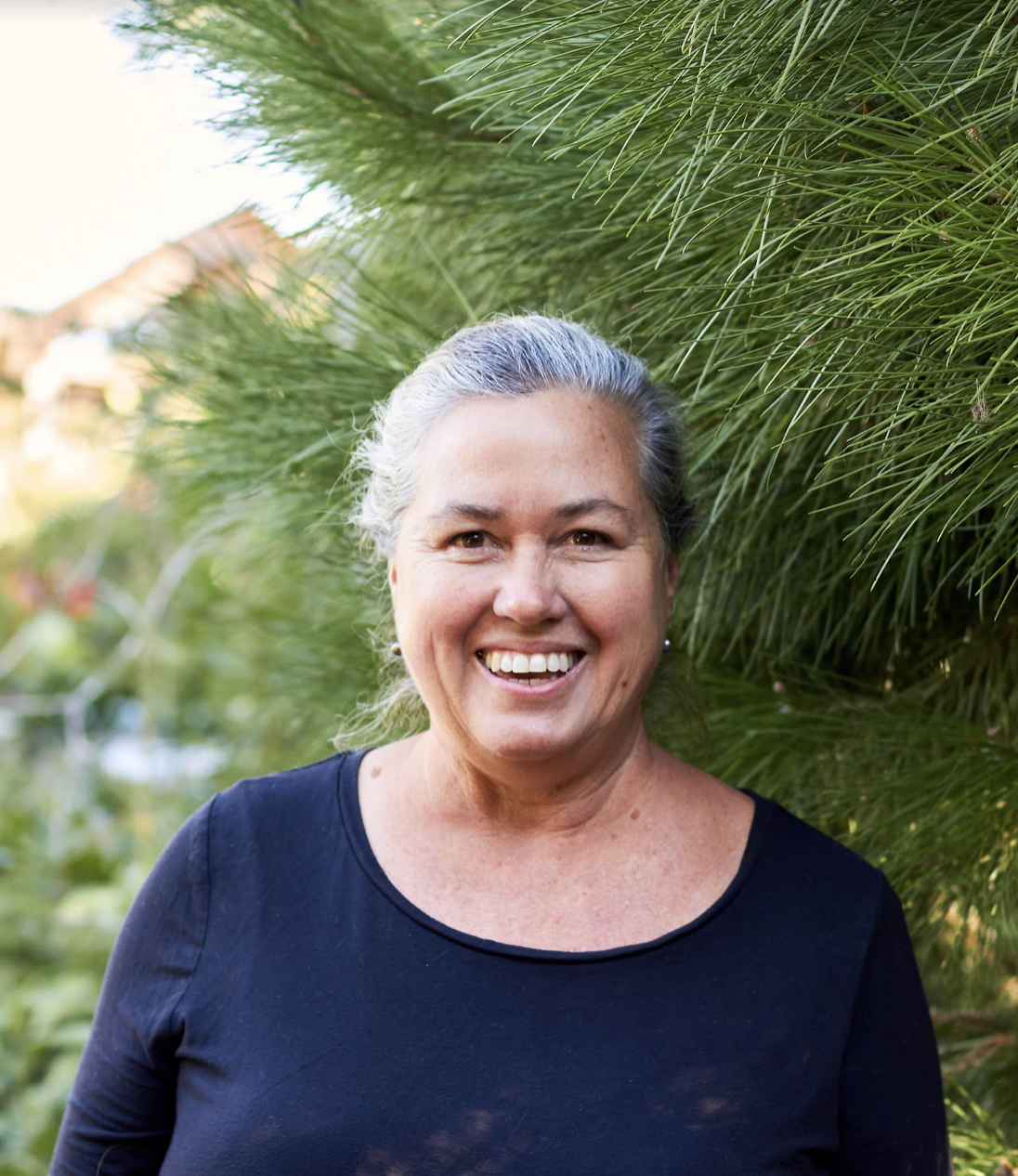 According to Soutar, her primary purpose on the IVRPD board has been to “build community between residents and create a vibrant and safer place to live” and sees the community center as another opportunity to improve on community relations with students and families living in I.V.

The community center provides an inside space as well as an outside space to hold nighttime events such as concerts, something Soutar said she is excited for.

However, with students encompassing the majority of the I.V. population, Soutar finds it difficult for people to become acquainted with one another due to the inherent turnover experienced at a university.

“Probably three-quarters of the community turn over every three years, so I don’t think there’s anywhere quite like that, where a huge portion is completely different compared to three years before. It’s a real challenge to have people feel like this is their home and they have a stake in it,” Soutar said.

The community center can be the first stepping stone for people to become more familiar with the resources I.V. offers and act as a central hub for everyone in the community, according to Soutar.

“Good things happen in Isla Vista due to collaboration. [The community center] is just the perfect example of that.”

Luz Reyes-Martín has worked for Santa Barbara City College for three and a half years and currently serves in the Office of Communications as the Executive Director of Public Affairs and Communication. 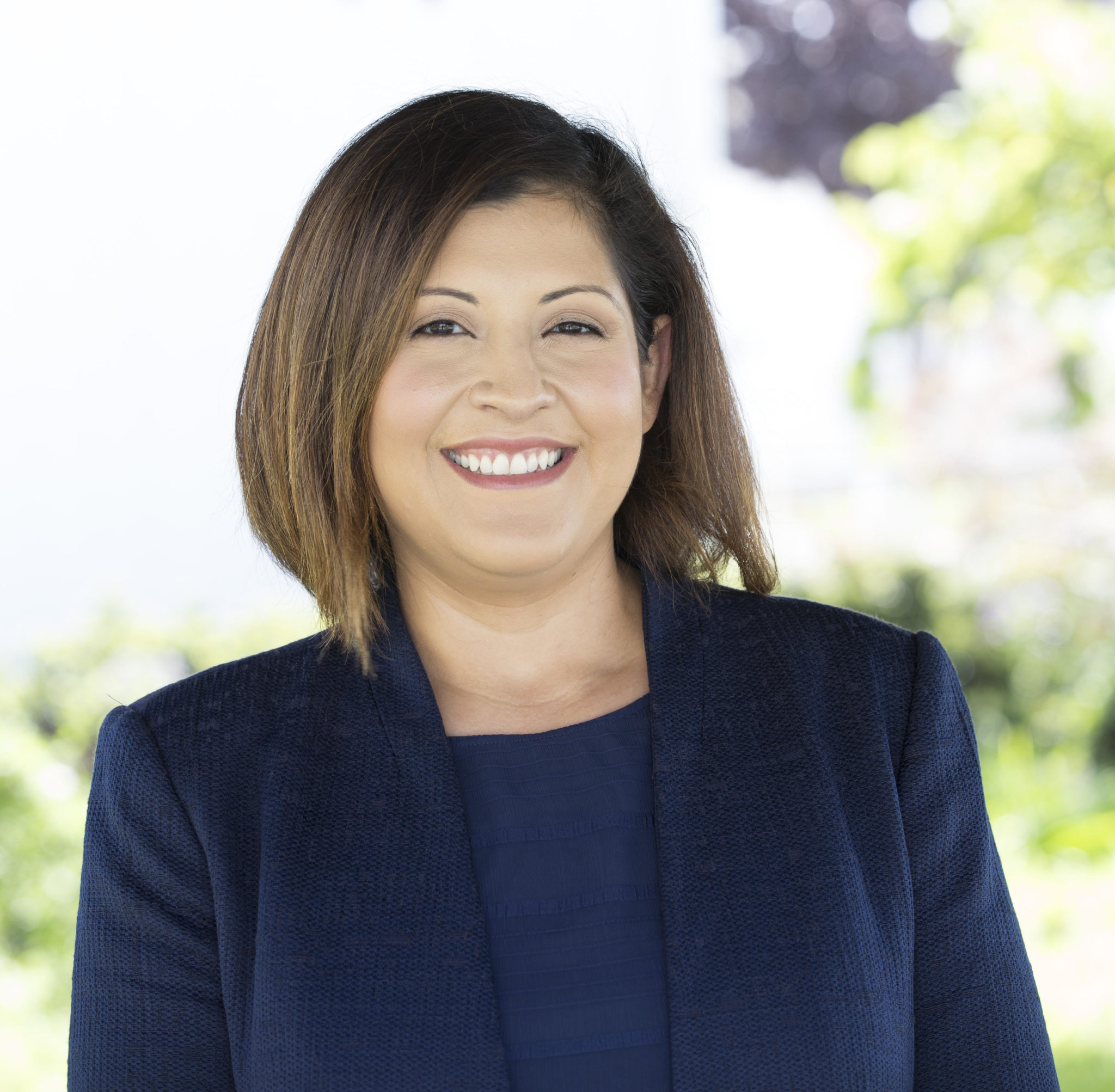 Reyes-Martín emphasized the need of the advisory board to seek out and listen to input from the community as the community center prepares for its debut.

She plans to focus on the students of SBCC and bring their perspective, along with the college’s perspective to support the I.V. community, particularly because SBCC students often choose to live in I.V.

“Students are a vibrant and energetic part of the community — I hope the Center can be a bridge between our SBCC students, UCSB students and the residents of Isla Vista,” Reyes-Martín said in an email.

Margaret Klawunn arrived to the I.V. community in the fall of 2015, serving as the Vice Chancellor for Student Affairs at UC Santa Barbara. She became involved with preparations for Halloween, Deltopia and the Beloved Community Conference in an attempt to better connect herself with the community of I.V. 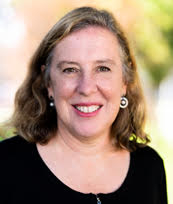 Since then, Klawunn has participated in many events in I.V. and sees the advisory board and the community center as another opportunity to embed herself in the culture and community.

“I have seen a wonderful sense of community in Isla Vista at times and believe that with the Community Services District, the new community center, and the UCSB and Associated Students initiatives in Isla Vista such as the Pardall Center and the Gaucho Support Center that we can continue to grow and improve the quality of life in I.V.,” Klawunn said in an email.

Although she has no specific goals for the community center, Klawunn believes that concrete plans will take shape through her collaboration with the other members of the advisory board and the director Collins Puente.

She added that she hopes UCSB students will step up and take a more active role in their community.

“One aspiration I have is for UCSB students to take their responsibility as members of the Isla Vista community seriously in terms of creating a safe and welcoming place and respecting their neighbors,” Klawunn said.

“I think we are one partner in creating a better Isla Vista and the more we can work together with community members and the CSD, the more we can accomplish that benefits everyone.”

Christian Ornelas, now a fourth-year environmental studies major at UCSB, currently serves as the External Vice President for Local Affairs, functioning as the liaison between the university and I.V. community groups, such as the I.V. CSD. 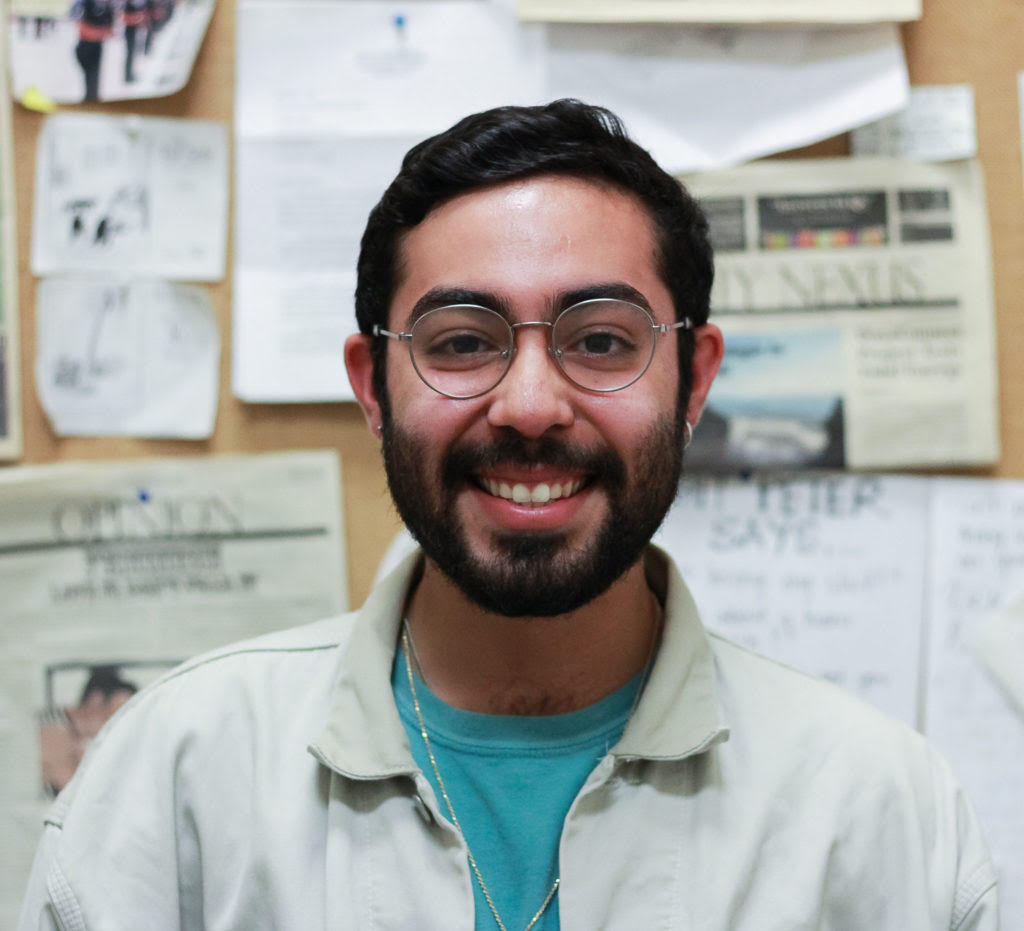 Ornelas became involved with the I.V. community in his second year when he joined the Human Rights Board as Assistant Environmental Liaison. As he became more involved with Associated Students as an off-campus senator last year, he began to form connections with community leaders, and helped with voter registration and local organizing efforts such as Measure R.

Ornelas has already worked to raise student attention to the Isla Vista Community Room and bring more programming to it.

“It’s free to rent whenever you need, so I wanted to help connect student groups that are usually on campus and show them that there’s a space outside of campus,” Ornelas said. “We’re already continuing the open market and I feel like if we keep getting groups to come out, there’ll be a lot of opportunity for folks to teach the community about something they might be interested in.”

One goal he has in mind would be to bring a lot of the programming that happens on campus to a more central location, like the community center.

“There’s a lot of unique student groups with a lot of niche interests that someone else might have so if they’re out in I.V., I think it’ll be more accessible and open to the greater community and not just UCSB students on campus.”

“Long awaited”? Yeah, I’ve been sitting pins and needles waiting for it to open. What a joke.

Could not agree more.