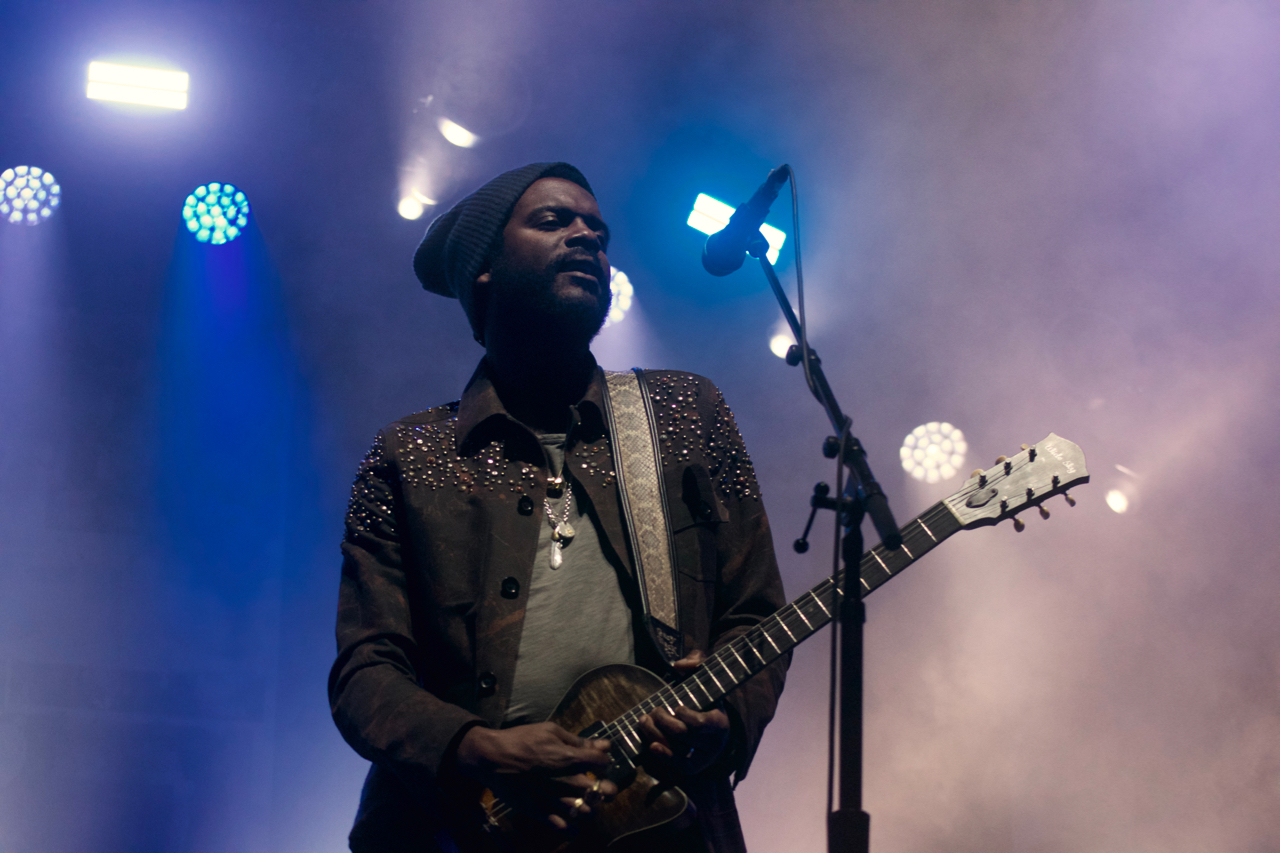 A few months ago I had the honor of attending South by Southwest — or “South By” as its often referred to — in Austin, Texas. I witnessed a number of live bands and performances across iconic music venues spread throughout downtown Austin, like Stubb’s BBQ, Mohawk, Elephant Room and Antone’s Nightclub. Despite having undeniably one of the best weeks of my life, I felt like I had missed something, and it definitely wasn’t a shortage of Austin BBQ or spicy fried chicken. Watching a show at Antone’s was an experience in itself, but the whole time I wished that by some miracle Austin-born guitarist, Gary Clark Jr., would make a surprise appearance to the same venue that kick-started his career many years ago.

I remember first watching the musical prowess of Gary Clark Jr. (GCJ) during a concert scene in the John Favreau movie “Chef.” I’ve been charmed and captivated by his guitar skills and vocal range ever since. As a fan of Jimi Hendrix’s psychedelic guitar solos, Grant Green’s jazz scales and ‘70 and ‘80’s blues-rock throughout my musically formative childhood years, GCJ was like a new scoop in an ice cream shop full of timeless flavors that had grown to be well loved but routine. His style is a fusion of blues, soul, R&B and hip-hop with vocal abilities ranging from low ominous grumbles to honeyed high-pitched ballads that have evolved and grown in experimentation throughout his three-album discography.

On tour for his most recent album “This Land,” Gary Clark Jr. electrified, mesmerized and satisfied passionate fans last Friday night at the Santa Barbara Bowl. Filling the entire bowl with his presence makes me wonder how he was able to contain his enigmatic energy in the small bar venues of Austin.

An opener worthy of his own show, British singer/songwriter Michael Kiwanuka primed the night for a journey into sweet sounds of symphony, harmony and all the contrasts along the way. Drawing from inspirations like Nirvana and Radiohead, his indie-folk sound also borrows sounds from his Ugandan heritage which come together harmoniously and leave quite an impression on new listeners.

Walking opposite of the crowd heading toward concessions to top of their beers before GCJ, I heard several comments: “I mean I knew one song of his, but wow he was really amazing,” “That was an opener? He deserves his own concert!” and “I don’t know what it is, but he made me feel amazing.” 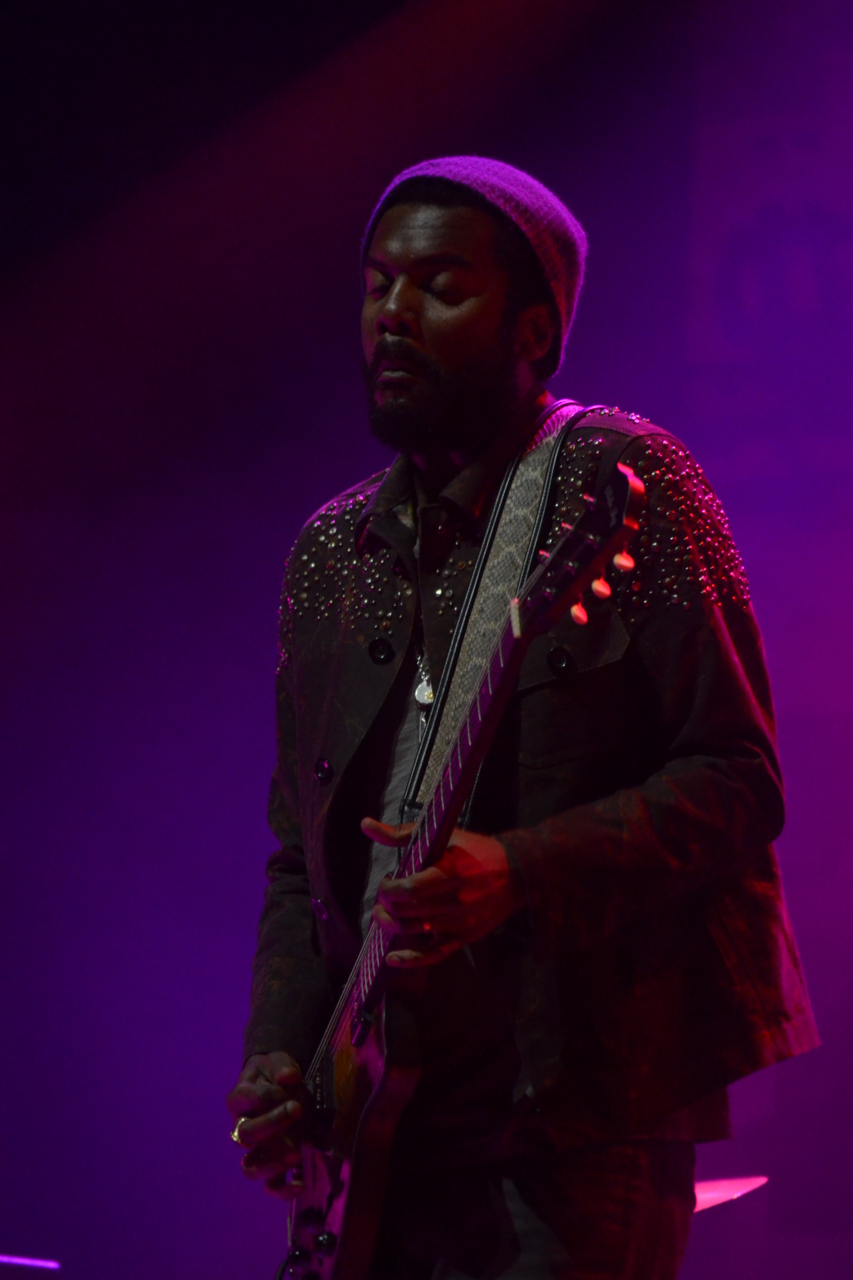 Eventually, the crowd settled back into their seats, anxiously waiting for Sonny Boy Slim (aka Gary Clark Jr.) to make his way on stage. With all of the roadies and technicals assistant walking on, we knew it wasn’t long.

The lights dimmed, then an eerie blue aura covered the stage. Gary’s slender six-foot-five build strutted effortlessly cool onto center stage with his signature heavy cloth beanie, a heavy button up jacket, boots and skinny jeans, immediately receiving an uproar of cheers and an occasional “I LOVE YOU GARY!” or “YOU F***ING ROCK GARY!”

With the iconic opening chords the bowl pulsated in excitement as the group opened with “Bright Lights” from the debut “Blak and Blu” album. The lyrics set the tone for the night as he repeated “You’re gonna know my name by the end of the night.” Riding off the energy from the first track, they followed up with “Feelin’ Like a Million” and “Low Down Rolling Stone” off of “This Land.”

With each lull in his music, excited yells of “I LOVE YOU!” could be heard amongst the crowds. The energy of the performance fluctuated between making you feel like you were in the back of a small bar in Austin, hearing some world-class blues among an old wooden exterior with deep blue lights, to making you feel like you were in love at a Valentine’s Day dance, with pink lights and melodies reminiscent of oldies your parents listened to. 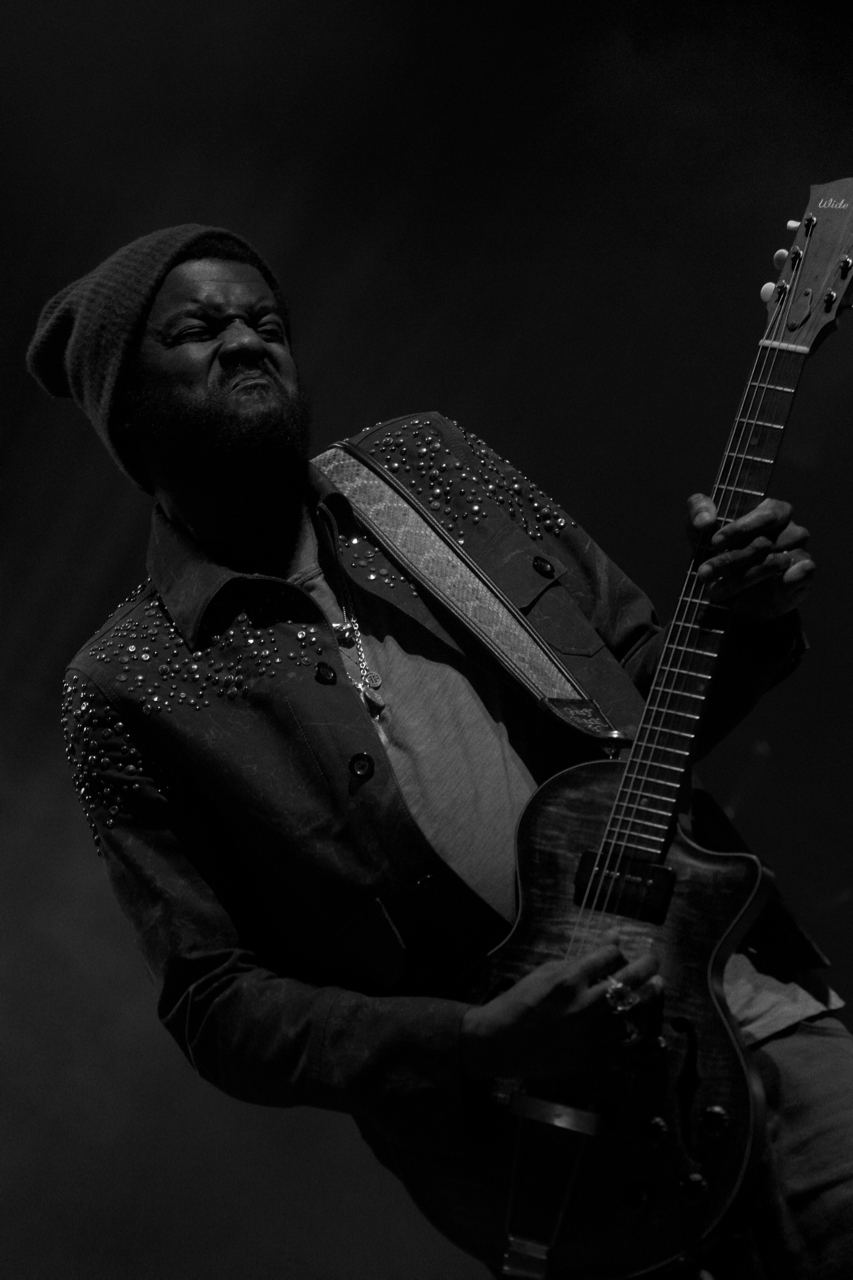 Guitar solos would grip the crowd into a trance as we watched Gary grip his guitar neck feverishly with wild expressions on his face, showing the passion and energy he was putting out. Equally as captivating was Jon Deas who entered a few piano solos that kept the crowd jumping, swaying and letting it all loose.

An exposition of his new album, the songs all varied in themes and feelings that I can only describe as like driving a ‘69 Camaro through a desert, in a thunderstorm of emotions, eventually reaching a point of peace marked by clouds clearing and exposing a sunset of serenity.

Guitar solo after guitar solo, the crowd cheered “Gary! Gary! Gary!” before he exited the stage, which to everyone’s excitement wasn’t the end as he came back out once again for an encore. Thanking both his “squad” and the crowd for an unbelievable night, Gary exclaimed, “Representing Austin, Texas everywhere I go!” and ended the night with classics like “When My Train Pulls In” and a hard-hitter cover of “Come Together.”

Gary’s new album highlights his creativity and range in creating crowd-pleasing songs that also touch on the political landscape and black experience of growing up in Texas. Despite being 1,500 miles away from Austin, the Santa Barbara crowd showed so much love and energy for Gary Clark Jr. that it almost felt like I was back among the crowd in Antone’s.