Paleontologists at UCSB, in collaboration with researchers from the University of Wisconsin-Madison, have shed light on how biomineralization, the mechanism by which mineralized skeletons develop, may have evolved independently among many different evolutionary lineages. 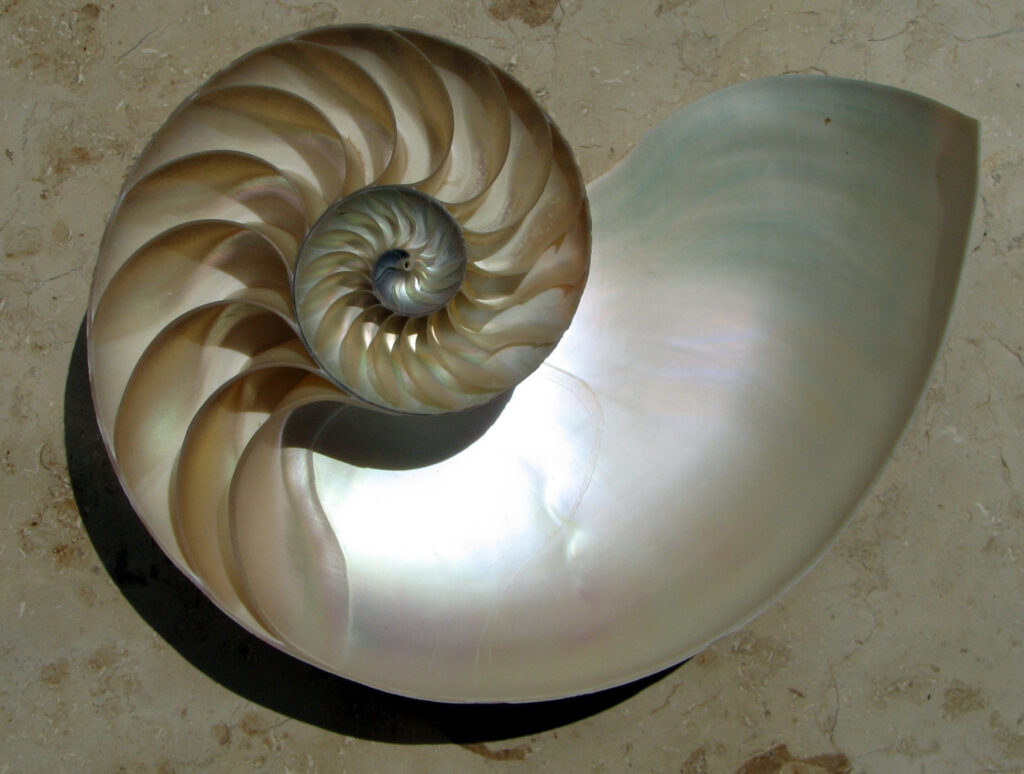 The cephalopod and modern nautiloid Nautilus pompilius is an example of an organism that uses crystallization by particle attachment to form its shell, or mineralized skeleton. / Courtesy of Wikimedia Commons

A paper published in the Proceedings of the National Academy of Sciences of the United States of America details how the researchers managed to pinpoint evidence of biomineralization in a wide variety of fossils from the Cambrian Period.

“One of the most striking aspects of the Cambrian explosion is the independent appearance of mineralized skeletons after three billion years of life just making soft-bodied things,” Susannah Porter, a professor in the Department of Earth Science and co-author of the paper, said.

“We see evidence for widespread controlled biomineralization, where the organism is actually directing the formation of the mineralized structure,” Porter said, a phenomenon unprecedented before the Cambrian.

Over a period of 40 to 50 million years, all sorts of mineralized structures would spring up across wide swaths of taxa. The new article suggests that despite the fact that these organisms are not all that closely related, they share the same mechanism, known as crystallization by particle attachment, for biomineralization.

“They use this interesting process where first they collect the materials for the mineral, either calcium carbonate or calcium phosphate, and store them in these vesicles in an amorphous form That means that if you were to look on the atomic level, the molecules aren’t lining up in a nice crystal lattice, they’re kind of all randomly mixed together,” Porter said.

These amorphous nanoparticles are stored in the vesicles until the body calls upon them to be used in a mineralized structure, at which point they are transferred to a site and the particles are attached together.

Now the researchers have uncovered a morphological marker preserved in fossils which provides more evidence of crystallization by particle attachment having occurred all throughout the animal kingdom and across hundreds of millions of years. Even more significant, perhaps, is evidence which suggests that the mechanism evolved independently across different lineages. 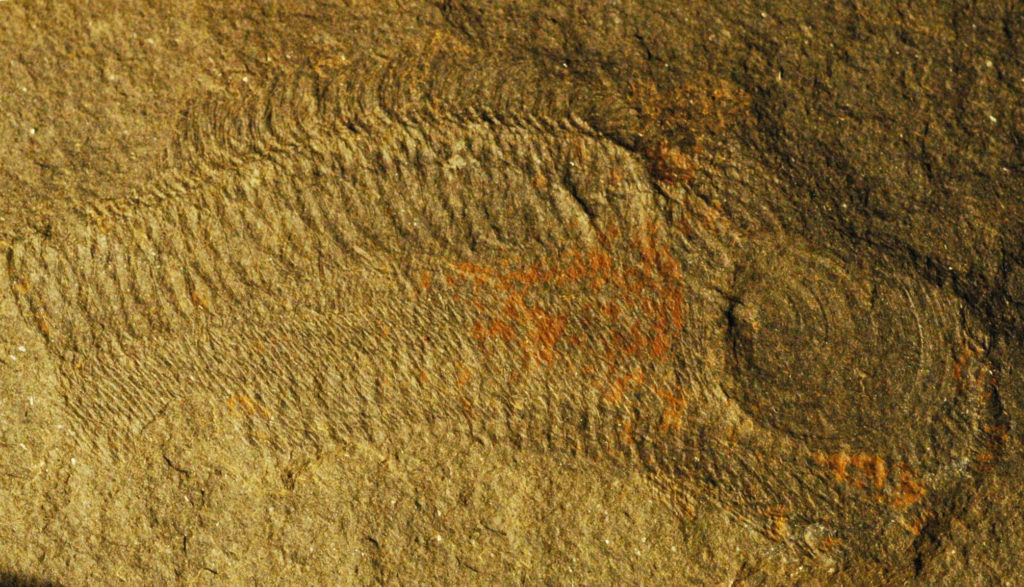 Impressions of the Australohalkieria sclerites forming the exoskeleton of the halkieriid are visible. / Courtesy of Susannah Porter

“The first author on the paper Pupa Gilbert, used techniques where she can see very high-resolution — on the 10s of nanometers-scale — mineral structures. What she has found is that even after these shells form, you can break them open and see this nanoparticulate texture in these shells,” Porter said.

“The textures are very irregular textures rather than the regular shapes of crystals, with perfect angles or faces. The grains are all different sizes and different shapes.”

Upon seeing these markers, Gilbert resolved to search for it in well-preserved fossils, enlisting the help of paleontologists such as Porter to acquire samples across a wide range of taxa and “step back” in time.

Thus it was discovered that the irregular texture identified in modern mineral structures created through particle attachment was comparable to the texture found in fossilized remains from many taxa. The process of phosphatic fossilization — in which calcium carbonate structures are replaced by calcium phosphate — in very ancient organisms turned out to be a nonissue.

“She cracked them open and she was able to find evidence for this nanoparticulate texture, and so then we said, ‘Oh great! That suggests that the process of phosphatization isn’t destroying this signal,’” Porter said.

Gilbert and her colleagues would continue to observe this texture as more and more fossils came their way, evaluating specimens such as halkieriids, nautiloids and notably, specimens of Cloudina, recognized as one of the most ancient animals performing biomineralization, about 550 million years ago.

“We know that their skeletons are not homologous. Their last common ancestor did not make a skeleton They evolved skeletons  independently of one another and yet they appear to be using the same process,” Porter said.

“Way back when these organisms were first making mineralized skeletons, they used this same process of crystallization by particle attachment, and [today] it’s the same. Maybe it’s not a surprise that you would find the same process of biomineralization going on 550 million years ago as you do today, but still, it’s a neat thing to figure out.”