The Daily Nexus
Sports
Gauchos Head North Looking To Build Up Win Streak
September 26, 2019 at 10:20 am by Kunal Mehta 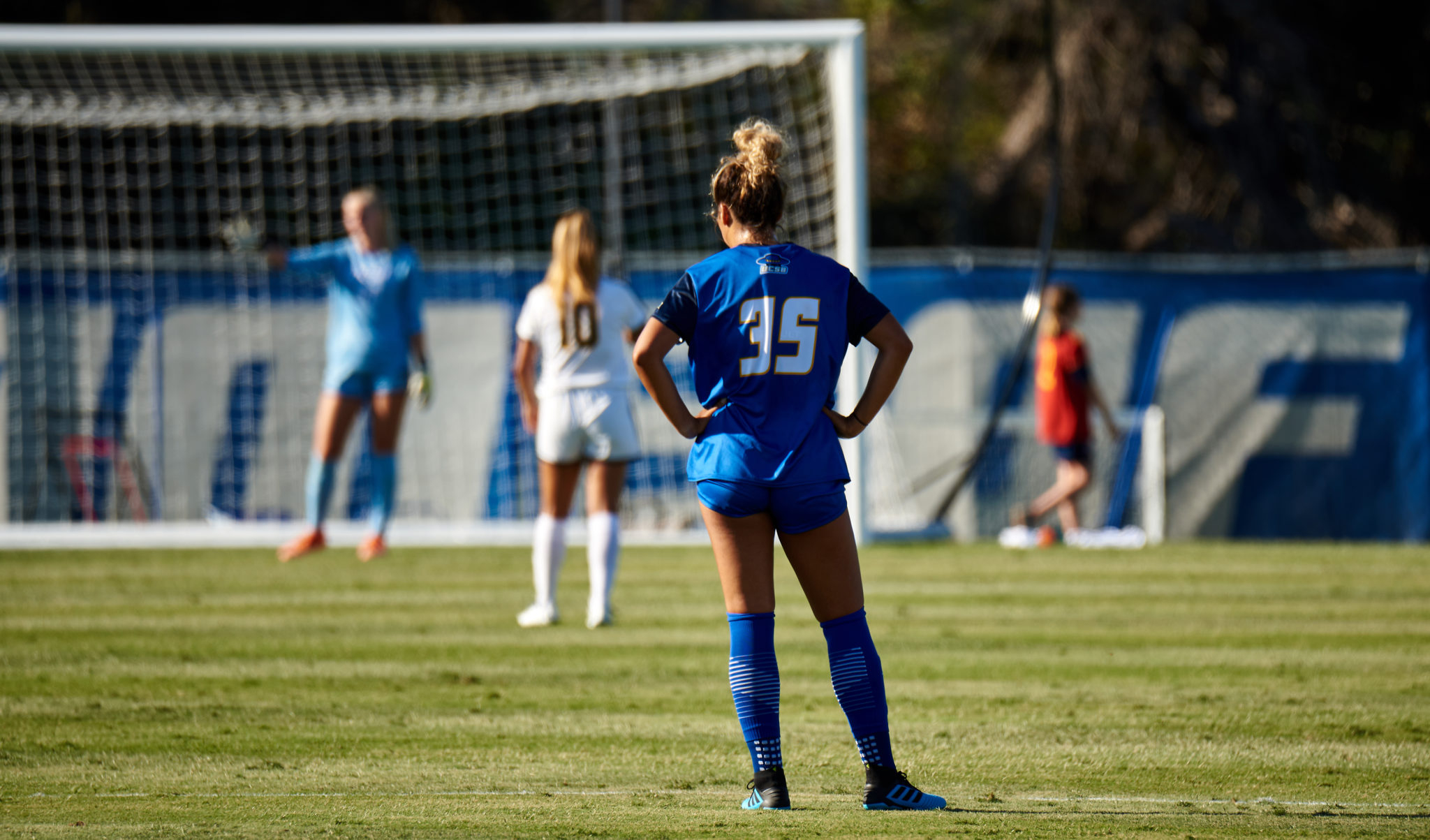 Now on a two-game winning streak, the 3-2-3 Gauchos will head up to the Bay Area on Thursday to take on the 4-5 Broncos of Santa Clara.

After a somewhat slow start to the season, the UCSB women’s soccer team has lost only one of their last five contests and their last two wins came in a rather convincing fashion.

This improved stretch of play for the Gauchos is largely due to the play of senior Shaelan Murison, who notched four goals and two assists over the last two games and was awarded with the Big West Conference Athlete of the Week award. Murison currently leads the Big West in goals, and she is tied for fourth in assists. Murison’s play on the offensive end is key for the Gauchos to win games and her elevated play over this improved stretch for the team only proves that point even more.

Junior forward Isabella Viana is the other Gaucho along with Murison to have recorded a goal in each of the past two games; the two goals are also the first two scores in her Gaucho career.

Over the last four games the Gaucho defense has been stellar and put the team in a position to win every game. The defense is spearheaded by senior goalkeeper Hanna DeWeese, who is currently fourth in the Big West with a .771 save percentage and fifth with 27 total saves. DeWeese has also been a catalyst for UCSB’s recent success by posting a .8 goals-against average over the last five games, lower than her overall season average of .92.

This is a great time of the year for the ‘Chos to hit their stride as a team with conference play on the horizon. They will want to be running on all cylinders by the time they have to face their Big West rivals.

However, until conference play officially begins, the UCSB women’s soccer team must take things one game at a time, and that means putting their entire focus into what will be a difficult road matchup against Santa Clara.

Don’t let the sub-.500 record fool you; Santa Clara is a talented team that has played a very difficult schedule to start the season. The Broncos were picked to finish first along with BYU in the WCC preseason poll this year, which makes sense because they are returning six All-WCC players from a year ago, including the reigning WCC player of the year in senior Kelcie Hedge.

But even with all the returning talent, the Broncos’ star player so far this season has been freshman Izzy D’Aquila, whose eight goals on the season ranks 13th in the country and second among freshmen. D’Aquila has scored a goal in six of her team’s nine games this season and recorded multiple goals in two of those six games, good for an incredible start to her freshman campaign. Not far behind D’Aquila is junior Kelsey Turnbow, who has six goals and six assists so far in 2019. Turnbow and D’Aquila are by far the team’s scoring leaders for the Broncos, but what makes this team especially difficult to handle is the multitude of other capable playmakers they have on the roster, with six other players having recorded a goal in the team’s first nine games.

Santa Clara’s deep and talented roster will pose a unique challenge for the Gauchos, which means Santa Barbara will have to make the most of their opportunities on offense while also limiting the scoring chances for the Broncos on the other end.

The Gauchos and Broncos will face off in Santa Clara on Thursday, Sept. 26 at 7 p.m.