The Daily Nexus
News
A Look Inside UCSB’s Blockchain Community
September 21, 2019 at 9:45 am by Max Abrams

For college students looking to learn more about blockchain — more commonly known as the technology supporting cryptocurrency — finding the right resources can be tricky. Because most universities don’t offer accredited classes taught by professors, students often resort to teaching each other — such as at UC Santa Barbara, where over 650 students are actively learning and teaching each other about blockchain through a club known as Blockchain at UCSB. 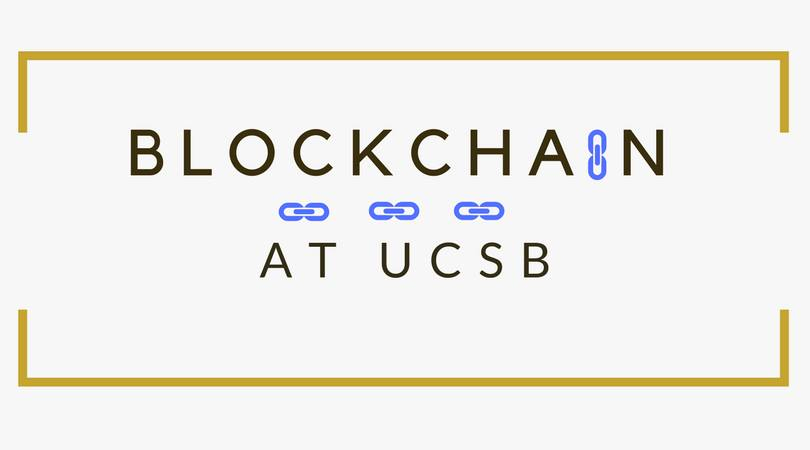 One of the largest organizations on campus, the dynamic of Blockchain at UCSB is similar to most other clubs. Students gather to read papers published in the blockchain field, host invited speakers, attend student-produced lectures and travel to blockchain-related conferences, according to Piergiacomo Palmisani, the club’s incoming president and a graduate student in the Technology Management Program.

“There’s a lot of people that are interested in learning but are not willing to learn [everything] by themselves. That’s why Blockchain at UCSB exists. We can provide a quality education by teaching [students] all the essentials of this technology,” Palmisani said.

While a passion for technology is common among all members, reasons for joining the club vary. Some see it as a place where students “can potentially meet their new employers” while others have project ideas and aspirations that could be funded through connections made in the club, Palmisani said.

In one instance, Palmisani said Blockchain at UCSB connected a project called Reward Stream, designed by third-year computer science major Max Colbert, to investors. Colbert went on to receive $50,000 for the startup after Blockchain at UCSB helped put his project on the map.

The one aspect of blockchain that the club will not support, Palmisani said, is cryptocurrency trading itself. The instant gratification and “quick return” of digital currency is alluring to many, he said, but students in search of investment advice will not find it here.

Instead, the club is focused mainly on “legitimizing” blockchain’s other uses — supply chains, data sharing and property ownership — by drawing more recognition to the industry in hopes of spurring accredited classes down the line, according to Cameron Dennis ‘18, co-founder of Blockchain at UCSB.

By establishing accredited classes in universities, blockchain may reach those who never knew they had an interest in the technology, Dennis said.

In doing so, the “talent pipeline” for blockchain professions would have more room to grow, providing employment opportunities at Fortune 500 companies such as Microsoft, IBM and Oracle, which are already investing in the technology, he added.

Dennis and Palmisani see the blockchain community as a halfway mark between a club and a classroom, thus bridging the gap between the two.

Paramount to Blockchain at UCSB’s achievements is its success in establishing an accredited class dedicated to the technology, Dennis said. This coming fall, the College of Creative Studies will be offering a class about “blockchain development” which students can take for credit — a first at UCSB.

“This class is fulfilling the original mission of what we’re trying to do,” Dennis said.

UCSB will also be receiving support for blockchain-related endeavors through a new initiative launched by a venture capital-backed investment firm called MouseBelt. In August, MouseBelt University, a branch of the firm dedicated to investing in higher education, announced its plans to support UCSB, UC Los Angeles and UC Davis through an “accelerator program,” which entails two planned $500,000 investments for student projects and research funding to be split among the three schools.

According to Ashlie Meredith, university program developer at MouseBelt, UCSB will additionally be receiving a donation to the engineering department and the potential for student project funding in exchange for equity.

Meredith said UCSB was one of 13 universities that MouseBelt initially worked with on student projects in the past, which made finding a home for the accelerator program easier because the club’s success was already on MouseBelt’s radar.

“I engaged in an exploratory effort to talk to as many student organizations as I could in the U.S. and Canada to get the temperature of blockchain at universities, what was going on, who had classes and how established these clubs were,” she said.

“[Blockchain at UCSB] had a lot of partnerships with other organizations, even in Mexico with Blockchain UNAM. They’ve had multiple companies incubate and bring their ideas for potential funding. Even one of our portfolio companies came from one of those investments.”

While Dennis and Palmisani are both encouraged by MouseBelt’s interest in supporting blockchain-related endeavors at UCSB, and specifically the prospect of student entrepreneurs earning funding, they said there is still work to be done.

Palmisani finds that more universities nationwide need to be supportive of an atmosphere where the prospect of educating students about blockchain can become a reality. While investments from venture capital companies are a good sign for UCSB, those opportunities aren’t extended to every school, he added.

What does work, Dennis said, is teaching students in a “grassroots” style.

“I go to conferences and I understand what’s happening because I listen to these lectures or presentations. When I’m at a conference, I’ll summarize all the points that seem most important and give a presentation on those points,” he said.

By taking home what he learned from conferences, Dennis said he enabled students to keep up with current developments in the professional sphere by teaching them what he learned.

For now, Palmisani said he is looking forward to the upcoming year working with Blockchain at UCSB. Already included on the list of speakers the club will be bringing to campus is Julian Wheatland, former Chief Operating Officer of Cambridge Analytica, which was embroiled in scandal in early 2018 after millions of users’ information was harvested without consent.

With invited speakers, conventions, hackathons and lectures, Palmisani said he embraces the work that needs to be done, despite the heavy load. But it wouldn’t be possible without an affinity for blockchain, his driving force for running the club.

“You’ve got to have a lot of passion, otherwise I wouldn’t be doing this. I would just play soccer — my other passion — but I’m not as good as a professional player,” he said.