The Daily Nexus
Sports
Gauchos Look To Get Back On Track, Face Fresno St. and LMU
September 19, 2019 at 5:15 am by Kunal Mehta 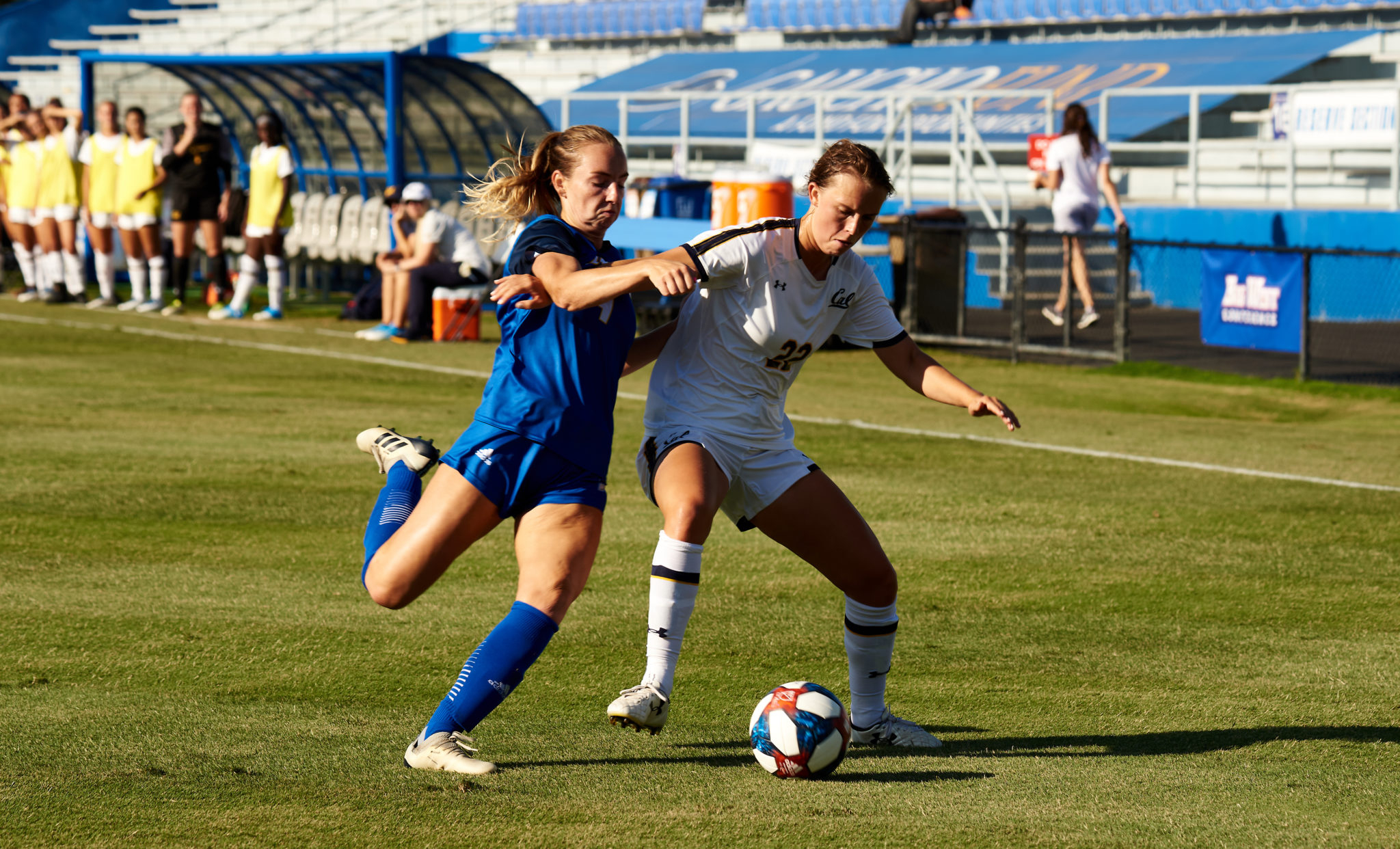 The UCSB women’s soccer team, 1-2-3 on the year, is back in action this week as the squad takes on Fresno State at home this Friday and Loyola Marymount on Sunday in LA.

After a disappointing past week, Santa Barbara will look to get back on track by creating more opportunities on the counterattack where the squad has struggled as of late.

Fresno State has been extremely impressive this season as the team has an overall record of 3-1-1 thus far.

In their most recent matchup against Weber State, the Bulldogs dominated with a 2-0 victory.

Sophomore midfielder Mariona Segales and redshirt junior Emma Chivers lead the way offensively for Fresno State with two goals each. On the defensive side of the ball, freshman goalkeeper Milena Zink has accumulated 10 saves already on the season with a save percentage of 83.3%.

In order for UCSB to have success against Fresno State, it will be important for the ‘Chos to pressure the bulldog midfielders into turning the ball over on their side of the pitch. This will allow Santa Barbara to find more opportunities for transition offensive attacks against a very talented bulldog team.

Loyola Marymount has struggled mightily this season as their current record is 0-5-2 — the team is on a two-game losing streak as well.

The Lions lost to No. 13 Washington State in Pullman this past Sunday as the team was unable to score an equalizer.

Junior midfielder Maki Kono had the only goal of the night for Loyola Marymount and is currently the team’s leading goal scorer.

Santa Barbara will need to be on their top game against the Lions who are much more talented than their record would indicate.

The Gauchos will need to find ways to win close games, especially with the team already having three ties thus far.

That being said, the squad is extremely young and is still trying to find their identity as a team. With more game experience, not only will the chemistry increase but so will the confidence of the team.

One of the issues that Santa Barbara has faced primarily has been the inability to create opportunities to score.

Senior forward Shaelan Murison seems to be one of the few players on the roster who can consistently find the back of the net but has now been taken out of the game as opposing teams have double teamed her inside the box.

In order for UCSB to contend for the Big West title this year, another forward must emerge as a consistent goal scorer.
Sophomore forward Jessica Wright seems to be the most likely candidate to step up for the ‘Chos as she has two goals already this season.

If more players start to score for the Gauchos, this will inevitably free up Murison for her own opportunities to find the back of the net.

Defensively, the Gauchos have been strong as the team has produced three clean sheets and has given up an average of only one goal per game.

The senior was just selected as the Big West Defensive Player of the Week, a fitting reward for a week which saw her give up a stingy .9 goals per game to go along with a .846 save percentage on average.

Moreover, UCSB’s defenders have been formidable as well as opposing offensive players have struggled to get past them.

UCSB will face Fresno State at home this upcoming Friday at 7 p.m and Loyola Marymount on Sunday at 1 p.m, where the Gauchos will try to get back in the win column at Harder.