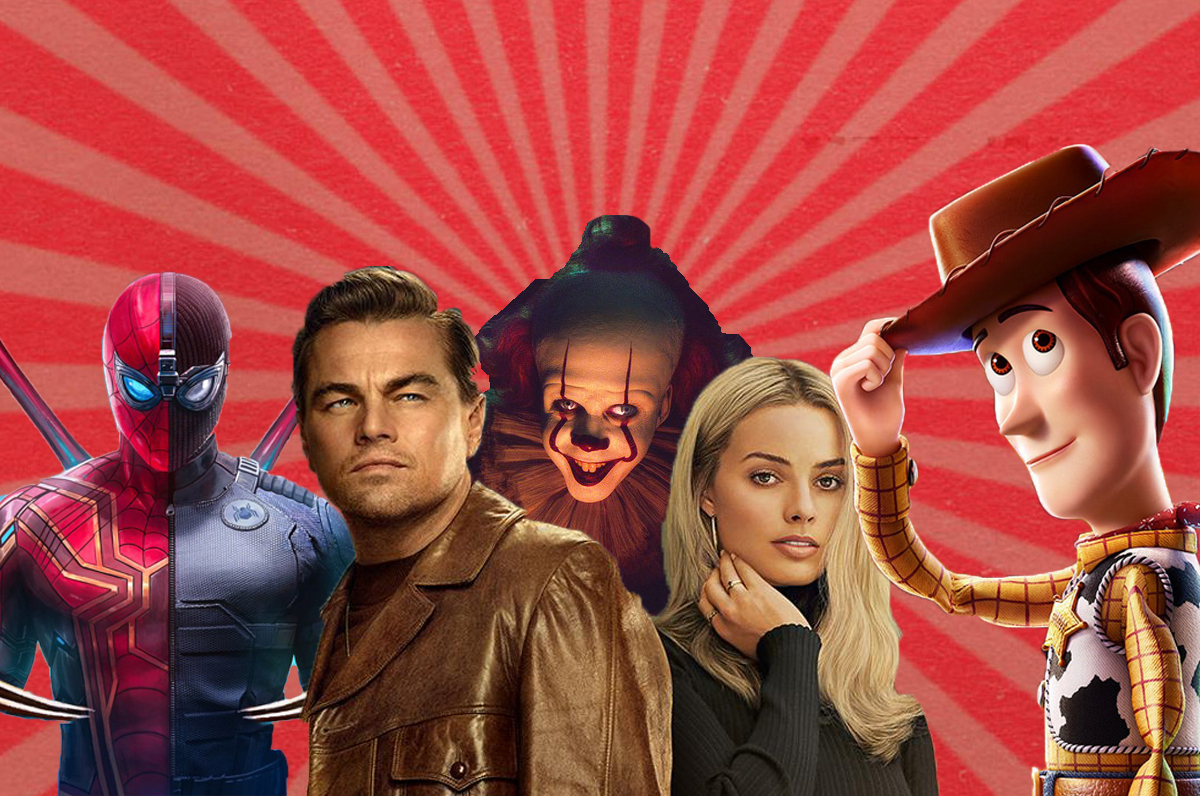 Check out this list for the best and worst movies to come out of summer 2019!

1. Once Upon a Time… in Hollywood

Although director Quentin Tarantino faced some serious criticism for the infamous Bruce Lee scene, “Once Upon a Time… in Hollywood” stands as one of the most original films to come out of 2019. With this movie, we get to watch Rick Dalton (Leonardo DiCaprio) make his big comeback in Hollywood stardom after struggling to find decent work as an aging, one-dimensional actor. Intermingled with this fictional narrative is the appearance of actress Sharon Tate (Margot Robbie), whose brutal murder history gets rewritten in a satisfying yet extremely violent way. While Tarantino weaves in lots of true, historical moments in the film, “Once Upon a Time… in Hollywood” is ultimately an exaggerated, daydream version of an idealized 1960s Hollywood; one in which second chances are given and justice is served to those who deserve it.

First off: thank goodness this movie was filmed before the whole Sony and Disney debacle. While Marvel superhero movies can often feel cheesy and unoriginal, “Spider-Man: Far From Home” presented audiences with just the perfect amount of cheese, a brilliant cast and a crazy nail-biting twist ending that no one saw coming. As Peter Parker (Tom Holland) decides to take a break from his superhero duties and enjoy his school trip abroad to Europe, he befriends Mysterio (Jake Gyllenhaal) and finds himself, you guessed it, fighting crime once again in his Spider-Man suit. Besides Holland and Gyllenhaal, Zendaya also shone bright in this film as her character, Mary Jane, finally got more screen time and even helped Spider-Man discover who the villain was. Overall, “Spider-Man: Far From Home” is one of the few superhero movies to come out this year that I’m confident any person could enjoy.

Was this movie necessary? No. Was this movie fun to watch and enough to satisfy your nostalgic need to cling onto iconic childhood characters? Yes. “Toy Story 4” captures another toy adventure sans Andy and reunites Woody with his love interest, Bo Peep — it’s that simple. Unlike “Toy Story 3,” the villain here turns out to be quite redeemable and even gets her own happily-ever-after ending. There’s not much to say about this movie, much like “Toy Story 3,” as it doesn’t measure up to the first two in the Toy Story film franchise but is still entertaining to watch. At this point, the Toy Story legacy has nothing new or special to offer its original audience besides these sequels that seem to do nothing but remind you how old you are.

While I absolutely despise this recent rise in reboots and remakes, I felt this new version of “Child’s Play” held some kind of originality by altering the origin story of Chucky and thus changing the personality of this iconic horror character. Rather than just repeating the exact same story in the boring and overly-CGI fashion that most reboots tend to do, director Lars Klevberg instead gave horror fans an alternative version of the beloved Chucky doll. When compared to the original 1988 classic, this 2019 Chucky has a much more friendly approach to his murderous activities. Chucky simply just wants to be best friends with his child owner, and is willing to take out anyone who gets in the way of this mission. Although this version of “Child’s Play” is playing off of the success of the original franchise, I can at least admire the creativity that went into changing the essence of Chucky, both in terms of personality and looks. Plus, who doesn’t want to see a horror movie with Aubrey Plaza in it?

For a movie that’s three hours long and filled with so many beloved characters, I just expected to leave the theater feeling more impressed, which is why “Avengers: Endgame” is so low on this list. In the crossover of the century, “Avengers: Endgame” shows all our favorite Marvel heroes working together at a second chance of defeating Thanos through a confusing use of time travel. Overall, this movie seemed to fail in its own inconsistencies and overly-cheesy moments. Why does Iron Man get a whole funeral and Black Widow doesn’t? What does that mean for the past Captain America films if he has gone back in time to be with his love interest in the 1940s? Can snapping with the glove do anything you want or is it limited to just eliminating/un-eliminating 50% of all living beings on Earth? Could I read the comic books or online forums to get these answers? Maybe, but I won’t because the film should have handled these questions itself.

“IT Chapter Two” was one of my most anticipated films of 2019, however it turned out to be a major bust. This sequel takes us back to Derry after 27 years have passed where Pennywise has risen once again to wreak havoc. After an unnecessarily brutal opening to the movie, we see the kids of the Losers Club all grown up, living their separate lives all far apart from each other. Soon, the film seems to turn into a regurgitation of the first movie once everyone is reunited and is working together to take down Pennywise (again). The casting and acting of each character was amazing (probably the best part of the movie overall), but the film itself felt like nothing more than a compilation of flashbacks to the first film, finished off with a very lame and unfulfilling ending.

7. Scary Stories to Tell in the Dark

As someone who grew up reading the iconic “Scary Stories to Tell in the Dark” books, the film adaptation left little to be desired. This film follows a group of kids who venture into a haunted house and find a book in which the scary stories seemingly write themselves, and soon, everything that’s written in the book happens in real life. Along the way, we see iconic characters like Harold the Scarecrow terrorize the kids until eventually the movie runs out of characters and the movie ends. There were some genuinely scary parts of the movie that made it hard to not look away from the screen, but the CGI, generic dialogue and ineffective jump scares greatly tarnished the quality of the original “Scary Stories to Tell in the Dark” books and of the film at hand.

Disney, just please for the love of god, stop rebooting everything. Thanks.