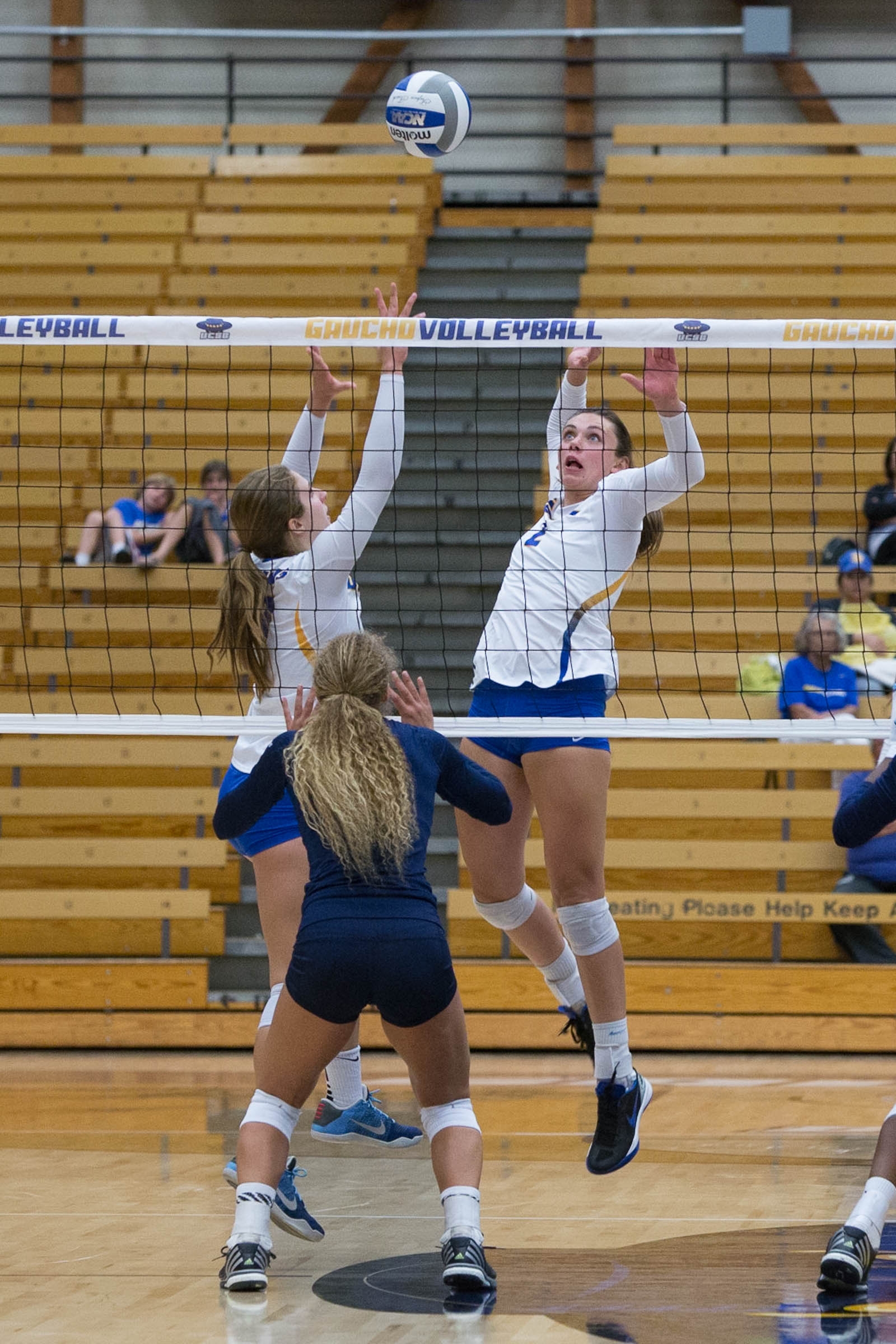 UCSB hosts the Thunderdome Classic this weekend where they will look to stay hot against some tough competition.

The Gauchos will play University of San Diego on Friday, a team that has played much better than their 2-3 record would suggest.

Despite the Gauchos owning an impressive 5-1 record up to this point, the Toreros have the upper hand in kills per set, assists per set, ball handling errors and service errors. UCSB will have to be clinical and composed if they are to go into Saturday with another win.

UCSB will host both La Salle University and Harvard University on Saturday in what should prove to be an exciting weekend.

Harvard meanwhile has only played three games, but are 2-1 with wins against Sacred Heart and Rhode Island and a loss to Colgate.

Harvard is led by junior Evelyn Gray who has posted 35 kills in three games. The Harvard lineup will feature five players who currently have 20 kills or more, though the Gauchos have six such players, including Tasia Farmer with 19.

While it isn’t necessarily fair to compare these types of statistics considering the difference in games played, it is important to note that if Gray were to keep her pace in the next two games, she would still be far off from UCSB star Lindsey Ruddins, who has 114 through six games.

Harvard posses a much superior hitting percentage thus far (.259 to .199), though UCSB’s higher kill count and better digs per set clip (15.48 to 9.85) suggest the Gauchos will be able to secure victories from extended rallies.

Over in Santa Barbara, Ruddins has taken home her first Big West Player of the Week award for 2019 and the 10th of her career. She is now tied for second all-time with Hawaii’s Nikki Taylor and only one behind Cal Poly’s Kylie Atherstone.

Ruddins managed 59 kills and 34 digs in 13 sets this past weekend and will look to lead the charge into UCSB’s first home tournament of the season.

While much of the talk here at the Nexus has been centered around Ruddins, the supporting cast, or rather the phenomenal depth of this lineup, features a variety of players who have dominated at their positions.

Sophomore Zoe Fleck has racked up 24 assists and 87 digs, the latter number being a team-high, all the while committing just a single error.

Freshman Deni Wilson has had a successful start to her collegiate career to say the least, as she is second on the team in blocks per set while also only committing the fourth-most errors on the team. Awareness and athleticism are her game and she’ll look to stay in stride heading into the weekend.

Sophomore Olivia Lovenberg leads the team by far with 151 assists with second place going to freshman Romoni Vivao and her 109 helpers. Lovenberg is also fifth in digs per set and a composed eighth in errors committed. Lovenberg is an all-around player and, at the sophomore level, has plenty of room to grow. Expect a big season from her.

As previously mentioned, another freshman gets the spotlight as Vivao is second on the team in assists and hasn’t committed a single error. That’s right, not a single one.

The Gauchos thus far have taken a huge step forward thanks to a much composed lineup that is years ahead of personal and team expectations. While Ruddins is a senior, that conversation will have to wait. This is a young team with talent up and down the lineup that will look to make its mark in Gaucho history.

The Thunderdome Classic kicks off Friday night at 6:00 p.m. while games against La Salle and Harvard will start Saturday at noon and 7:00 p.m. respectively.