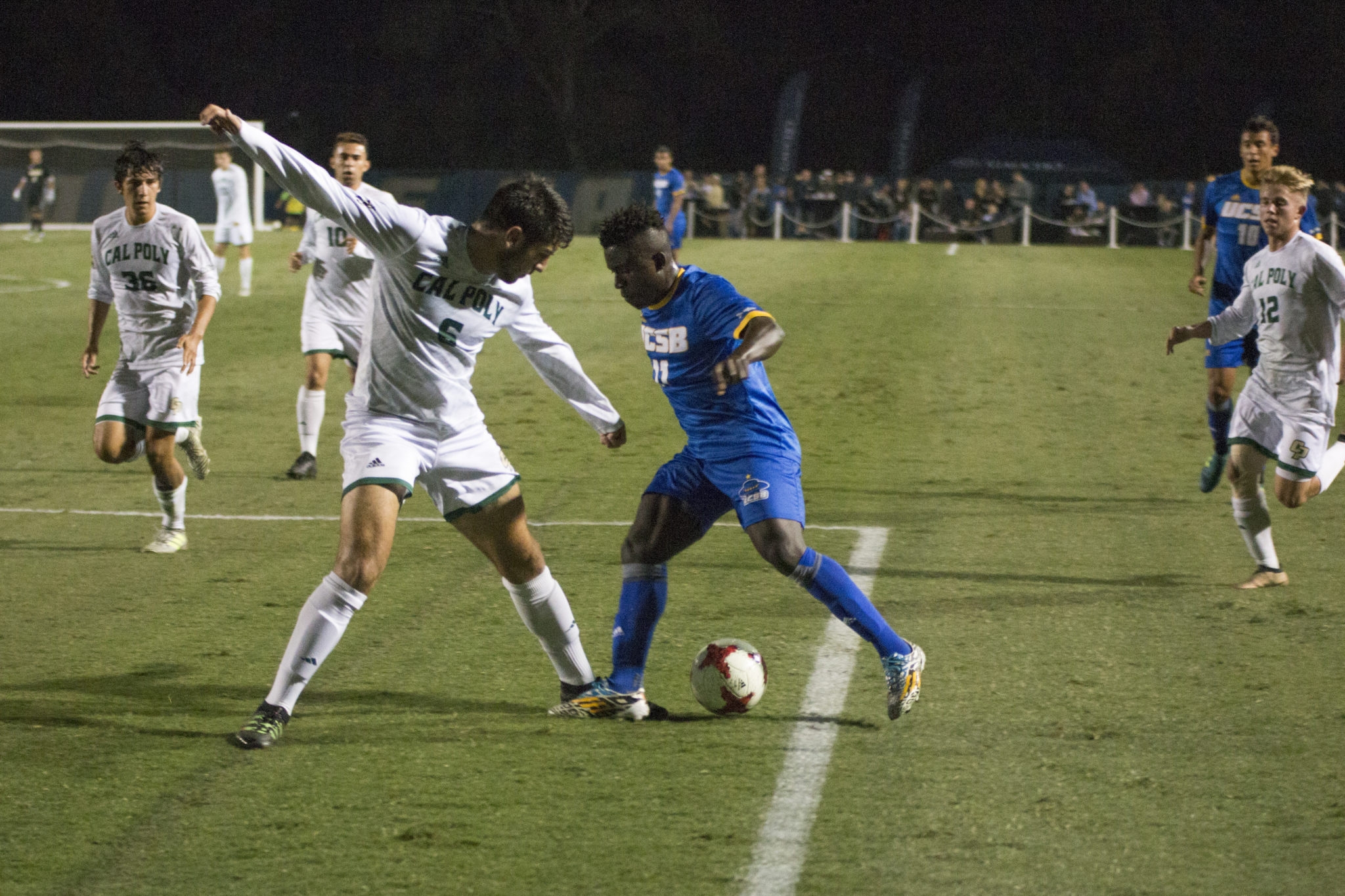 The third fixture of the men’s soccer regular season is upon us as UCSB takes on the Berkeley Golden Bears at home this Saturday. This will be the final matchup of a three-game homestand in which the Gauchos hosted UNLV and No. 10 Virginia Tech; the team will face a doubleheader on the road next week as they visit Gonzaga and Oregon State.

UCSB enters this week of play looking to finish on the right side of .500 following their split in performances last week. First, they had a 2-1 victory against the UNLV Rebels which had to go to double overtime until a late golden goal by senior forward Will Baynham secured it for the home side.

Then, the Gauchos suffered a 3-1 loss to a Virginia Tech side that has been climbing the national rankings as of late.

Nevertheless, the Gauchos will want to get back on track and they’ll seek to do so against a Cal team who stands at a .750 win percentage after winning their opener and drawing in their most recent game.

Looking back at the record book, there is an added incentive for the Gauchos considering their last victory over Cal came all the way back in 2003 following a 2-0 postseason win in the second round of the NCAA Tournament. UCSB trails in the all-time series against Cal by a record of 11-18-3, and a win here will snap an ongoing four-game losing streak versus the Bears.

Ones to watch for the Gauchos include a pair of senior strikers in Ignacio Tellechea and the aforementioned Baynham; both Tellechea and Baynham lead the team in scoring with a goal each to their name. In addition, midfielder Thibault Candia is responsible for supplying the threat as the senior playmaker has a team-leading 2 assists.

Coming into this weekend’s game a roster update is in order, as several key Gauchos may not be suiting up against Cal.

Junior defender Hunter Ashworth and senior defender Noah Billingsley, who are both starters in Head Coach Tim Vom Steeg’s squad, will be attending to international duties after being called up to the U-23 New Zealand team. UCSB has also sustained a couple of injuries with freshman defender Lucas Gonzalez and senior defender Faouzi Taieb both unable to finish the match versus UNLV. The Gauchos’ backline will be tested considering these four potential absences on defense.

As for Cal, they have a team-leading duo of their own in freshman midfielder Paolo Carrillo-Weisenburger and junior forward Tommy Williamson. Both also have a goal each on the season and will look to make a difference for their team playing on the road.

It’ll be an exciting Saturday night for soccer as the Gauchos will fight for another home win in hopes of bringing their regular season record to 2-1. It’ll also be ‘Gaucho Gives Elementary School Night’, at the Thunderdome, with a youth t-shirts promo and post-game autographs. All the action kicks off at 7:00 p.m. as UCSB hosts Cal this Saturday, Sept. 7.