The Daily Nexus
News
Mojo Teahouse To Move to Former Ike’s Location on 65 Seville
September 3, 2019 at 12:47 pm by Alex Bumpers

After nearly a year at its 6578 Trigo Road location, Mojo Teahouse is moving to 6530 Seville Road, the former location of Ike’s Sandwiches, in early September. Mojo’s owner Boxi Wang cited lower rent and more indoor space at the new site as some of the reasons for the relocation. 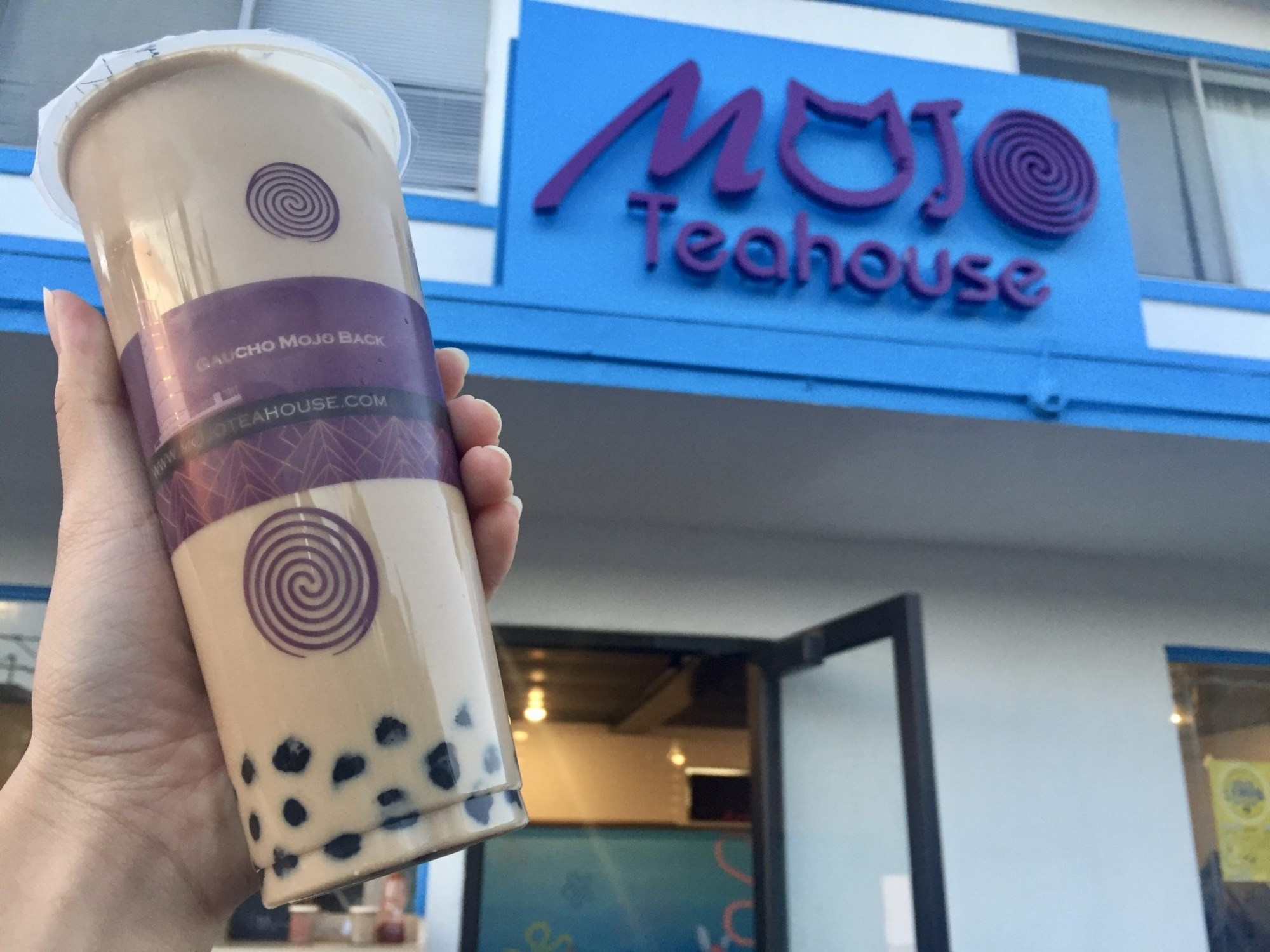 Wang began seeking a new location after the landlord at the Trigo location doubled the rent. Rachel Lee / Daily Nexus

In addition to the change in location, Wang said that the teahouse will be rebranded as “Mojo – New Asian Fusion Café.”

“We will introduce many new drink and food items when fall quarter starts,” he said.

Wang began seeking a new location at the beginning of this year after the landlord at the Trigo location doubled the rent.

“We wanted to find a better location for both our customers and employees. The old Ike’s building is newer – the infrastructure and everything is better. Since [the Trigo location] doesn’t have air conditioning, our employees will feel much better at the new location.”

Wang also noted that in the winter, when it rains more often, his customers didn’t have a place to sit since the current location is limited to outdoor seating. He added that Mojo looks forward to being able to provide indoor seating at the new location.

Even before setting up shop on Trigo, Wang had been skeptical about the location. “When I first came here, even my employees said, ‘You made a bold move coming into this location.’ I had seen it change hands between 805 Kabob and Café International a couple times.”

Wang cited lack of kitchen space at the current location as another important factor in the move.

“The space [at the current location] is limited and people are often complaining about us not being able to keep up with their demand. So, moving into a larger space gives us more storage and cooking space to turn over that demand and give customers what they need,” he said.

Wang also hopes that being closer to campus and the more popular parts of I.V. will help with business.

“When I’m in I.V. I go walk around at different times of day and observe the busiest parts. Trigo is dead on the weekends, and the busiest street is Pardall and the area where Woodstock’s is. Sometimes people may feel like Mojo is such a long walk from there, but now, more people will be able to try us since we are closer.”

He had also heard of people having trouble finding the current location and thinks that the newer location will make for easier access, especially because many people “know Ike’s was there.”

Ike’s closed abruptly in April and moved to a new location in downtown Santa Barbara. Issues between the sandwich shop and the property manager, Icon, including the reported presence of mold at the location, led owner Ike Shehadeh to pack up shop and move to State Street.

When asked about the status of the mold, Wang said, “I did follow up with the property owner, and they said the mold situation was resolved.”

A representative from Icon Property Management declined to comment on the situation.