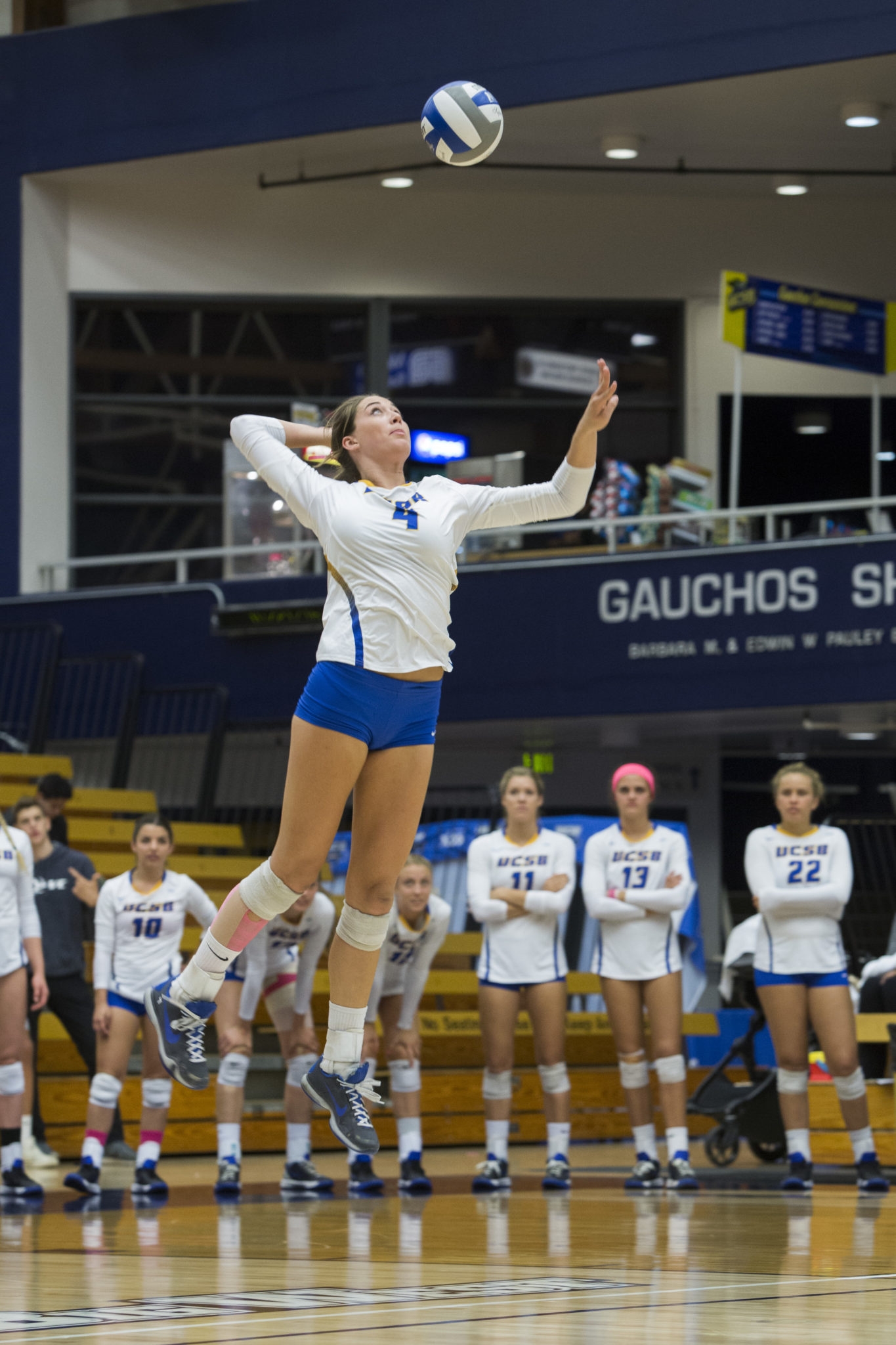 UCSB finished opening weekend with a 2-1 record after sweeping Long Island University Brooklyn just before taking one of two on the final day of the tournament.

Colorado hosted the Buffs Invitational this past weekend, and the Gauchos got off to a strong start Friday afternoon as they swept LIU Brooklyn 3-0 (25-17, 25-17, 25-20).

Lindsey Ruddins was at her best again with a team-high 15 kills on 30 attempts. Right behind her was Tallulah Froley, Deni Wilson and Kjia Rivers with nine, seven and six kills respectively.

It was a team game for the Gauchos as Head Coach Nicole Lantagne Welch’s squad featured five players with three or more kills while LIU only had Kora Schaberl, 16, and Jovana Stekovic, nine.

While Schaberl did lead both teams in kills, she also led both teams in errors at seven and LIU also posted eight more errors overall than the Gauchos.

They came out strong in the fourth set after a heartbreaking third. Ruddins post a trio of kills to bring the score to 7-3 and the Gauchos would eventually hold on.

The fifth set was back and forth, but clutch plays by Wilson, Ruddins and Rowan Ennis would prove to be the deciding moments of the set and match.

It shouldn’t be too hard to appreciate the depth that this team has. Contributors from all over the court were once again shining.

Wilson followed up her nine-kill debut on Friday with a new career-high 11-kill performance. She added four blocks too while Ennis led the team with eight. Ennis was not afraid of scoring either and had eight kills herself.

Zoe Fleck and Torre Glasker put on defensive masterclasses as they posted 28 and 21 digs respectively while Ruddins added 16 for the double-double.

As for the helpers, Olivia Lovenberg’s 27 and Romoni Vivao’s 24 assists were the result of a very solid pair holding the setting duties for Welch’s squad.

Froley and Rivers added seven kills each and the Gauchos were just rolling.

Two long runs (10-3 in the first set, 8-1 in the last) by Colorado gave them the edge in what was a fierce showdown between two very deep squads.

Ruddins was once again at the top of her team in kills with 19, but Ennis, Froley, Wilson and Tasia Farmer all tallied seven apiece. More impressive was Vivao’s 17-assist, 11-dig double-double that also included seven blocks.

While the weekend proved that UCSB is more than capable of standing their ground, kill efficiency was the reason they lost this game and almost lost to Wyoming. If the Gauchos are to have sustained success, they must add efficiency to their already deep and versatile squad.

The Gauchos will look to take on NC State this Friday, Sept. 6 at 11:30 a.m. to open the VCU Invitational.