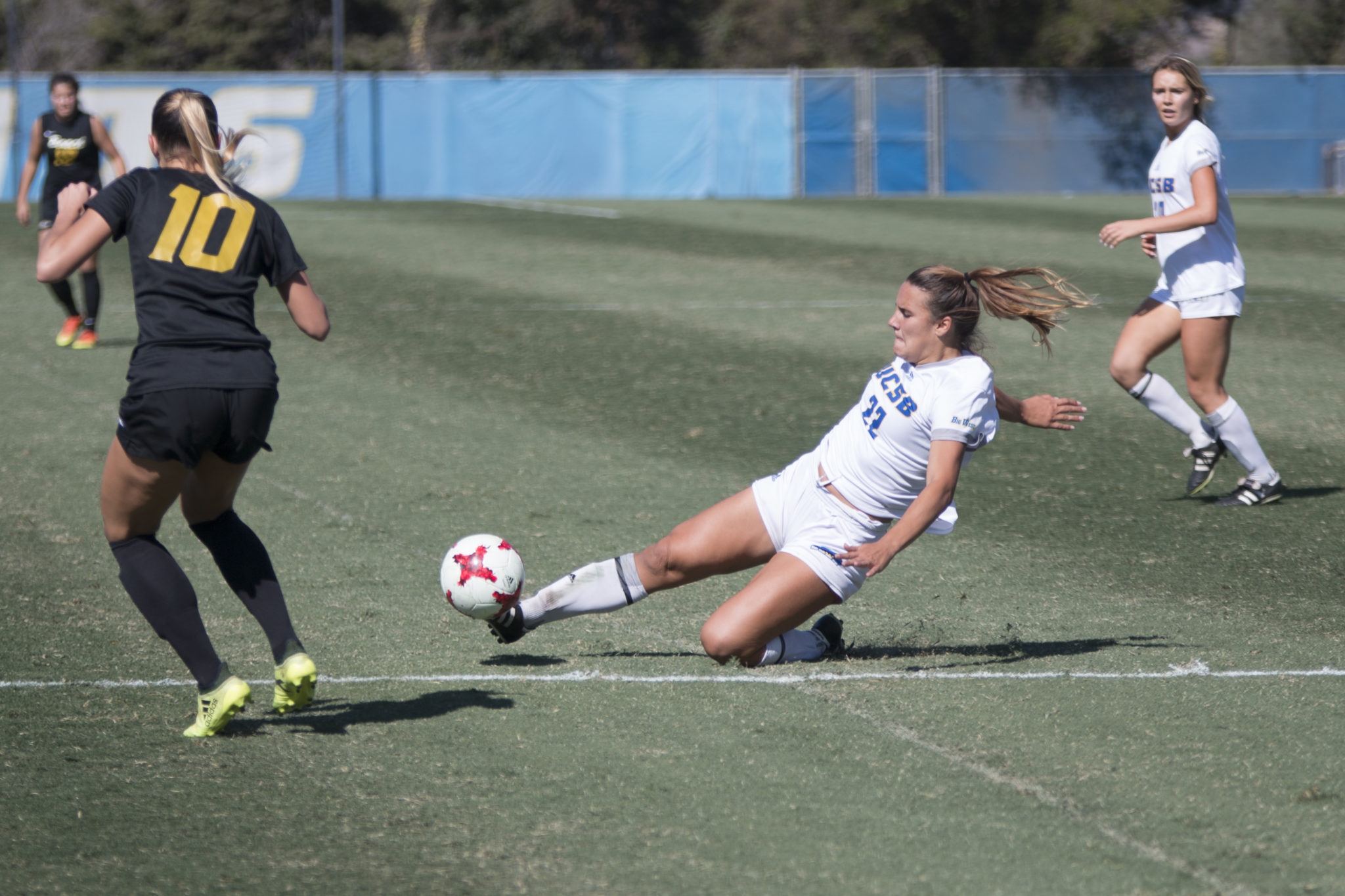 The UCSB women’s soccer team was unable to grab their first win of the season this past Friday against Cal as they lost by a score of 2-0. With only one shot on goal, Santa Barbara was unable to establish any kind of rhythm, leading to a comfortable win for the Golden Bears.

Cal was last in action against Weber State where the Bears dominated and won by a score of 5-0. Junior midfielder Luca Deza was able to find the back of the net twice against the Wildcats. Although it was only the first game of the season, it was very clear that Cal’s roster is filled with talented players across the board and that the Gauchos would have to be on top of their game in order to upset the Bears.

Throughout the first half, both teams struggled to find opportunities on the offensive end. Much of this can be attributed to the stout defense on both sides, particularly the on-ball pressure in the midfield area. That being said, Santa Barbara had their chances as they had five corners in the first half but were unable to execute in the final third of the field.

After a scoreless first half, Cal would finally convert a goal three minutes into the second half after a header from redshirt sophomore Denae Antoine that was able to just get past the outstretched arm of UCSB’s senior goalkeeper Hanna DeWeese. It was a momentary lapse in concentration by the ‘Chos defense as they let Antoine find space in the penalty box where she was able to redirect the ball into the back of the net.

Twenty minutes later, the Bears would get their second goal of the night as junior forward Emma Westin converted a cross to put Cal up by two goals, essentially putting the game out of reach.

It was a struggle throughout the entire game for Santa Barbara on offense as UCSB struggled to put pressure on Cal’s freshman goalkeeper Angelina Anderson. Anderson only had to save one shot on goal as the rest of the Gauchos’ seven shots were off the mark.

In order for Santa Barbara to get their first win of the season in the next week, it will be important for them to develop an identity on the offensive side of the field. While the squad is very effective on the defensive side of the field, they will not be able to win most of their games without finding the back of the net multiple times in a given game.

Senior forward Shaelan Murison will be one of the key players regarding whether UCSB will be able to find consistency on the offensive end. As the team’s leading goal scorer from a year ago, there is a lot of responsibility that has been put on her shoulders as the team looks to take the next step towards a Big West Championship. Even though Murison is an important piece, her teammates must also find a way to make an impact as well as opposing teams will surely double team her inside of the box.

One positive takeaway from this matchup was the play of DeWeese as she had a total of five saves. DeWeese has proven to be extremely consistent in front of the net and has cemented her role as a leader for the team as well.