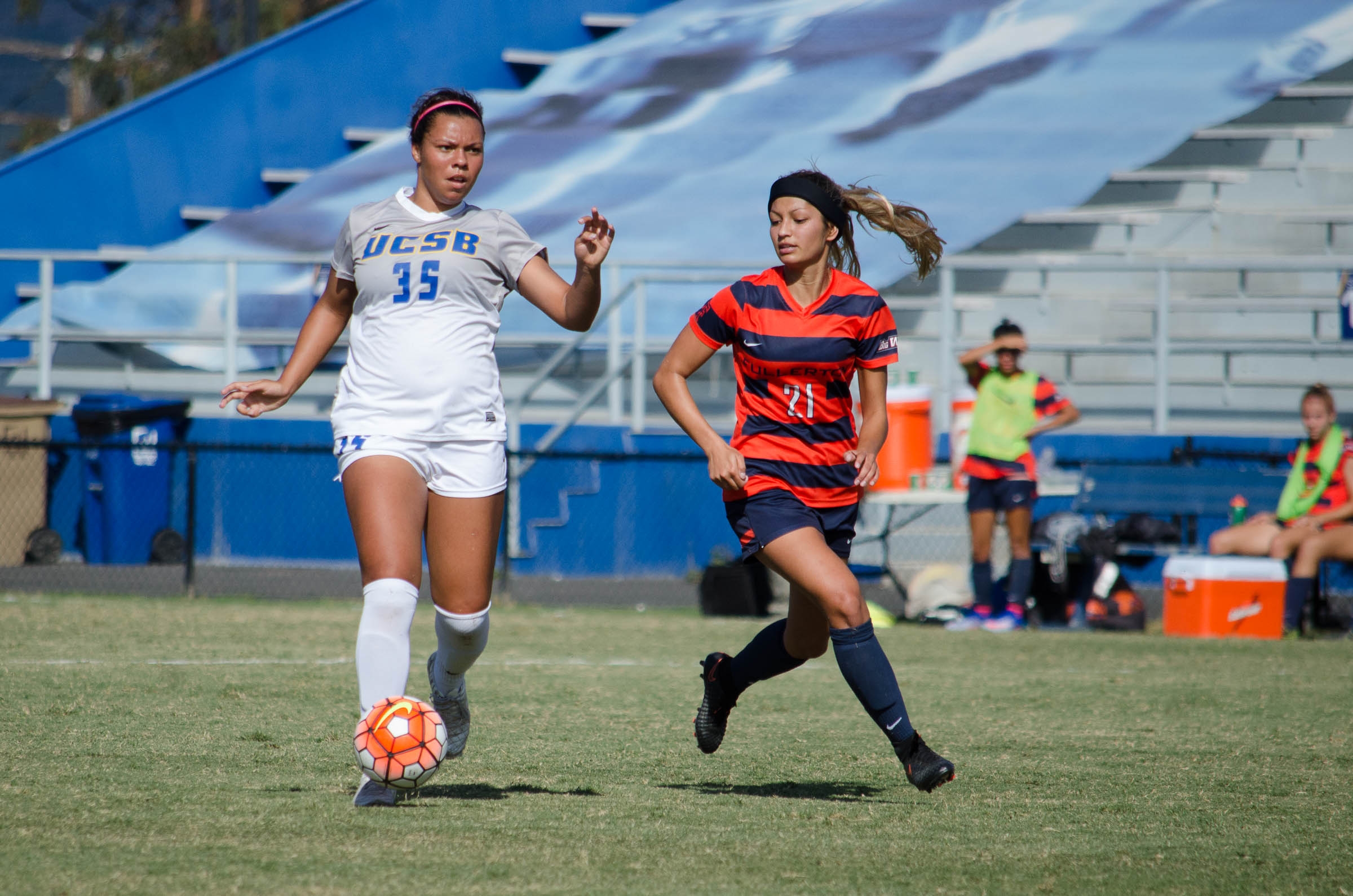 For the second time this year, the UCSB women’s soccer team emerged from a long battle spanning the full 90 minutes plus two overtimes with a draw. In Sunday’s game, the ‘Chos could not find the back of the net and ended up in a 0-0 draw against San Jose State at Harder Stadium. With this result, UCSB moves to 0-0-2 on the season and is still searching for its first win.

The Spartans’ start to the season has been similar to the Gauchos, as they tied 0-0 in their first regular season game against Cal Poly last Thursday. San Jose State has high expectations for this season after being picked to finish second in the Mountain West Conference Preseason Poll. They will be looking to build off of the successes of 2018 by repeating as conference champions and making the NCAA tournament for the second year in a row.

SJSU is an elite team mainly due to their excellent crew of defensive stoppers who man the backline, and they showed it by not allowing the Gauchos to find the net. Last season the Spartans had one of the best defenses in the country, lead by now-senior Kristen Amarikwa, a 2018 All-Mountain West First Team selection. Her teammates Jada Wilson and Natasha Harris were selected to the All-Conference and All-MWC Tournament teams respectively last season, and they’re back to hold down the fort defensively.

Sunday’s game saw the Gauchos get off to a solid start that left them with nothing to show for it. During the first 31 minutes of action, UCSB managed four shots and limited the Spartans to zero attempts of their own. Angelica Ortega and Shaelan Murison both got decent looks, but Spartans keeper Ariana Romero came up with the save both times. Aside from the few shots from both teams, the first half set the gritty tone of this game with lots of physical play and a heft number of fouls called as both teams combined for 11 of the game’s 33 total fouls in the first 45 minutes of action.

In the second half, Santa Barbara continued to get solid looks to score but again it was keeper Romero with another pair of saves in the first 18 minutes of the second half. SJSU did not get many great looks all game until the 81st minute, when the Spartans’ Darrian Reed and Natalia Nava got a couple of shots on goal within a two-minute span that were both saved by Gauchos keeper Hanna DeWeese. Each team had one more shot to win in regulation as shots by Murison of UCSB and Alison Gallant of SJSU were saved in the final minutes and the match went to overtime.

Neither team scored in overtime even though the Gauchos kept the pressure on and managed six unsuccessful shots in twenty minutes before the game was called.

This marathon overtime game gives the Gauchos a 0-0-2 record, and they will look to get their first win of the season at 5:00 p.m. on Friday when they return to Harder Stadium to face the Cal Golden Bears.