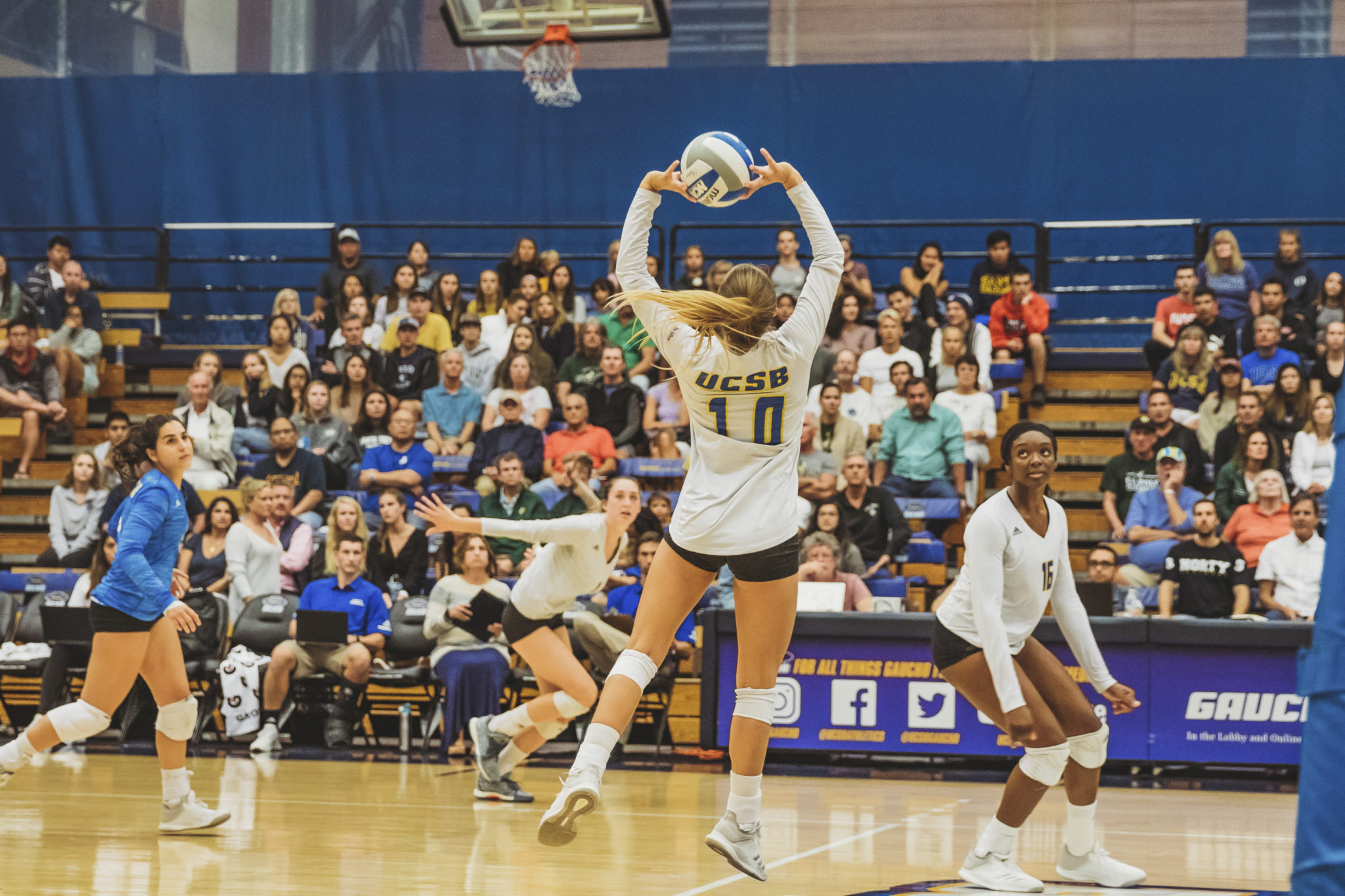 Volleyball season is just around the corner as the Gauchos get set for their first games of the season this weekend. UCSB will be looking for its first Big West title since 2013 and will be hoping to build off of their improvement in the previous season..

The Gauchos finished 2018 with an overall record of 17-12 and a conference record of 9-7 helped in part by the surprising play of freshman setter Olivia Lovenberg, who led the league in assists per set while also posting four double-doubles with assists and digs in her first six career games.

After a rocky 2-3 start to the season, the Gauchos quickly turned it around, rattling off 10 wins in their next 13 games and earning them a 12-6 record a little over halfway through the season.

With Lovenberg leading the Big West in assists per set at 11.21, star senior Lindsey Ruddins and now-graduated Emilia Petrachi played significant roles in the turnaround as well. Ruddins led the Big West in total kills and kills per set at 587 and 5.34 respectively, while Petrachi found herself at the top in both digs and digs per set at 555 and 4.96 in her senior year.

The story here is that the 2018-19 Gauchos were able to rebound after a tough 2017-18 season which saw a measly 8-20 record overall and a 7-9 record in conference play. The rebound was a team effort that featured top-level contributions from a variety of positions and experience levels.

The Gauchos were ultimately invited to the National Invitational Volleyball Championship after finishing 9-7 in league play and winning their last three games, including two back-to-back sweeps.

UCSB’s 9-7 league record was their best since the 2013 season and they will be looking to improve as they begin the 2019-20 season this weekend.

It should be an uphill battle though, as conference rivals Cal Poly, Hawai’i and UC Irvine finished last season with conference records of 15-1, 14-2 and 10-6 respectively.

An eleven-game stretch near the start of the season features one matchup with Irvine and two with Hawai’i, as well as two Blue-Green rivalries. That means five of those eleven games will be against last year’s top three conference teams including UCSB’s archrival. This stretch also features two matchups with UC Davis and two with Long Beach State, the two schools who finished just below UCSB in the Big West standings. UCSB split the two-game series with both schools last year.

This stretch will almost guarantee UCSB’s position as an elite club or expose the team as a one-season wonder.

The Gauchos will have to be especially careful not to let their emotions get the best of them in the games against Cal Poly, as the Mustangs’ defense was frustrating to play against last year and their offense was efficient.

Cal Poly’s Torrey Van Winden led the Big West in hitting percentage at .365 while teammate Meredith Phillips was ranked fourth with a .328. The Big West’s leader in blocks per set was also led by Mustang Madilyn Mercer who posted a 1.12. Not a single Gaucho was in the top five of either category.

Cal Poly’s stingy defense and crazy efficient offense catapulted them to a 15-1 conference record and a 25-3 overall.

Individual efforts were the premier highlights for the Gauchos in 2018-19, and they will be looking to put it all together into team success this season. The Blue-Green matchup will showcase some of the league’s best talents as well the Big West’s fiercest rivalry. Each game will be a must-watch.

The Gauchos begin the season on Friday, Aug. 23 with a home scrimmage against CSU Bakersfield. Regular season play begins on Friday, Aug. 30 when UCSB travels to Boulder to take on Long Island University in the Colorado Tournament.