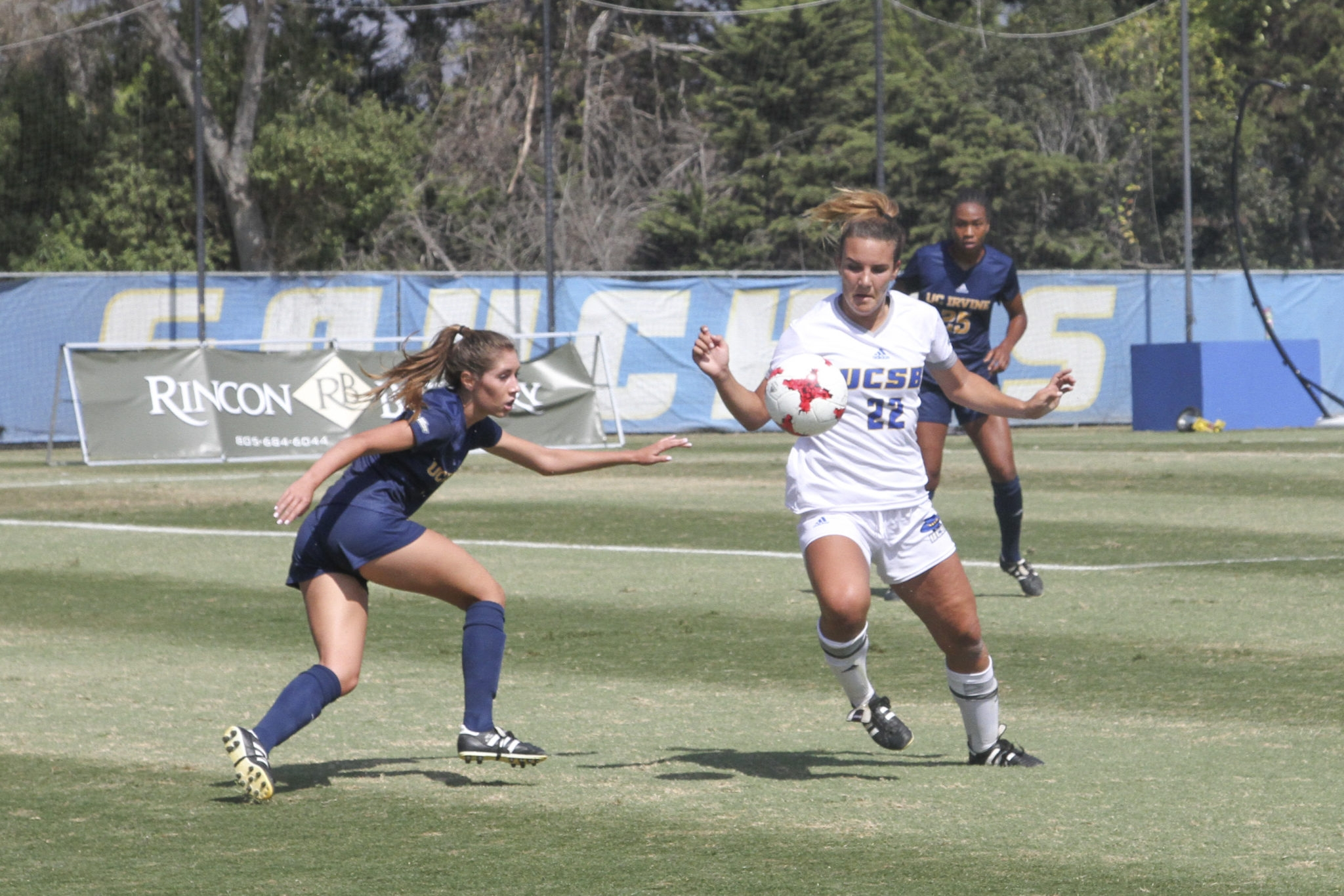 The time has finally come for the UCSB women’s soccer team to begin their quest for a Big West Title. After a successful season last year in which the Gauchos finished with an overall record of 13-7-1, Head Coach Paul Stumpf will look to increase his team’s win total with an extremely well-rounded squad.

UCSB got off to a quick start last year as they began the season on a five-game win streak. Of those five matchups, the ‘Chos were able to keep a clean sheet in three of them. This was a major trend throughout last season as the Gauchos did not give up more than three goals in any game.

Much of this success can be attributed to senior goalkeeper Hanna DeWeese, who came off the bench against Cal early in the season to help lead Santa Barbara to the win. Gaucho fans can expect DeWeese to be a force in front of the goal who will make her opponents earn their goals. After finishing last year with 60 saves and a save percentage of 80%, there is a lot of excitement around her potential for this upcoming season.

On the offensive side of the ball, UCSB will be led by senior forward Shaelan Murison, who was recently named to the Big West preseason All-Conference Team. Murison was fantastic last year as she finished with 10 goals and four assists. In order for Santa Barbara to improve offensively, it will be crucial for Murison to not only provide veteran leadership but also create opportunities for her teammates as well.

Although Murison will be key to the offensive attack, she will surely be double-teamed which means that her teammates must step up as well. Senior forward Katherine Sheehy seems to be a player that could potentially have a breakout year and help ease the pressure off of Murison. Sheehy is a playmaker and will look to push the ball with pace on the counter attack to catch opponents in a poor position defensively.

For UCSB to compete for the Big West Title, the squad will need to have more of a balanced attack on the offensive side of the field. Last season, Murison had a total of a 100 shots with her next closest teammate coming in with only 19 shots.

For Santa Barbara to have a chance to compete against the top teams in the country, other players must step up as opposing teams will place all their attention on Murison. That being said, there is strong optimism within the program that players like Sheehy will provide production offensively to make the team even more dynamic.

With respect to this year’s schedule, there is one matchup in particular that Gaucho fans should be excited about, which is a home game against the California Golden Bears on Aug. 30. In last year’s contest, UCSB won in a thriller by a score of 3-2 behind strong play from DeWeese. Cal will surely be out for revenge in this game, making it a very intriguing matchup.

Santa Barbara has already started this season strong in terms of exhibition games as they beat Westmont by a score of 2-0. Murison was able to break through in the 26th minute and junior midfielder Angelica Ortega added on with a goal in the 40th minute. With this game in control fairly early, UCSB was able to play more of their younger players to get them real game experience, which could prove to be important later down the road.

The Gauchos will look to keep up their winning ways against Minnesota this upcoming Thursday at home in Harder Stadium at 7 p.m.