The Daily Nexus
Sports
UCSB Opens Up Season Against Westmont in Bryant and Sons Cup
August 17, 2019 at 3:07 pm by Richard Benites 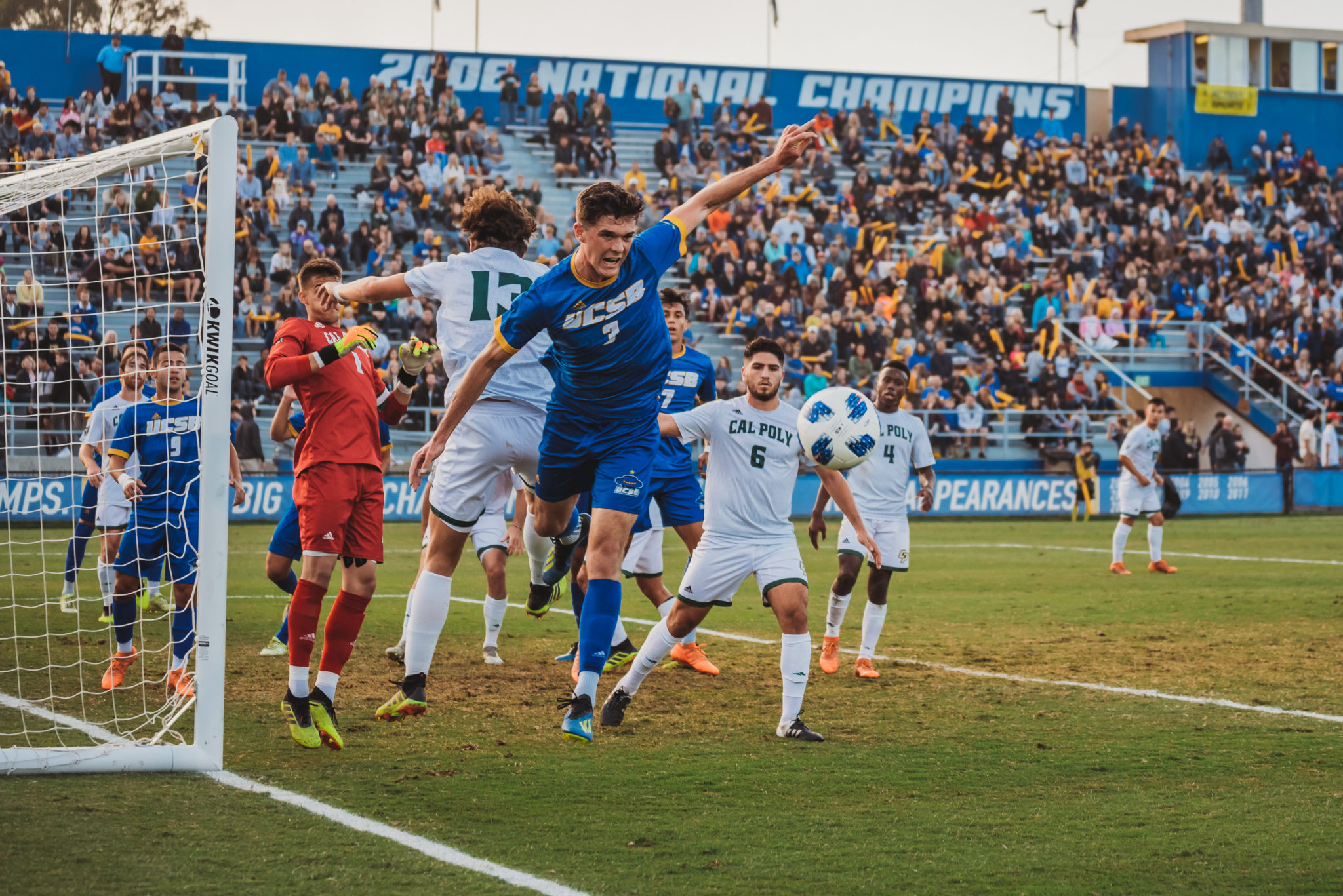 Summer soccer is here as the Gauchos seek to get things started on the right foot with their annual home matchup against the Westmont Warriors. This will be one of UCSB’s two exhibition games before the start of non-conference play on Aug. 30.

The Gauchos are building off of last season where they finished with a 10-6-2 record. They managed to close out their previous campaign with a nice five-game undefeated streak; however, their postseason aspirations were cut short due to a penalty shootout which led to Cal State Fullerton advancing ahead of them.

After a successful spring season, ending in a four-game winning streak, the Gauchos will look to keep the momentum rolling into fall.

Westmont also finished last year with an overall record of 10-6-2. Still, their playoff hopes ended in a 2-1 loss to the Vanguard Lions in their conference’s semifinals.

This will be the Warrior’s third game of the preseason, coming off a pair of scrimmages against their very own alumni and the Trinity Western Spartans.

Starting off the season against Westmont has become a tradition of sorts for UCSB — this is now the 57th edition of the game sponsored by Bryant & Sons. Their last meeting went heavily in favor of the home side as the Gauchos routed the Warriors by a score of 7-0.

UCSB does have the historical advantage when it comes to this matchup however. As of their last meet, the Gauchos now lead the Warriors by a record of 28-24-4.

Junior forward Rodney Michael will definitely be a player to keep your eye on for the Gauchos. In the 18 games he played last season, Michael contributed a team-leading total of seven goals and also threw in three assists, earning himself a spot on the 2018 All-Big West First Team and 2018 All-Far West Region First Team. Michael is primed to fill up the scoresheets once more this season as the former 2017 Big West Freshman of the Year looks to play a vital first-team role for Head Coach Tim Vom Steeg.

In the middle of the pitch, senior midfielder Thibault Candia seems to be the man pulling all the strings. The French playmaker tallied a team-leading seven assists last year, along with a goal, in the 18 games he featured in.

At the backline is senior center back Faouzi Taieb, who made his presence known at both ends of the field considering he finished last season as the team’s second-highest goalscorer from a defensive position. He was also one of only three players who started all 18 games consecutively.

Taieb’s potential impact for the Gauchos this season is just another exciting storyline we’ll have to wait to see unfold as the new season progresses.

The kick off time is slated for 7:30 p.m. on Saturday Aug. 17, with the preseason promo including schedule posters and post-game autographs for fans.