The Daily Nexus
Sports
Gauchos Set to Kick Off Season With Exhibition Match in LA
August 16, 2019 at 1:56 pm by Jake Ciccone 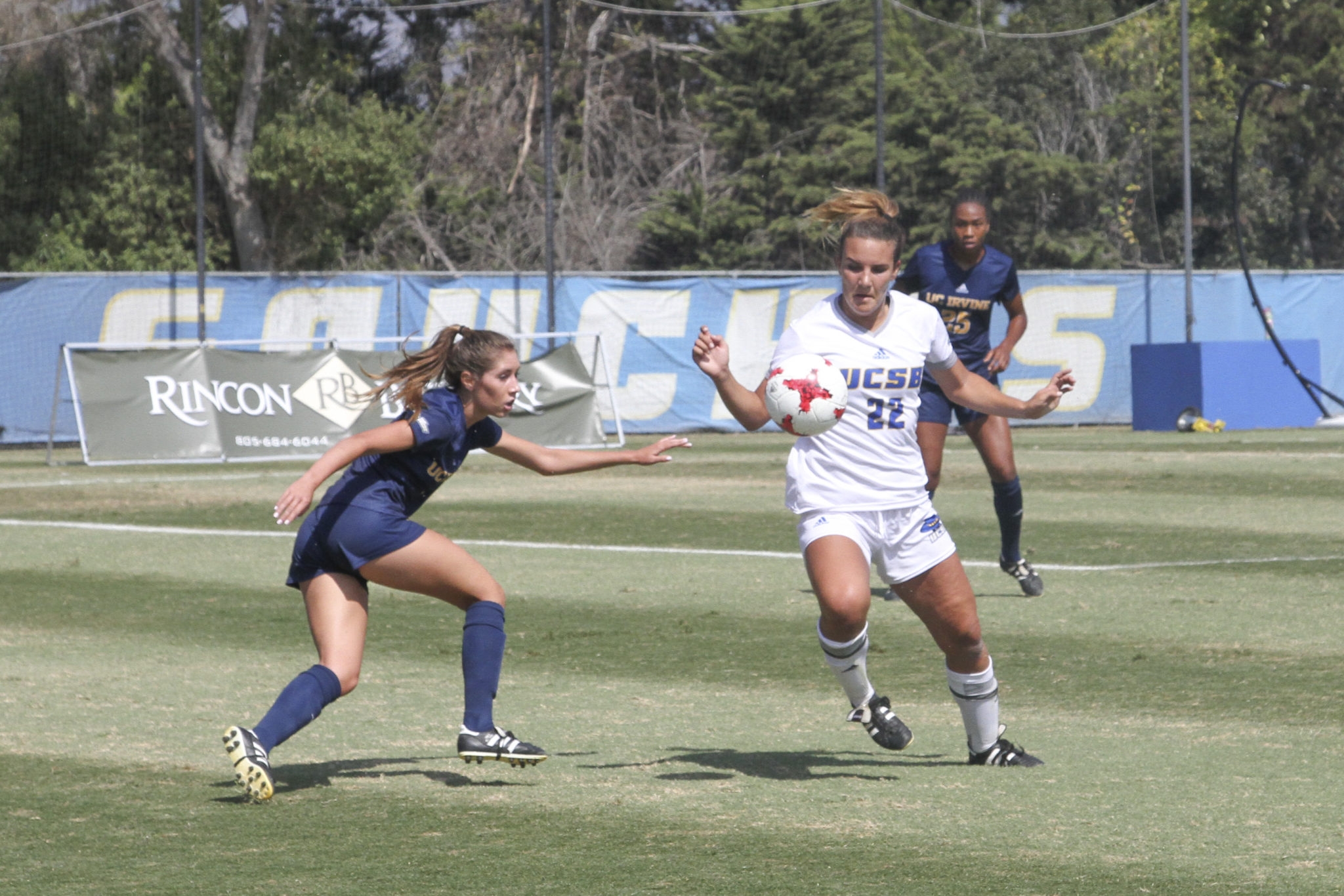 Folks, the wait is officially over.

We will finally get our first taste of Gaucho soccer this Friday as UCSB hits the road to play Cal State Los Angeles in an exhibition match. This game will not count toward any of the teams’ regular season records; however, it serves as a great tune-up opportunity for both the Gauchos and the Golden Eagles.

This game probably means very little when looking at the season as a whole and the long-term goals that the Gauchos have set for themselves; however, Head Coach Paul Stumpf and his staff are surely using this game as a chance to gauge the squad’s readiness for the regular season, and also to correct any flaws that show themselves throughout the contest.

Friday’s match will be the first time the UCSB women’s soccer team has seen the field since their season-ending loss to Long Beach State in last year’s conference championship game. That loss solidified their season record at a respectable 13-7-1 overall and 5-2-1 in Big West play. The Gauchos graduated 13 seniors from last year including three All-Conference contributors whose roles still need to be filled. But even with the departure of several key contributors, the Gauchos were still picked to finish second in the conference according to the Big West coaches poll that was released earlier this week. This exhibition provides a perfect opportunity to see how the players are fitting into their new roles and what the current rotations look like as we move closer to the start of the regular season.

Probably the biggest storyline to keep an eye on as we head into another year of Gaucho soccer is the return of Shaelan Murison.

The senior forward is coming off of a First Team All-Conference selection last season, as well as a preseason All-Conference selection heading into this year. Murison started all 21 games for the Blue and Gold a season ago, leading the team in goals with 10, points with 24, as well as game-winning goals, of which she had five. As the best returning player on a talented team, Murison will be responsible for a lot of the offensive production this year, but she will also have to take on a larger leadership role as one of the six seniors on this Gaucho squad. In this season-opener against Cal State LA, she will likely take her first steps toward getting used to her increased role.

Another player to look out for in this exhibition is senior midfielder Lynsee Voss, whose three goals a season ago puts her behind Murison for the second most goals scored among returning players. Voss appeared in 16 games and started in 14, and both of those numbers should increase this season along with her role within the team.

Junior midfielder Christine Maurer, who, despite only scoring two goals last season, finished second on the team in shots and shots on goal, with 41 and 19 respectively, could be another key cog for UCSB.

With just a few adjustments and some off-season improvement we might see Maurer take a big leap this year in terms of offensive efficiency.

We will also get our first look at some of the 14 freshmen that will be donning the Gaucho uniform for the first time this Friday. The competition between newcomers for playing time is sure to be fierce and this match could be a determining factor in who wins a starting spot for Santa Barbara’s season opener.

While this matchup might have no actual bearing on the upcoming season, there’s bound to be many interesting smaller takeaways as we get to see the team in action for the first time.

The Gauchos will take on Cal State LA at Jesse Owens Stadium on Friday at 6 p.m..