The Daily Nexus
News
UCPD Cases To Be Stalled in Court For Six Months As UCSB Completes Internal Investigations
August 12, 2019 at 11:37 pm by Sanya Kamidi

Four lawsuits filed against the University of California Police Department at UC Santa Barbara by former or current members of the department will be stalled for approximately six months while the UC Regents complete internal investigations of each complaint and explore administrative remedies, according to court documents filed with the Santa Barbara County Court between May and July. 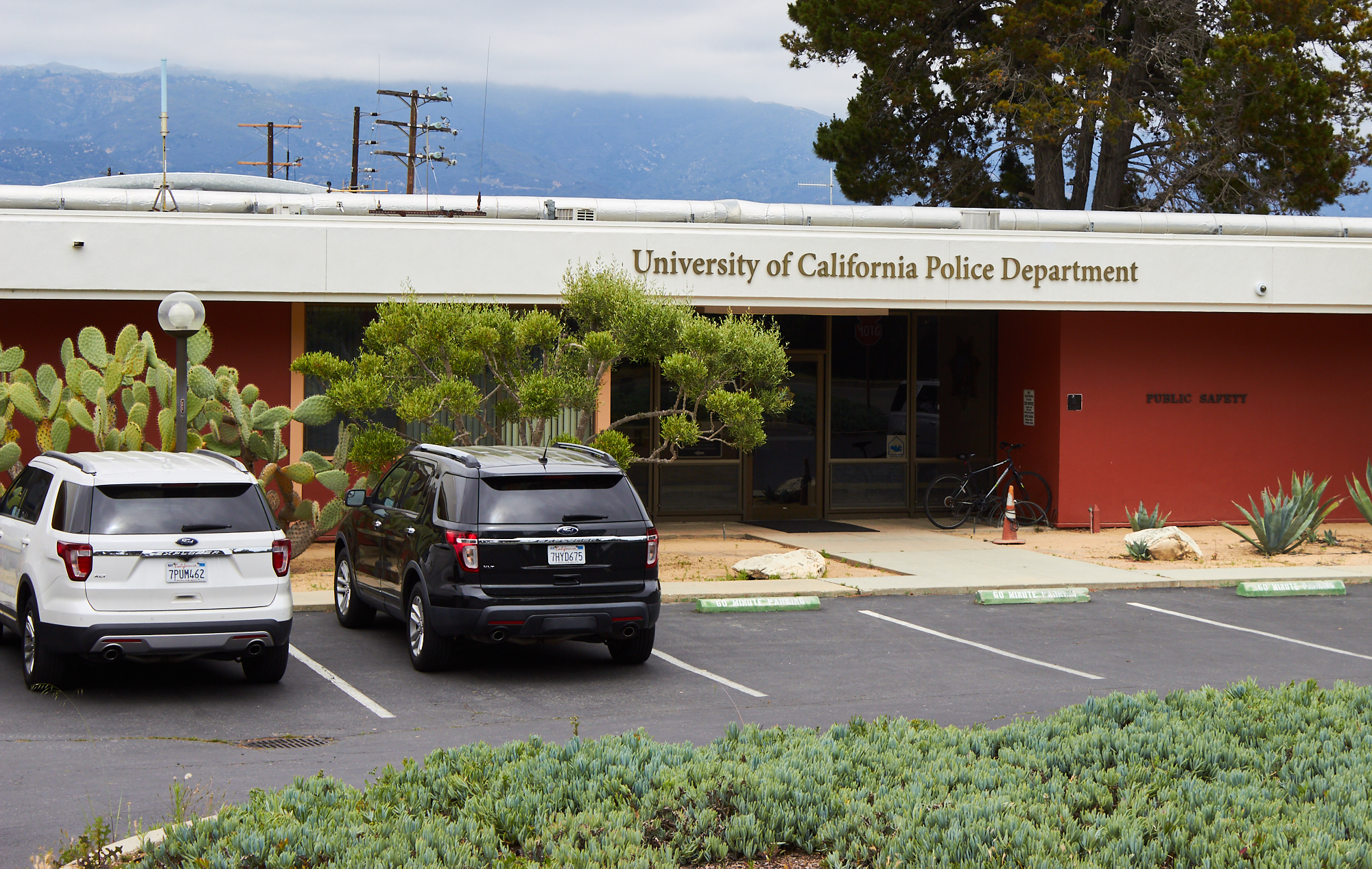 Since news of the lawsuits was released in May, the lawsuits have cast doubt on the department’s ability to police the UCSB and Isla Vista communities. Cameron Hsieh / Daily Nexus

The lawsuits, all filed between November 2018 and May 2019, allege wide misconduct within the police department, retaliation for reporting said misconduct and violations of the California Whistleblower Protection Act, which offers protections to employees who report suspected violations of laws or regulations at their workplaces.

The plaintiffs in the lawsuits were all scheduled to have court appearances between June and September, but the dates were canceled in May and July, after each plaintiff and the Regents of the University of California jointly filed the paperwork to delay the legal proceedings for each individual case.

The plaintiffs in the cases are Michael and Tiffany Little, Mark Signa, Ryan Smith, who is referred to in court documents as John Doe, and Jonathan Lee Reyes.

Each filing to delay the cases reads almost exactly the same, noting that each plaintiff had “not yet exhausted the internal whistleblower administrative grievance process with The Regents, and is required to do so in order to proceed with [their] whistleblower claims.”

The Regents estimated that the internal investigations would take six months, according to court documents. The documents also noted that “the parties may wish to engage in early mediation.”

Once the Regents and the plaintiffs have concluded the internal administrative process, the court will set a case management conference for each suit within 30 days of being notified by the Regents or plaintiffs.

In a letter to UCPD’s Interim Chief James Brock, the district expressed support for a “comprehensive independent investigation.”

“In order to maintain the integrity of the UCSB Police Department… and the public’s trust in law enforcement throughout our community, it is imperative to uncover the facts,” the letter added.

“While the District recognizes the desire to move past these allegations, the UCSB Police Department must engage in meaningful dialogue with the community on the topics of racism, misogyny, and police misconduct in order to build trust,” the letter continued.

In addition to the alleged misconduct and retaliation detailed in the lawsuits, some of the lawsuits also indicated an alleged pattern of racism and misogyny within the department, as well as disrespect toward victims of sexual assault.

In one case, Doe v. UCPD, Smith alleges that another officer, Ryan Hashimoto, “made multiple cartoon videos” of officers, crime victims, citizens, university officials and employees that were derogatory and at times, “discriminatory toward several protected classes of persons.”

One of those videos allegedly involved a depiction of Chancellor Henry T. Yang, with Hashimoto using a “Chinese accent, making derogatory and inappropriate statements.”

University spokesperson Andrea Estrada said in an email that “in addition to comprehensively reviewing the allegations contained in the lawsuit and UCPD responses, the University has engaged an outside agency to conduct a thorough, independent investigation.”

Brock started at UCSB on April 29 following the departure of former Chief Dustin Olson, who is named in the lawsuits. It is unclear exactly when or why Olson left the position.

“[Brock] is committed to addressing the existing concerns and to ensuring that the Department is working closely with our campus community and providing a safe and welcoming environment where our students, faculty and staff can work, learn and thrive,” Estrada added.

What’s gone on inside the UCSB PD doesn’t surprise me. Campus policing is rife in politics and can be very contentious behind the scenes. I’ve personally experienced internal police politics at my CSU campus. Our PD was heavily factionalized. One faction that I was friends with supplied me with derogatory information (for publication) about campus personalities for years.

Just get rid of the pigs altogether #AbolishPigs

Discrimination and retaliation for reporting these issues are not only within the UCSB PD department they are also happening in other departments with in UCSB just look into the case with the 5 Hispanic men that was filed not too long ago before this lawsuit came public. UCS thinks that just because they have money and pay their lawyers top money that they can get away with these types of situations. shame on you UCSB.