About two months ago, I came across the just-released trailer for a little Netflix film called “Extremely Wicked, Shockingly Evil and Vile.” With a title like that, I didn’t need much persuading to drop everything and watch the whole thing. It was a first glimpse of the long-awaited Ted Bundy biopic, with former teen heartthrob Zac Efron playing the mass murderer. What I saw was an older bad-boy version of Troy Bolton with mischief in his eyes and a devilish, swoon-worthy smile plastered on his face.

So I wrote an article called “Stop Romanticizing Serial Killers.” 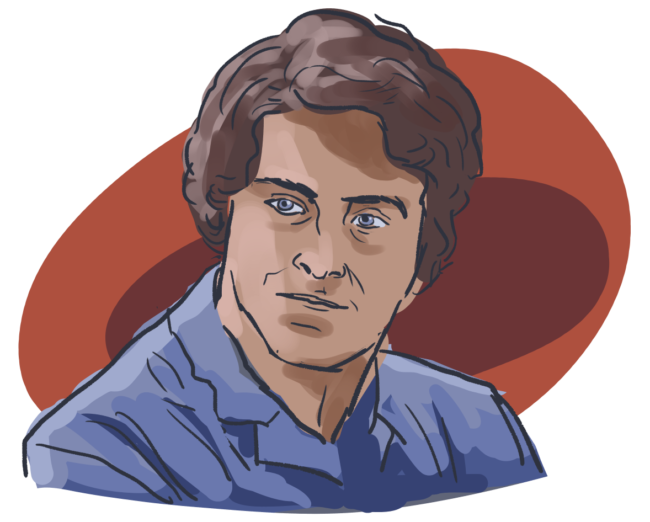 My opinion article on the dangers of portraying violent men as relatable and even lovable characters in the media conveyed the immediate distaste I’d felt for the upcoming Bundy movie. I still stand by every word I wrote. But since then, Netflix released “Extremely Wicked,” and as promised at the end of that first article, my curiosity — and my sister’s nagging — got the best of me: I succumbed to the hype and watched the whole movie.

I have some updates on my feelings about it.

First of all, it effectively scared the shit out of me, which from my perspective is a very good thing. Presenting one of the most violent predators women have ever seen as a romanticized anti-hero was the biggest point of contention before the film’s Netflix release.

In case it wasn’t clear the first time around, I shared that concern and can’t exactly say I went into this whole endeavor unbiased. I felt strongly about how scary Efron’s performance needed to be: terrifying enough to make me (temporarily) fall out of love with him — a seemingly monumental task. By the end, that’s exactly what the film achieved. “Extremely Wicked” does not play down the creep factor, even accounting for my embarrassingly low tolerance for horror and is chilling to the bone.

Don’t get me wrong: this is not a film review. This is a reiteration of everything I’ve stated before about how problematic media trends that glorify characters who should be condemned, but now with the caveat that “Extremely Wicked” actually underlines, rather than opposes that point.

At one moment during the cinematic version of Ted Bundy’s televised string of trials, numerous young women selected for the jury report their feelings about the accused murderer. They blush and call him “dreamy,” saying he doesn’t seem like the kind of man who would hurt anyone. Each one of the women seems to have fallen under his spell. It quite literally made me want to vomit.

“Extremely Wicked” does not play down the creep factor and is chilling to the bone.

After thinking it through I realized how good it was for that scene to elicit such a reaction, because it was authentic. Obviously, in 2019, the world knows that Ted Bundy committed heinous acts of violence and murder that could make anyone shudder. His name is synonymous with serial killings now, but in 1975? In 1975, Theodore Robert Bundy was the name of a charming young man who looked and sounded good on television and had been accused of some shocking crimes. Girls really did fall for him back then, and he even cultivated his own set of courtroom “groupies.”

That thought alone is probably scarier than any on-screen villain could ever be.

One of the most sickening moments in the movie is simply a truthful depiction of events, and this is a film about a murderer who brutalized his 30+ victims so grotesquely that I don’t feel comfortable describing it here.

The whole reason I found “Extremely Wicked” terrifying enough to redeem itself from any doubts I had before was because it could happen to anyone. I brought up the importance of learning to spot dangerous intentions in my first article, because it seemed to me that making charming, charismatic, attractive young men play cold-blooded killers on TV could be desensitizing potential victims in real life. It doesn’t matter how pretty his smile is. If you get a bad feeling from someone, run. Worst case scenario, it was just a bad first impression and you miss out on a second date. Best case scenario, you’ve escaped a traumatic or potentially lethal situation.

I think “better safe than sorry” is a fitting cliché here.

So yes, I ended up watching a movie that I rather strongly tore down before. And yes, I had some unexpected feelings about it. But the most important one did not change: romanticizing violent characters in the media is a dangerous game. Zac Efron just happened to play it better than expected.

Jordan Curiel watched the entirety of this movie from under a giant Costco teddy bear because she’s a baby.