The Daily Nexus
Film & TV
Tarantino Sends His Love to Hollywood in His Biggest Box Office Opening Yet
July 28, 2019 at 10:42 pm by Kristina Valencia 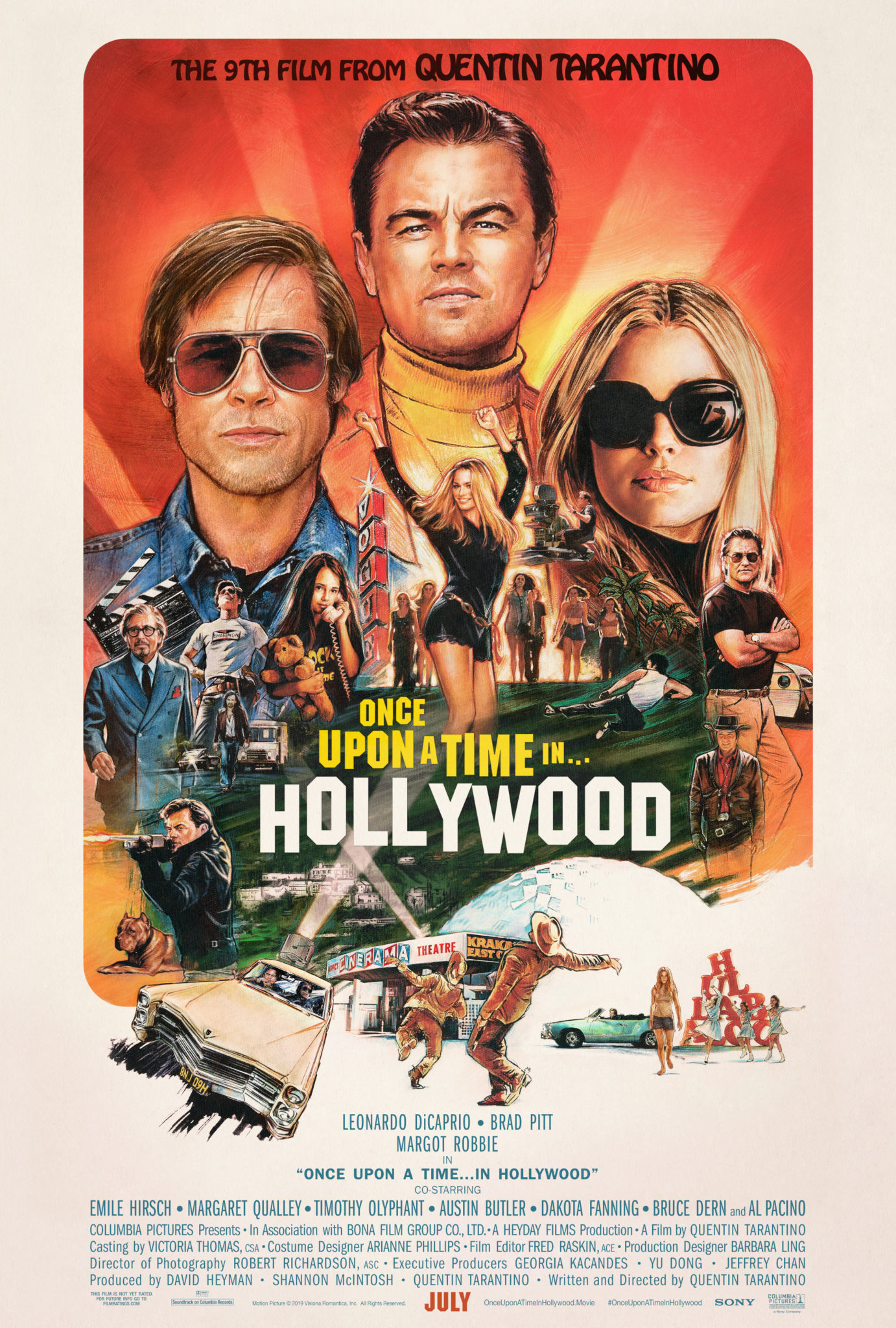 It’s the summer of 1969: the riots at the Stonewall Inn have just begun, Neil Armstrong has just taken his first steps on the moon, Charles Manson has just led his hippie cult into extreme violence and the popular culture of the ‘60s is on its last legs. However, with his ninth film, “Once Upon a Time… in Hollywood,” (in)famous director Quentin Tarantino presents his audience with a beautifully told narrative of an era that deserved a happier ending. A film that mixes fiction with reality, “Once Upon a Time… in Hollywood” is a unique and original work that rightfully stands apart from the rest of the reboots and remakes currently flooding movie theaters this year.

This alternative period piece follows the declining acting career of the once-famous Rick Dalton (Leonardo DiCaprio) who’s accompanied by his ever-present and loyal stuntman, best friend and unofficial chauffeur, Cliff Booth (Brad Pitt). Yet still, Dalton’s hope of remaining relevant in Hollywood is restored when he realizes his next-door neighbors are none other than the famous couple: director Roman Polanski (Rafał Zawierucha) and actress/model Sharon Tate (Margot Robbie). Along the way, we watch Dalton search for meaning and purpose as an aging actor in Hollywood, and audience members are shown different perspectives of iconic moments in history, each scene delightfully bathed in the golden sunshine of an idealized Los Angeles.

Along with the film’s focus on Dalton, Booth and Tate, Tarantino also ties in the chilling story of Charles Manson and his cult of young, long-haired, barefoot hippies known as the Manson Family. Unlike several other filmmakers who have already told this story, Tarantino chose instead to concentrate on the members of the Manson Family more than the ringleader himself. In doing this, Tarantino successfully manages to include this grim moment in history without distracting too much from the narrative at hand. Perhaps if Charles Manson were more present in “Once Upon a Time… in Hollywood,” it would have felt as if the film were relying solely on the awe factor of his crimes rather than focusing on the glorious showcase of ‘60s filmmaking that Tarantino has so beautifully captured in this period piece. 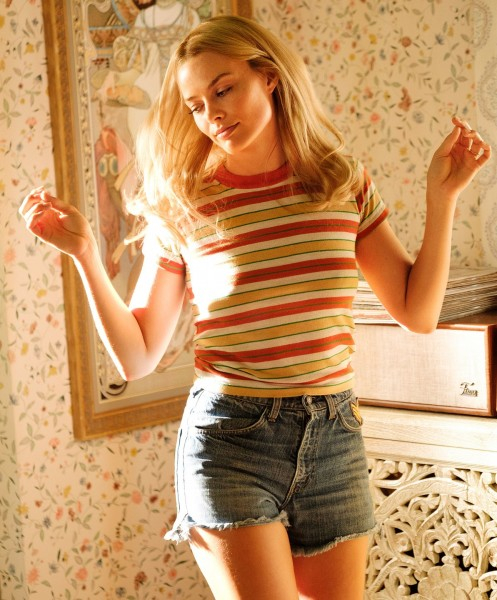 With this retelling of cinematic history, Tarantino provides a deeply personal perspective of the lives of movie stars we so often place highly on a pedestal. While this is obvious with the main character of Rick Dalton, I found it even more impactful when applied to the role of Sharon Tate. Known for her acting and modeling career, but even more so for her tragic death, “Once Upon a Time… in Hollywood” offers insight into who Tate was as a person, more than just her profile as a murder victim. It was quite moving to see this kind of representation of Tate, especially towards the end of the film (don’t worry, I won’t give away any spoilers) when all hell breaks loose. Tarantino made an excellent choice in casting Margot Robbie for this role, as she so happily dances, dresses and walks with a sweet style that feels immensely authentic to the real Sharon Tate. However, I wish there had been more screen time for this character as she was an extremely prominent figure during this point in Hollywood history. Overall, Robbie played Tate splendidly, giving life back to the once young, beautiful and ambitious actress that was so tragically murdered in her home at eight and a half months pregnant.

Additionally, the soundtrack to “Once Upon a Time… in Hollywood” is just as beautiful as the film itself. Featuring artists like Simon & Garfunkel, Deep Purple and The Box Tops, as well as less famous covers of big songs like “California Dreamin’” by the Mamas and the Papas, the film is full of fun, audio-driven nostalgia that makes you want to get up and dance with everyone on screen. Some of the most satisfying uses of these songs, however, are employed when Cliff Booth is driving around Los Angeles; somehow Tarantino has managed to completely encapsulate the freedom one feels when driving alone around a beautiful city, listening loudly to their favorite songs. Combined with the outstanding camerawork in this movie, the perfectly-suited soundtrack choices create an enticing and memorable experience that leaves you wanting to go back to the theater for seconds. 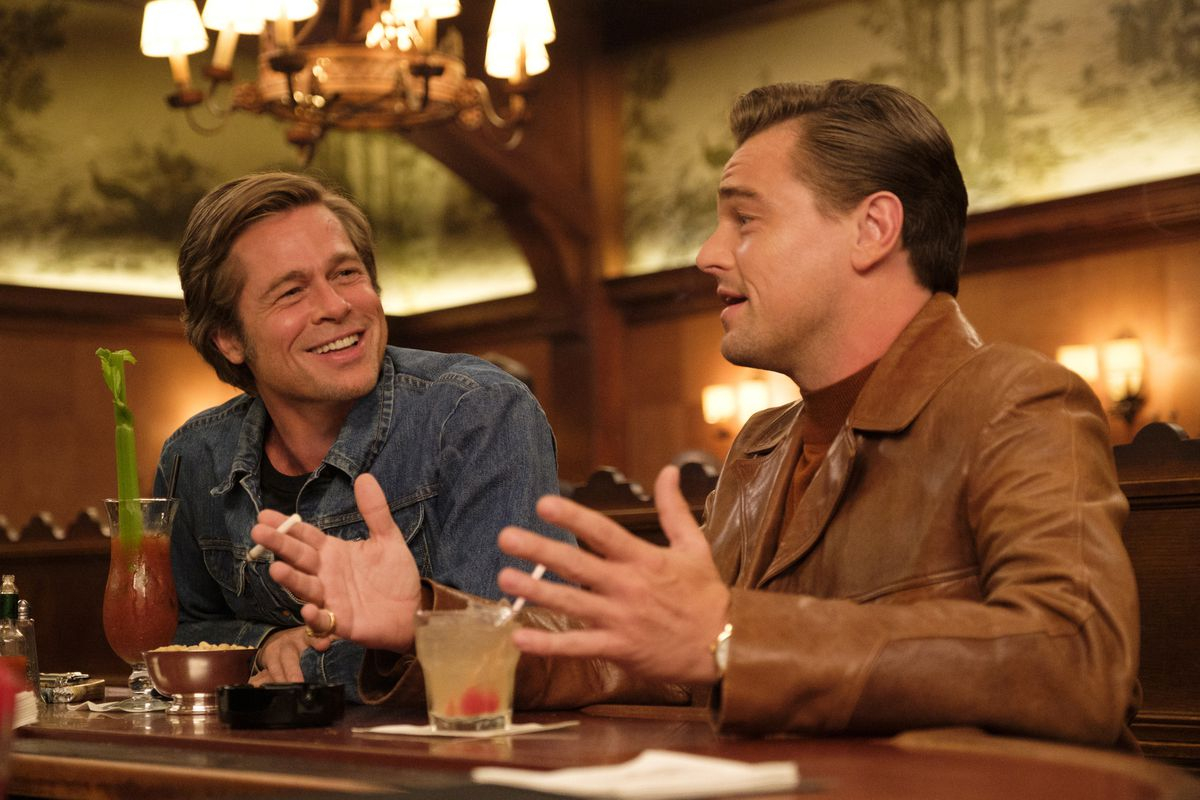 Compared to the rest of Tarantino’s filmography, “Once Upon a Time… in Hollywood” shows a level of maturity and grace not so present in his other flicks that often feature excessive amounts of violence and crude language. That’s not to say that these common threads are bad or that they don’t exist in “Once Upon a Time… in Hollywood,” because they definitely do, but the fashion in which they are filmed and where they are located in the plot signifies a great shift in direction of the typical Tarantino film. The level of suspense created in the lead-up to the final scene of the movie seems to exponentially intensify with each passing, gruesome second. It’s with this final showdown that we in the audience are reminded just how rewarding and fascinating it is to see that Tarantino has once again transformed violence into its own cinematic art form, invoking every emotion on the spectrum from disgust to relief. Of course, it wouldn’t be a true Tarantino film without bloodshed; however, its depiction in this piece feels unexpectedly fresh and provides just enough edge to simultaneously balance out the mellow vibes from the rest of the movie and yet still cause substantial shock to the audience.

The last thing I’ll say about “Once Upon a Time… in Hollywood” is that the amount of foot shots definitely solidified the whole rumor that Quentin Tarantino has a foot fetish. Despite my preference for not being forced to constantly look at dirty, bare feet, I can’t wait for the next and final endeavor Tarantino attempts in his dark, magical world of filmmaking.