Spoilers ahead (even though it’s been almost 15 years since this show came out). 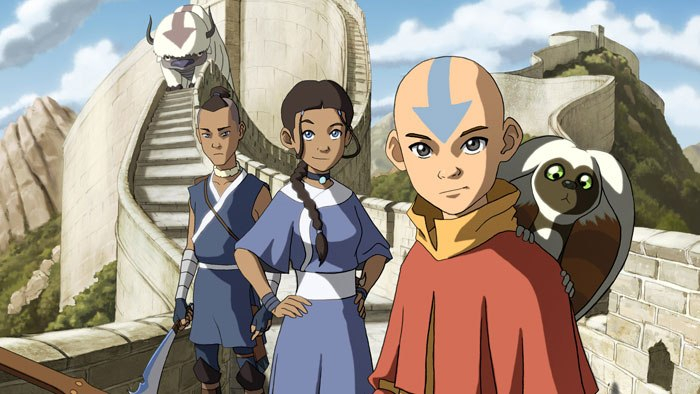 We all have a tendency, whether we admit it or not, to look back on the past with rose-colored glasses. What I mean by that is that we tend to define moments in our lives not by some sort of objective measure of exactly what happened, but by the way we felt while we were doing it. Instead of remembering the exact details of shows like “Ben 10,” “Johnny Test” or “iCarly,” I tend to remember the way they made me feel: safe and happy, with my bowl of Cocoa Puffs.

Looking back on those shows today, I still feel nostalgic about them, but it’s hard for my adult(ish) eyes to appreciate them as deeply as I did then. A lot of these shows are racked with cheesy villains, bleh dialogue and boring, predictable plots — so it’s hard for me to muster up the same suspension of belief I once so easily could and hop back into a world like that. The nostalgia I feel now just isn’t enough to fill the gap left by this newfound lack of substance, at least for most shows. But there happens to be a very notable exception to this: “Avatar: The Last Airbender.”

Recently, I finished rewatching the whole series after many years, and I found myself experiencing many of the same emotions I felt when I first watched it almost 13 years ago: a deep, breathless fascination with the world of the Four Nations and an authentic emotional connection with each of the thoughtful and multifaceted characters. And now, as a semi-adult, I realize just how brilliantly this so-called “kids show” told a compelling and deeply moving story about war, genocide, conquest, honor and most of all, redemption without taking itself too seriously or relying on blood and gore. I truly think it’s one of the best animated shows ever made and a shining example of what great storytelling looks like.

The story is set in a world in which the people use martial arts to “bend” the four elements: water, earth, fire and air. (In story writing terms, this is a fairly “hard” magic system, in which the rules and costs of using magic are pretty tightly and explicitly defined. Compare this to a “soft” magic system, like the Lord of the Rings universe, in which magic is a mysterious force used by equally mysterious characters with few explicit rules. More on this here.)

Each group of benders formed a nation around the art of bending their element. Each nation, in a pretty slick story writing move, is designed with characteristics, a value system and culture that centers around the traits of their element.

The Avatar, in this world, serves as a guiding force. He/she is the only person with the ability to master all four elements and is tasked with using this immense power to maintain peace in the world. Yet the Avatar mysteriously disappears, and in his absence, an increasingly militant Fire Nation decides to “share their prosperity” with the rest of the world and sets its sights on total world domination. Without seeing any blood or gore, we are shown the results of the ensuing genocide: the entirety of the Air Nomads have been wiped out, the Water Tribe has been crippled and the Earth Kingdom is under heavy siege.

It’s been a hundred years since the war began and the Fire Nation is close to victory, until two siblings, Katara and Sokka, discover Aang, who is revealed to be the Avatar. After seeing what the world has become in the Avatar’s absence and what happened to his friends and teachers, Aang vows to learn the other three elements, take on the Fire Nation and restore balance to the world. Katara and Sokka join Aang on his quest and are pursued all around the world by Prince Zuko: a relentless, arrogant and banished prince from the Fire Nation who’s been told that the only way he’s going to be welcomed home is if he captures the Avatar.

In building these characters, the show gives a deeply personal account to the consequences of war: the shattering of lives, the depth of the human capacity for evil and the ability of a humble and courageous individual to find hope. I could spend hours talking about all the brilliant characters in this series, but I want to focus on two in particular that created one of the most satisfying redemption stories I’ve ever seen: Prince Zuko and his uncle Iroh.

In the beginning of the show, Prince Zuko is exactly what he sounds like: a complete asshole. He’s callous, rude and reckless, often willing to cross any lines necessary (including endangering the lives of his ship’s soldiers) to have his royalty restored. He has a completely backwards sense of right and wrong, and on first glance, he seems… boring. Just a typical cynical bad guy with a bone to pick. But the show provides us with flashbacks and tells us Zuko’s heart-wrenching story. 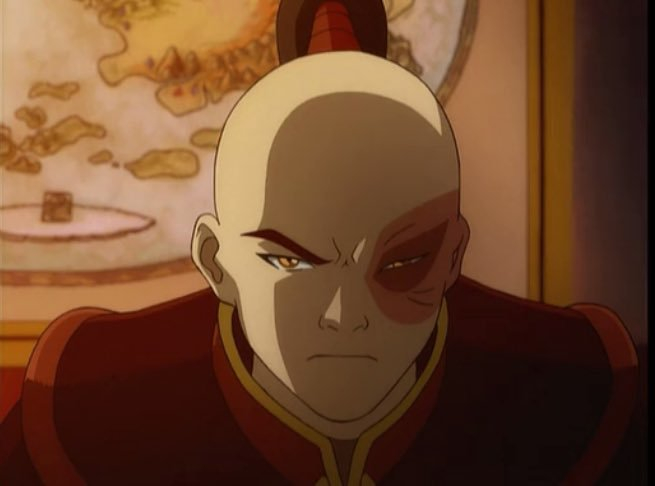 We are taken back to a war strategy meeting in which Zuko, as the Crown Prince, sits next to his father Fire Lord Ozai. One of the generals suggests a strategy that purposely sacrifices Fire Nation soldiers to gain an edge in a battle. Without waiting for his turn to speak, Zuko angrily protests, asking how they can consider themselves leaders of the Fire Nation when they are willing to throw away civilian lives for next to nothing.

By speaking out, Zuko is accused of being disrespectful not only to the general, but to the person who called the meeting: his own father, Fire Lord Ozai. To teach Zuko “respect,” Ozai challenges him to an Agni Kai, a ritualistic duel between two firebenders to resolve a fight. At the arena, Zuko realizes who he has to battle and breaks down in tears, refusing to fight his own father. His father sees this as an act of weakness and burns Zuko, permanently scarring his face, as well as banishing him from the Fire Nation.

It is here that we realize that Zuko’s arrogance comes from a deep sense of shame within him: his whole life, he was told by the world that he wasn’t enough. He is disrespectful because no one ever showed him respect or treated him like a human being. He disregards his soldiers’ lives because he was made an outcast for trying to care for them. That’s why his sense of right and wrong is so backwards: he lost his family, honor, nation and life for trying to be good.

I’ve always found that the most compelling villains are the ones who you understand. You don’t need to agree with them or endorse their end goal, but if you experience their journey, you can’t help but empathize with them on some level, and both them and the story feel much more real.

Eventually, Zuko finds his way back to the Fire Nation as Crown Prince, back by his father’s side. He has everything he thought he wanted: a home, a family and a nation, but he feels distressed and unsatisfied. To get here, he betrayed his uncle Iroh, the only real father figure in his life, who had begged him to look inside himself and ask if this was what he really wanted. These feelings of guilt and unhappiness overwhelm Zuko. After learning of the terrible devastation his father plans to wreak on the world, Zuko realized that this identity of a fierce, proud and loyal Fire Nation prince was an identity that was handed to him and not his own. In pursuing his redemption, Zuko never stopped to consider if the future he was fighting for was a good one, or if he even really wanted it.

When Zuko went on his hunt for the Avatar, he journeyed across the Four Nations. He didn’t see a world grateful and awed by the Fire Nation; he saw a world terrified by it. He saw the consequences of his terrible actions and the harm they had caused. Zuko decides that no matter his past, it’s his duty to do whatever he can to end the war. In a jaw-dropping turn, he asks Aang for forgiveness and asks to teach him firebending and help him defeat his father. He finds his uncle, and in one of the most emotional scenes in the show, begs for his forgiveness. Iroh, teary eyed, hugs him, saying, “I was never angry with you. I was just sad because I thought you had lost your way. But you found it again.”

One of the most beautiful messages in “Avatar: The Last Airbender” is this: making mistakes doesn’t mean you’re an unworthy or bad human being. It just means you’re a human being. Instead of continuing to lie to himself and the rest of the world about who he was, Zuko decided to own his mistakes and use the strengths he had to humbly guide the world in a better direction. He wasn’t a hero in spite of his mistakes; he was a hero because of his mistakes, and what he learned from them. In doing so, he became greater than any of us could have ever imagined.

From its beautiful animation style to its inspiring story, this show presents to us the brutal consequences of war and ideology, the capacity of humans to do great good as well as great evil and the importance of mistakes and humility. This could have been a much, much longer review, but suffice it to say that “Avatar: The Last Airbender” has a message many of us could really use right now. It asks us to make a genuine effort to understand each other’s stories and not hate others (and perhaps more crucially, ourselves) because of mistakes that are made. Yes, there are awful people in the world, but refusing to let contempt cloud our emotions can be the difference between a broken and a healing society. Overall, I love this show with all my heart, and I’m a better person because of the lessons it taught me.

Great read, hope to see a similar story on the legend of Korra

Just finished rewatching it myself. One of the greatest television shows ever, period.