The Daily Nexus
Science & Tech
Monitoring by NGOs Helps Increase Compliance with National Mandates
July 5, 2019 at 10:00 am by Jacqueline Wen

In democratic countries such as the United States, the public’s voice, when augmented by the media and nongovernmental organizations, can more effectively hold local governments accountable in monitoring their compliance with national mandates.

In other places such as authoritarian China, enforcing municipal compliance with centralized mandates is made more difficult by, among other things, heavy censorship and the fact that taking collective action to openly challenge governmental policies and actions is illegal.

To understand how non-state actors, including nongovernmental organizations (NGOs), can still act in a place like China, UC Santa Barbara’s Sarah Anderson and Mark Buntaine partnered with researchers from China’s Nanjing University for an ambitious national-level study.

Their results have been published in the American Journal of Political Science.

“If you’re the central government, and you need activities to take place at the municipal level, it is just really, really hard to observe whether that given city is taking that action. So they face a big information gap. They can ask for reports, but it’s pretty hard to know even the quality of that information. And so, that’s where we think these NGOs have this capacity to provide that information,” Anderson, an associate professor of environmental politics at UCSB’s Bren School of Environmental Science & Management, said.

In this case, since the central government’s goals align with those of the IPE, the government “welcomes social organizations to actively participate in the promotion of environmental information disclosure,” according to the paper.

The investigators saw it as a prime opportunity to perform an “interesting” study, “which was a huge undertaking,” Anderson said.

“What we did was think, ‘I wonder if that has any effect; I wonder if this is a way that an NGO that wants sort of the same thing as the government wants — a reduction of pollution and increase in [local government] transparency — can act in ways that help the central government to achieve that.’” 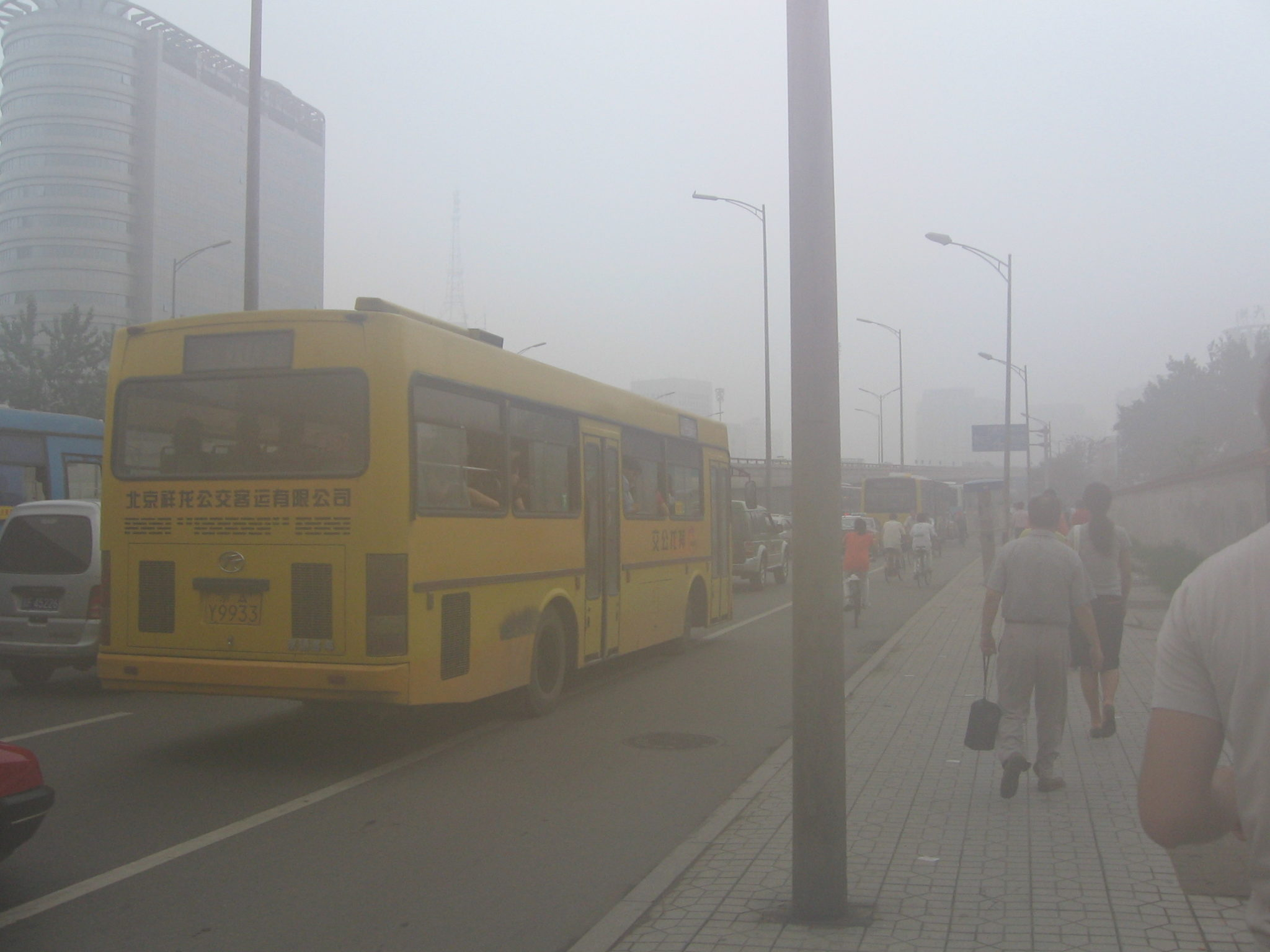 A thick layer of smog, a type of air pollution, in Beijing, China / Courtesy of Wikimedia Commons

The research team partnered with the IPE to monitor air pollution at local levels. The process included figuring out how much pollution was emitted as well as what actions the localities were taking to try to mitigate air pollution.

After selecting 50 cities, Anderson and colleagues told half of them that they would rate their compliance with the transparency mandates. Additionally, they would reveal that rating to the city, the public and the central government.

The other 25 municipalities were still rated but were not aware of being monitored and did not have their scores disclosed to them nor to the public.

Over the course of three years, the research team tracked the changes in government practices for the 50 municipalities.

All cities improved in compliance after receiving pressure from the central government.

However, the localities that were rated and knew their ratings would be publicly revealed doubled their score improvement compared to the localities whose ratings were not divulged.

“We think this is a really great way of being able to say there’s a causal relationship between rating and revealing and changing behavior on the part of cities, across these cities,” Anderson remarked.

One reason for this effect is top-down pressure, according to Anderson.

“The cities that have their ratings revealed also get additional pressure from our equivalent to a county-level government. There are other ways that that pressure can come to bear, especially in a place like China where there are a lot of incentives for officials and cities to meet compliance targets … They’re used to a system where when they’re told they have to do this, if they know that the upper-level government will know that they did it, there will be consequences.”

In checking China’s equivalent to Twitter, called Weibo, the investigators found no evidence of bottom-up pressure. They did not observe that public discourse from residents in the monitored cities that would have their ratings revealed was influencing the cities’ compliance.

“That might be a limitation of this approach for an NGO in a place like China,” Anderson said. “They’ve had to be very careful to make sure that they are not mobilizing the public because you can imagine that … [it] is not a particularly good strategy.”

One significant takeaway from the research is that NGOs can still play an integral role even in an authoritarian country like China.

“We wouldn’t be surprised maybe if we found this in the U.S., but I think it’s surprising in China,” Anderson noted. “It opens up our thinking about what roles these non-state actors can play in that kind of system in ways that we didn’t really understand before.”

Secondly, the study “shows the efficacy [of ranking schemes] in a causal way and on a really big scale, which is something we may not have known before.”

Anderson hopes to further explore and understand the role of transparency and how it can be utilized as a tool to help solve environmental and other problems.

“We’re hoping this opens up the research agenda into actually unpacking whether transparency [is] improving outcomes, like reducing pollution.”