Loren Nelson and his wife tossed around a few names when trying to settle on what they wanted to call their new coffee shop, located at 6560 Pardall Road. 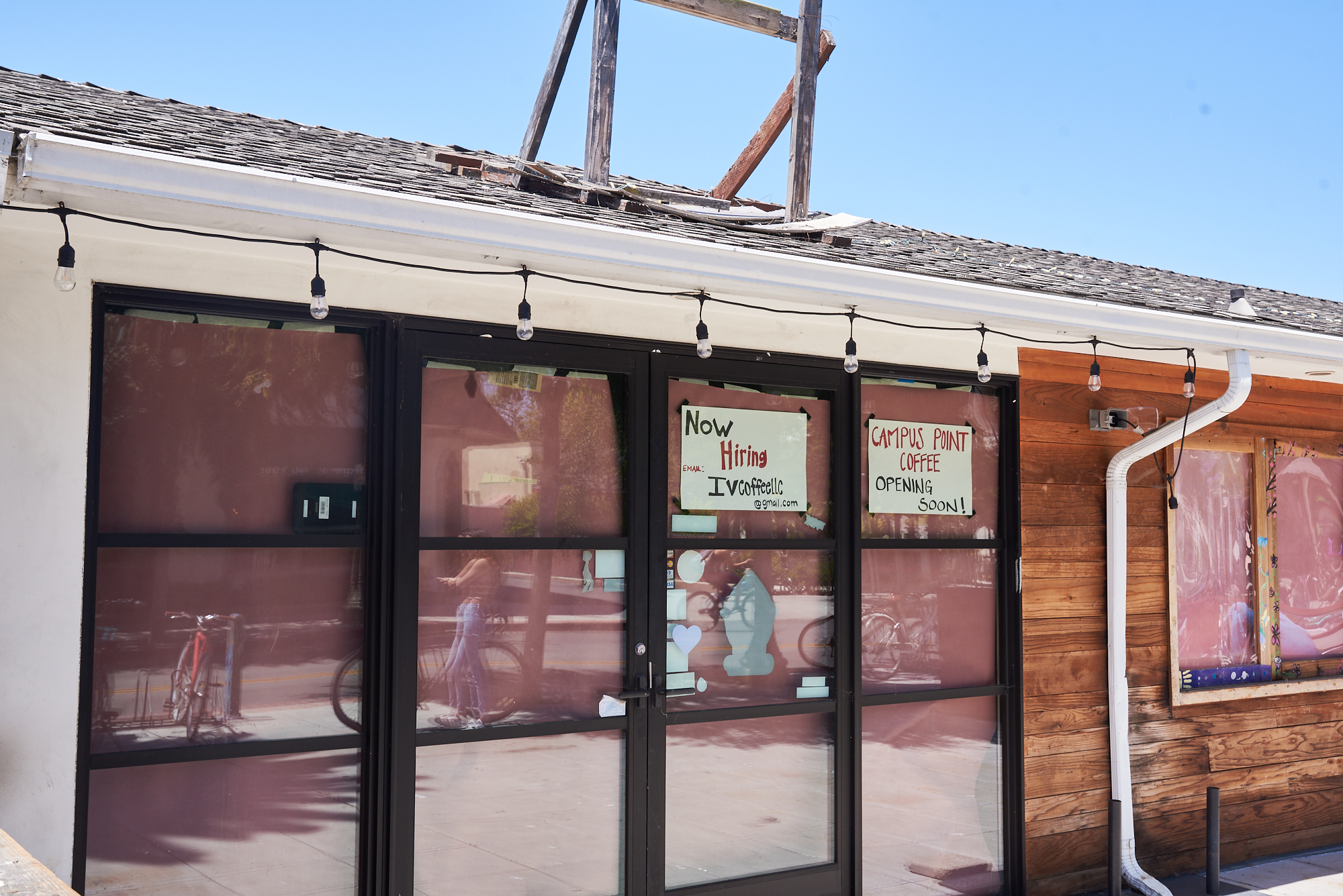 Nelson and his wife are opening up the coffee shop in the same space where Coffee Collaborative used to be. Siavash Ghadiri / Daily Nexus

Isla Vista Coffee Company; Sam and Luke’s, named for their kids; or Moose, for their dog, were were a few of the names they pitched to their friends.

But ultimately, they settled on Campus Point Coffee, a nod to the beach by the UC Santa Barbara Chi-5 freshmen dorms.

“The more we came up with names and bounced them off our friends, Campus Point just kind of stuck. We really felt like we wanted something that identified with the local town,” he said.

“You could name it anything; I bet you there’s probably a randomizer on Google that will give you different names. But we wanted to come up with something that was kind of a flag post saying, ‘We’re a part of this community.’”

Nelson, who grew up in Santa Barbara and graduated from UCSB in 2001, said he had always been interested in owning “something in Isla Vista.” When he saw the location was available, he said he knew he had to go for it.

“This [space] was a big part of my life when I was at UCSB when I was here, and it’s such a great spot,” he said.

Nelson’s vision for Campus Point Coffee is simple: He wants Isla Vistans to use the space as a place to come together.

Nelson referenced Java Jones, which occupied the space before Coffee Collaborative, and how the shop fostered a feeling of community — one he wishes to replicate.

“Back in the late ‘90s, early 2000s … [there] were places in I.V. that were just like the space where your crew met. It was either Java Jones, or I.V BC, which was Isla Vista Brewing Company before it became a lecture hall. Or Deja Vu, or Woodstock’s, Freebirds, but there was a spot that was like wherever you met or hung out, that was the spot,” he said.

“We want this to be that spot for people.”

Nelson believes one of the biggest advantages the shop has in creating that atmosphere is the amount of space they have to accomodate customers. In addition to a large seating area indoors, they also have generous patio space, he noted.

Similar to other coffee shops in the area, Nelson wants Campus Point Coffee to have “killer WiFi” and late hours, but says the store will be “very responsive to the community.”

Nelson wants to be proactive about asking the community for feedback, particularly in the store’s first few months of being open.

The tentative opening day for the shop is Aug. 1, although Nelson said that’s more of a goal than a firm date.

Until then, Nelson will be working on finalizing hires, training the staff and finishing up the remodeling of the store.

Coffee Collaborative was known for its remembrance of the victims of the 2014 Isla Vista shooting. When the shop closed, students expressed concern about losing markers of remembrance in I.V.

When it comes to remodeling the interior, Nelson said that ultimately, Campus Point Coffee is its  own shop.

“It’s a tough one, because there were a few really great things that Coffee Collab was known for, and there were some things, that we’ve heard anyway, that weren’t so great about what was here. And good, bad or indifferent, we are our own place,” he said.

“We do really want this place to be our vision and not somebody else’s.”