The Daily Nexus
Opinion
Stereotypes of Californians are Scarily Accurate
June 24, 2019 at 12:47 am by Carley Weiler

I was 10 years old when I realized I wanted to move to California. After watching every episode of “Hannah Montana” and listening to Tupac’s “California Love,” “California Love,” I knew there was something special about “the sunshine state where that bomb-ass hemp be, the state where you never find a dance floor empty.” The dreams of sunny skies, beautiful people and crazy parties slithered into my imagination, making me yearn for carefree days at the beach and drives on Highway 101 with the windows down, feeling the ocean breeze on my skin.

When I had the opportunity to move out west for college, I knew I had to do it. I also knew it would come with some changes — but that was the point. I wanted change. I wanted exposure to new people and new experiences. I had a serious lack of Vitamin D, and I was sick of having conversations with people who thought building the wall was the solution to all of America’s problems.

I was born and raised in Columbus, Ohio. Despite there being too many conservatives, having to scrape ice off of my car everyday before school in the winter and OSU fans dedicating their lives to football (because, let’s face it, there’s not much else to do), I still love Ohio. No matter how much I wanted to leave, and how happy I am to be in sunny and liberal California, nothing ever compares to home. 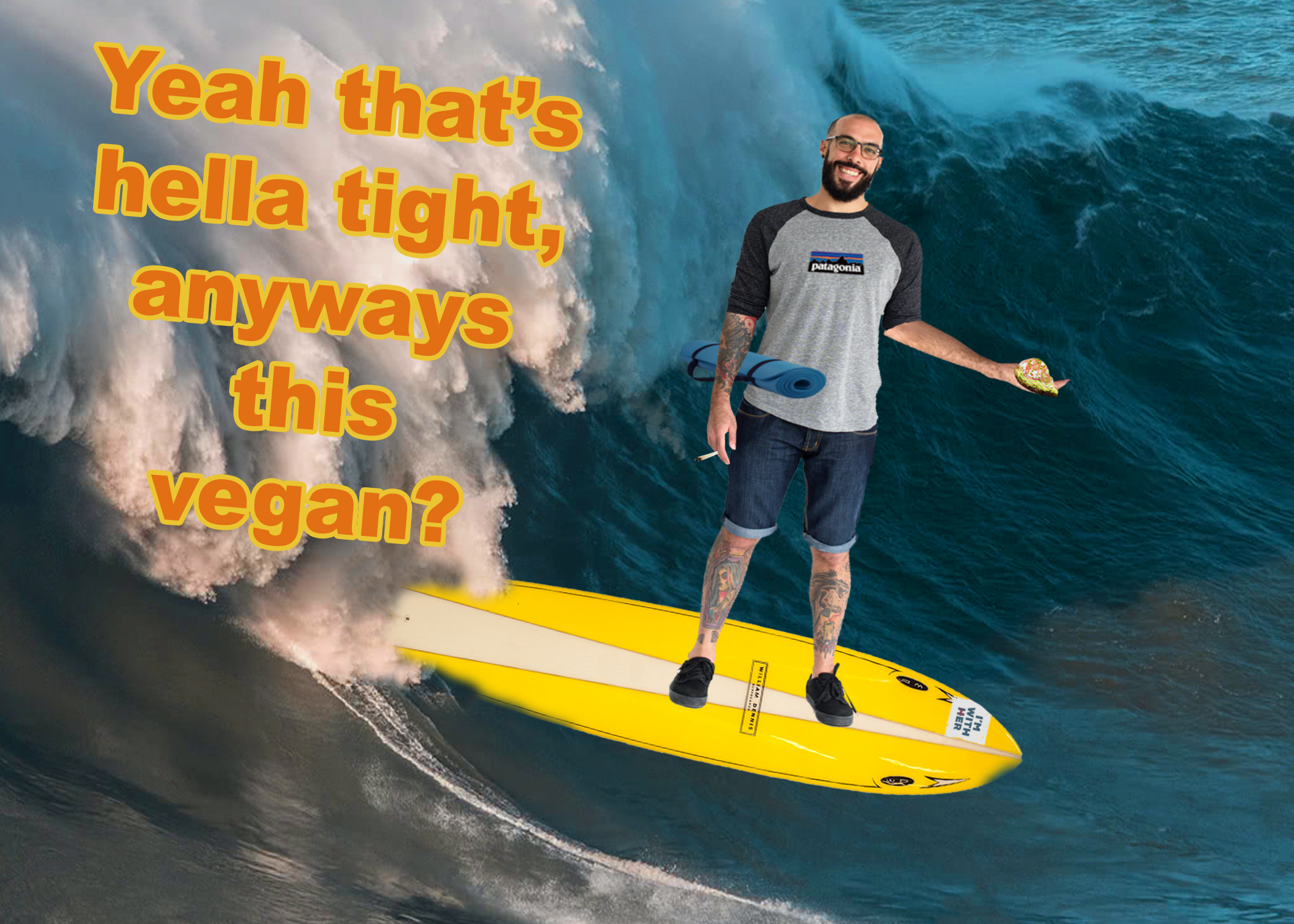 That being said, being so far away has forced me to figure things out on my own and learn a deeper appreciation for people and experiences. It has also made me turn my head and laugh quite a few times when I see the accuracy in my preconceived notions and stereotypes of Californian culture before I moved here.

On my first day of school, I rode my bike to campus and saw more bikes and skateboards than I’ve ever seen in one place at a time. People don’t skate where I’m from because it’s too cold or rainy, and people don’t bike because there aren’t enough bike paths. We love to drive everywhere — so environmentally conscious! I was a little nervous seeing so many bikes in one place — I even crashed into another bike while attempting to turn into the HSSB — but that’s beside the point. Everyone was in good shape, peddling or skating and making their way to class. Wow — environmentally friendly and active. Check that off the unconscious list of stereotypes I keep in my head about Californians.

I walked into one of my first lectures, a feminist studies class. My professor started out by asking us what is making us mad in this world where climate change, income inequality, religious conflict and so many other pressing issues drown our hopes for the future. For almost two hours, people raised their hands expressing their fury about our president and the inequalities millions of disadvantaged people face in this wack system that we call America. People are woke here. Another check off of my mental list of Californian stereotypes.

In another class, my professor came to lecture with wet hair from a surf sesh he hit right before class and drank green juice. Check. My TA for another class skated to section and wore backwards hats and muscle tees a little too often. Definitely would not find this in Ohio.

Another new concept that I’ve gotten acquainted with since moving here is astrology. An overwhelming amount of people that I’ve met at UCSB believe in it wholeheartedly. My family and friends at home would laugh if they knew how many times people have told me, “Oh, you’re a Leo. It totally makes sense.” Or: “You should look at careers that fit your astrological sign. I’m a Gemini and we’re supposed to be really good communicators, so I’m majoring in communication.”

My family and friends at home would laugh if they knew how many times people have told me, “Oh, you’re a Leo. It totally makes sense.”

One time, I even had a Lyft driver who, within the span of 10 minutes, described how his planetary alignment was off because “Mercury was in retrograde,” and because of this, he had been microdosing on shrooms all weekend. This was my ride back to the dorms after going home for winter break. It was the perfect paradoxical transition to being back in California from Ohio.

After getting adjusted to new faces, classes, neighborhoods and scenery, California has become hard not to love. Although my clichéd image of everyone being a free-spirited hippie and having a good time lounging in the sun has been proven true at times, I can’t dismiss the actual issues that surround millions of people in the state of California. Wildfires, an infeasible cost of living and racial and income inequality engross the lives of California natives everyday.

While it is easy to recognize and laugh at all of the stereotypical images people at UCSB have done a wonderful job portraying, it is important to acknowledge what goes on beyond the fantasized idea of living in California.

All in all, moving to California has been an eye opening experience, not just in self-discovery, but a deeper look into the world and lives that surround me. Maybe the EDM music, overpriced avocado toast and hot yoga obsession is a little over the top at times, but overall the progressive atmosphere and unique people that I have met has made it easy to adjust to my new home.

Carley Weiler thinks that California and UCSB live up to the stereotypes.