The Daily Nexus
Opinion
Load Shedding Is Nasty
June 8, 2019 at 4:26 am by Miranda de Moraes 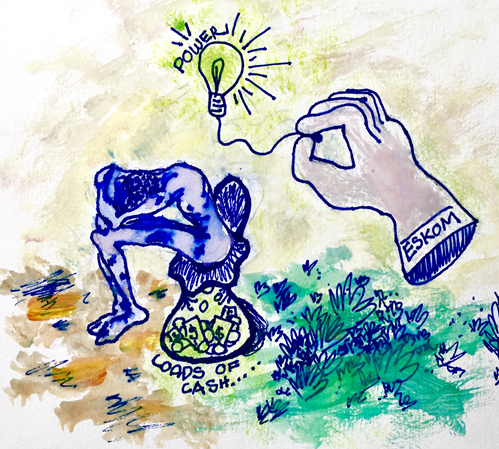 I am currently eating a can of peas in pitch-black darkness. It is my seventh  hour — without power — today. This South African energy apocalypse is called  load shedding … and yes, load shedding is even nastier than it sounds.

For up to eight hours a day, the power provider for 95% of South Africa  — Eskom — cuts electricity in cities, suburbs, and villages when it cannot meet  the nation’s demand for energy.

Although Eskom has halted rolling blackouts for the past few years, power  rationing resurged at the end of 2018. The energy utility blames the sudden  comeback on “coal shortages” and “unplanned maintenance,” though  the 1,000+ cases of corruption against Eskom employees stand to challenge the credibility of Eskom’s claims. While the cause of load shedding calls for  further interrogation, its effect makes it clear that apartheid is hardly over.

South Africa was ranked the most economically unequal country in 2018.  According to the World Bank’s Gini index, poverty stays concentrated in  formerly disadvantaged areas – where South Africans of color were forced to  live during apartheid. The racial lopsidedness of poverty has only continued  to intensify with Eskom’s reintroduction of energy rationing.

Toni Burton owns Zizamele Ceramics in Masiphumelele, a traditionally Xhosa  township in southern Cape Town. She and her nine employees depend on the  making and selling of handcrafted pottery to feed their families. However, the  recent and frequent load shedding cycles prevent Burton’s electrical kilns  from completing a firing cycle, leaving her small shop under-stocked.

“We may need to resort to going to the studio at night to switch the kilns on  after load shedding ends at 20:30 and before the 10:00 one begins,” Burton  said. “But it’s dangerous to travel in Masiphumelele at night.”

Eskom’s blackouts are not only fiscally harmful, but physically too. Without  power, streets are dark and safety devices like electric fences and security  cameras are useless. Given South Africa’s standing as one of the most  dangerous countries in the world, load shedding enables even more crime  than usual.

“We already live in fear of the gang violence that’s happening,” Cape Town  policing chairman Byron de Villiers shared in an interview. He said many  people in the city are closely following the load shedding schedule to plan  when to stay indoors.

While walking on a main road in daylight, Tess Ashby, an American student at  the University of Cape Town, was pushed against a wall and threatened with a  rusty knife. 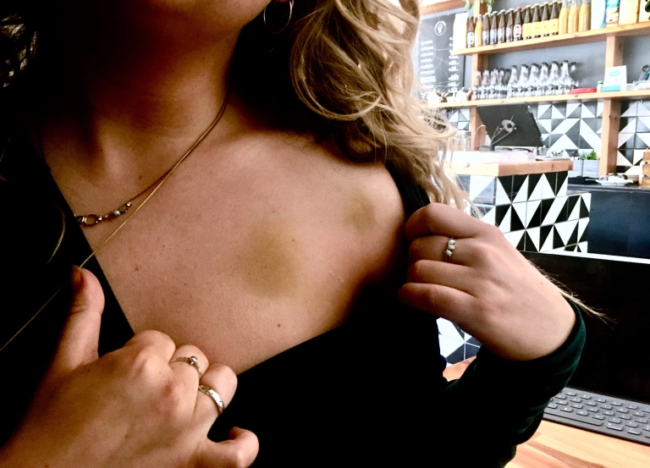 “I ran to the nearest superstore for surveillance footage … but the cameras  stopped working [because] of load shedding,” she shared in a private  interview. The identity of the attacker has not been identified.

Despite the damage of Eskom’s power rationing on marginalized communities, some residences and businesses — particularly wealthy properties — remain unaffected by load shedding.

The most expensive apartment ever sold in Cape Town was purchased  for R22.5 million in Higgovale, a wealthy suburb in the Central Business  District. Load shedding does not hit houses in the CBD because these  properties supposedly “share a dedicated circuit” with big businesses nearby.  Since commercial loss is not a reason for exemption from energy cuts,  corruption seems like the only explanation. Realtors on sites like Re/Max use this scam to boost property values, highlighting Higgovale homes as  “unaffected by load shedding.”

Other wealthy neighborhoods that are hit with Eskom’s wrath can fight back. While loud generators are banned on residential roads after-hours for noise  pollution, expensive batteries provide a quiet energy alternative.

“In my house, when the power goes off, the batteries keep my house electricity  on. You can’t even tell when load shedding hits,” Blade Brink, a resident of  Camp’s Bay, one of the priciest parts of Cape Town, shared.

As a foreign exchange student, I was left in the dark. My house of  international students did not have batteries, nor generators, nor even an  explanation. While we struggled with unsaved essays, unanswered calls , and  unwashed clothes, load shedding left us with more than vain inconveniences  and dirty jokes: it was our introduction to the scathing socioeconomic  inequality of South Africa.

Power rationing enables rich homeowners and corporations to shine ever – brightly against their pitch-black neighbors, who face increasing blows to  business, safety, and justice. As load shedding continues to strengthen the  legacy of apartheid, Eskom is not only rationing — but wiring — power in  South Africa.

Race-linked exploitation has a fervent pulse in the United States, with a  parallel power crisis having struck California in 2000. Enron, the U.S.  equivalent to Eskom, enacted a series of synthetic blackouts to sell power at  premium prices. The California electricity crisis cost the U.S. economy  over $40 billion and 1,300 Californians their careers — with marginalized  Americans taking the heaviest blows.

From Cape Town to California, power disparities will only continue to  globalize … so long as we stay in the dark. It is time to widen the aperture of  social consciousness, resist injustices, and flush out load shedding — because  after all, load shedding is nasty.