For the June 6, 2019 graduation issue, and in honor of Pride Month, the Nexus asked graduating UC Santa Barbara students who identify as LGBTQIA+ to share how their college experiences have been affected by their identities.

The Nexus hopes to provide a platform — in this issue and in future ones — for LGBTQIA+ students at UCSB to share their lived realities on this campus. 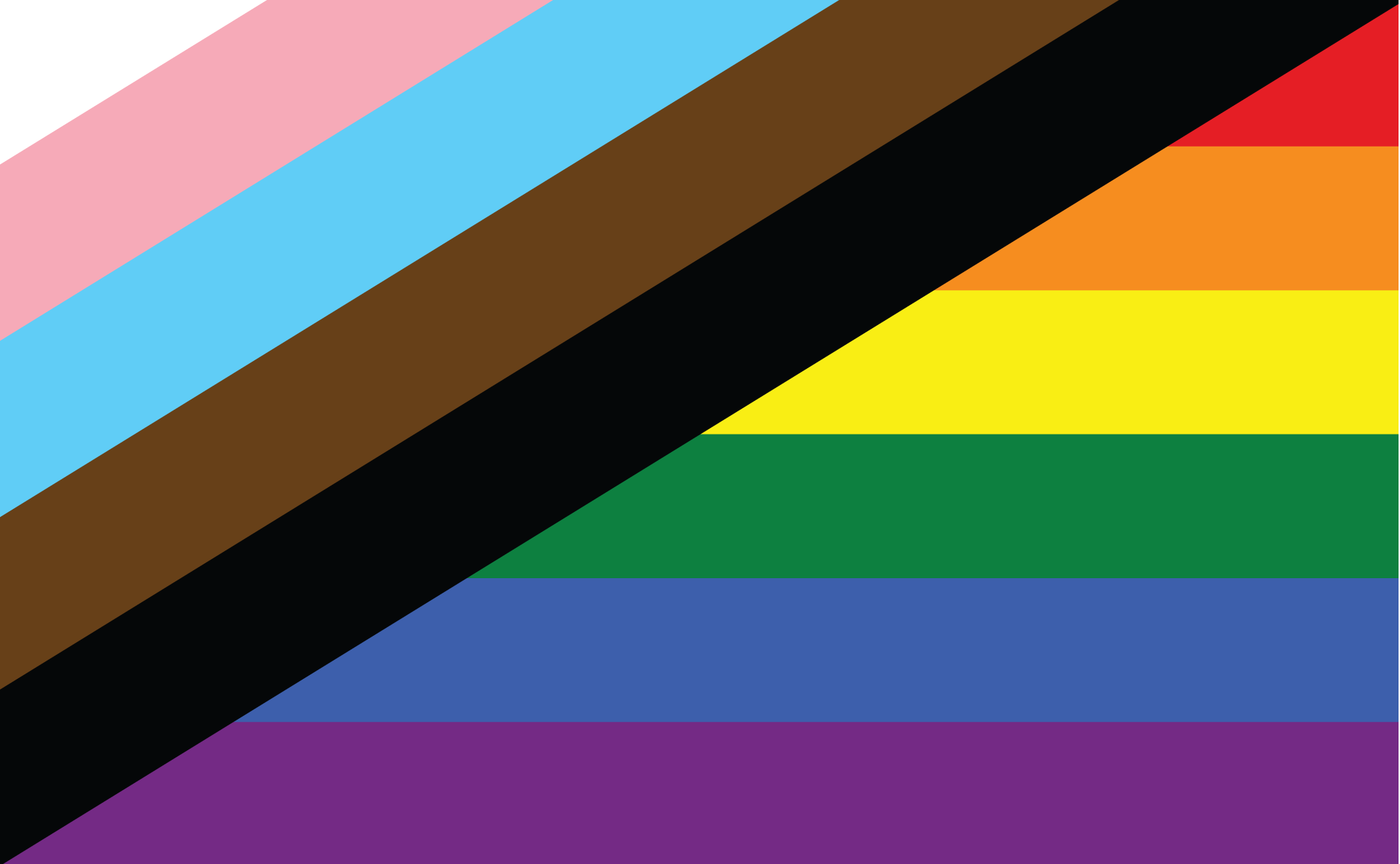 Two of those responses can be seen below:

But the difference that this flag had as it marched through the streets of Philadelphia and through the many streets after that are the two stripes that adorned it on top. One black and one brown—an innocuous reminder that queerness is woven into more colors than just one.

Being here at UCSB has proven to me that I am those stripes. Let me explain.

My college experience has pushed and pulled, expanded and contracted, championed and sequestered the many identities that constitute me. In some contexts, my brownness is celebrated. My native tongue expresses itself freely and without harassment. I can wear rainbow buttons happily and without danger.

But in other contexts, as a lot of us have come to realize, we have to push aside who we are for an identity that is more immediate and palatable. We have to relegate our life experiences to just business or to whatever the sign on the door says.

At some point, many of us have felt the sting from the relegation I’m talking about.

When you’re struggling to make ends meet that week, you probably don’t want to tell your professor. Why make it about you?

When you’re doing science, you’re not a woman; you’re a scientist. Why does it have to be about gender?

When you’re a non-traditional student, you’re just a student. Why are you different?

And this kind of thinking is dangerous when we ignore the disparities and disadvantages that might exist in our settings. It is impossible to support one another if we do not understand the situations we exist in. I can’t save you from drowning if I refuse to acknowledge you’re underwater.

Because of that, being a person of color fighting behind the rainbow flag used to mean leaving our brownness at the door with the umbrellas. It meant fighting for a movement that never really promised to help those in the intersection of being a person of color and queer. (And don’t even get me started on how much more we need to advocate for trans people.)

So the wisdom that our queer brothers, sisters and non-binary siblings in Philadelphia reminded us of that June is the diverse nature of being. That one descriptor does not fit all. We are not just gay. We are not just queer. Those words are just adjectives among a multiplicity of others.

Go fight for each other. Celebrate one another.

*I did that on purpose

Ángel A. Valdenegro is a graduating queer Latino physics major who wants you to google Kayden Clarke, Tamika Washington and Chynal Lindsey.

Being Invisibly Queer: by Kylie George

For those who have been by my side throughout every one of my phases in college (*cough cough Nexites cough cough*), y’all know all about my various dick-scapades: From the Night of Three to fucking a random dude I met at a bus stop, my thirst for peen is never quenched.

Possibly the craziest thing I’ve ever done to date, however, is willingly enter into a healthy, committed relationship for the last year and some change. Shocker: This person has a penis. Therefore, my relationship will appear heterosexual to the average stranger for (hopefully) the rest of my life.

However, this staunch dedication to cock has caused some problems for me throughout my time at UCSB, if not from external sources then from my own internal thought processes.

I constantly questioned — and sometimes still question — my validity as a member of the LGBTQ+ community because before sophomore year of college, I had never acted on any of my feelings toward various women in my life to whom I felt attracted. I felt like the only way for me to prove to both myself and others that my bisexuality was a valid self-descriptor was by experiencing reciprocal sex with a woman.

I wasn’t even completely out until my sophomore year of college and, even still, I haven’t directly told my mom yet (if you’re reading this, Mom, hey hello hi, I’m bi!).

For my entire first year of college, I thought that people in my dorm hall would be made uncomfortable with the fact that I’m attracted to girls, so I kept my identity on the down low. It didn’t help that I was ultra-paranoid about the way people perceived me and if they liked me or not because of my — and I say this literally — crippling anxiety. I was also affected by the perceived lack of a queer community on campus, so I thought being out would not be accepted by the majority of UCSB students or faculty, thus further encouraging me to beat down a large part of who I was and still am.

Not until I joined a sorority (Tri Delta, R.I.P.) did I feel comfortable openly sharing my deep attraction to that güd pu$$. Sure, it helped that over the summer I saw a psychiatrist and got put on a pretty high dose of Prozac to help with my anxiety, but I truly feel that I began publicly identifying as queer because of the amazing queer women I met in Tri Delta.

I’m fully aware of how sratty this next sentence is going to sound, but hear me out: My Big really inspired me to embrace a large facet of my identity by sharing her own story and her various struggles that come with being gay. From bringing me down from a panic attack brought on by being pretty publicly sexually assaulted to opening my eyes to the awesome (and very present) LGBTQ+ community on campus, I owe this woman a lot.

My journey to self-acceptance did not conclude at the beginning of sophomore year, though. I mean, what am I? Fucking Molly Ringwald in “The Breakfast Club”???? Good guess, but not quite. I still have to exist after the happily-ever-after.

Incidentally, though, I ended up sleeping with a woman for the first time shortly after this life-changing epiphany, and it left me with a bag filled with mixed feelings.

I took her home from a frat party (wearing a huge sweatshirt, pajama bottoms and fuzzy socks with my Birks, no less), and the deed was done. The only problem was that afterward, I didn’t feel like I proved anything to anybody by doing it. The encounter felt just as empty as the billionth dick I sucked dry the week prior, and I ended up feeling like I had an even feebler claim to membership in the queer community than I did before.

Since that night, I have not slept with another woman, and at this point I may never get to. Don’t get me wrong; my current partner is more than I could ever ask for in a lifelong companion.

I guess I’m still worried about how others perceive the image I put out into the world, which is dumb and I should stop that right now, but emotions don’t work that way. I want it to be apparent that I’m queer and not just lying about it to get attention, but I’m struggling with finding a way other than tattooing “QUEER” on my forehead.

A friend was talking to me the other day about being bisexual in college, and she expressed a lot of frustration for the girls who identify as “bi-curious” because they give “real” bisexual women a bad image. I couldn’t help but think about the ease with which I could be grouped in with the former group, and I felt so invalidated. I’m not saying the friend was talking about me or even that I agree with their statement (which I very much don’t), but I realized in that moment that I still don’t feel deserving of the label “queer” or “bisexual.”

I’m learning to embrace my identity and stand up when people comment on my “invisible queerness” brought on by my love for my heterosexual male partner, but I still have a long way to go to where I really feel like I can appropriately consider myself queer.