The Daily Nexus
Music
Save the Velvet Jones
June 3, 2019 at 1:03 pm by Melody Pezeshkian 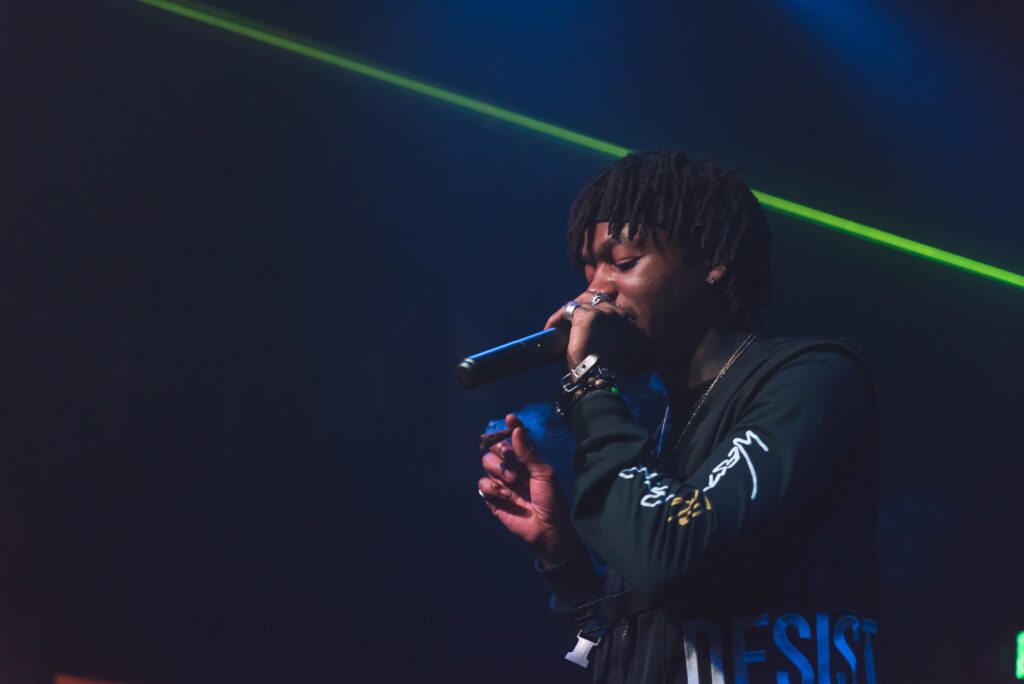 If you’ve frequented the Velvet Jones in downtown Santa Barbara, you may recall entering the venue and walking down to reach the stage. If you’ve arrived early enough, you might have felt a fascination for how close you were to the artists themselves.

The Velvet Jones stands tall as the dive bar of music venues — in the most flattering way possible. You get a rich and unique experience here that you wouldn’t be able to find at many other venues, even outside the Santa Barbara area.

If you haven’t yet had an experience at the Velvet Jones, there’s a chance you might never. With doubtless discontent, its current owners had planned on closing down the venue unless a new owner was solidified; but recently, after strong support from concertgoers, the owner has decided to tentatively reopen the Velvet Jones on an event-by-event basis.

The Velvet Jones has venerably been celebrated as a local hot-spot for performance artists and concert junkies alike. Ku’uleialohamae’ole Osako, third-year biology major and concert enthusiast, has only been to the Velvet Jones twice and hopes to have the opportunity to attend more shows at this small, tight-knit venue.

“The Jones is small enough that you’re able to have a friendly and interactive experience with the artist,” Osako said.

Her comment reminds me of a similar sentiment. Earlier this year, I visited the Velvet Jones to see Azizi Gibsonok and easily found my way near the front of the stage — something I wouldn’t have been able to effortlessly accomplish at other reputably intimate venues.

Not only have I had one-on-one and engaging experiences with the artists at the Velvet Jones, but I’ve also interacted with friendly staff members who hoped to ensure a positive experience for attendees.

In 2013, the Velvet Jones hosted a Panic! at the Disco show. For a small venue to host such a widely-known artist is an immaculate feat. While the line to enter the concert was large, fans who attended the show remarked that there was no noticeable barricade put up between the crowd and the artists. The lack of separation, generally necessary to maintain order  at concert venues, is a strong indication of the venue’s intimate niche.

In the next few weeks, the Velvet Jones will be hosting the Silversun Pickups, Gnash and the Mystic Braves. These shows, while exciting, only impart a glimpse of what the location has had to offer.

Among all its diversity, this venue unmistakably serves as a rap hub. In 2016, 21 Savage graced the stage and J.I.D performed there just last year. Aside from the more famous artists it has hosted, the Velvet Jones offers small-scale, local shows. This past November, it hosted a Battle of the Bands featuring local artists like Brayell and Step Back J. On top of this all, the Velvet Jones provides some of the more affordable shows in the area.

The SB music community would be devastated without the presence of the Velvet Jones. Opportunely, the current production assistant, as well as the general manager of operations at the Velvet Jones, David and April Coyle, are working hard to salvage the venue that they’ve considered home for now over two years.

The Coyles promise that if they are able to secure ownership, they “plan to do everything [they] can for locals to get on the stage with bigger acts,” but also promise to “compete with other venues’ rental rates for local artists using Velvet Jones for their own headlining shows.”

They also hope to turn to the community and gather input on how to further enhance the fans’ enjoyment of the venue.

The Coyles are a well-respected and trustworthy family that is apt to run a music-based business. David and his wife have an extensive background in the music industry and own the production company, Identity Productions.

“My wife and I are from Charlotte, N.C. originally. We moved here with a dream. We hoped we would find a living community where we could raise a child knowing she would have opportunity and work in the music industry. I’ve never had much in my life, but through everything, one thing has remained the same: my passion for music and the performing arts. My grandfather opened up the first dance studio in Charlotte, helping bring liberal arts to the city,” David Coyle said.

Coyle hopes to follow in his grandfather’s footsteps and continue to kindle the dreams that live within the walls of the Velvet Jones.

The Velvet Jones is simultaneously an ambient yet exciting scene, brimming with musical excellence. The Coyles are working to soon launch a crowdsourcing campaign as well, following the solidification of a business plan.

You can contact Identity Productions directly to support the cause either by Instagram DM or via email:

This article has been updated.