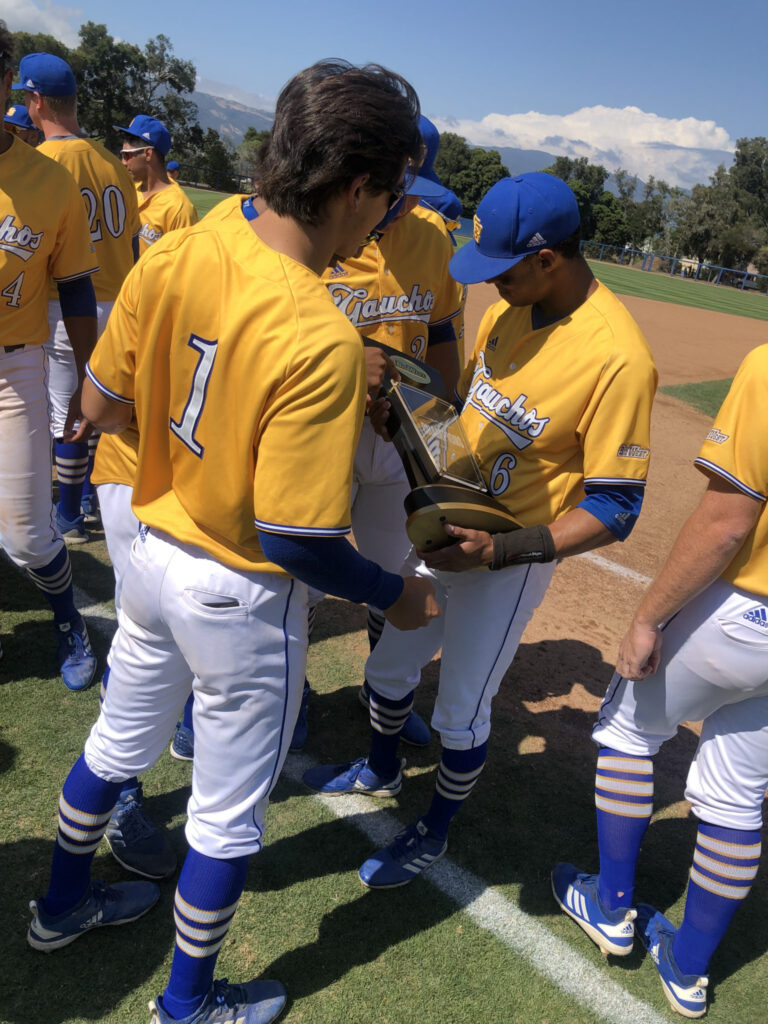 UC Santa Barbara added to its record of owning the most Commissioner’s Cups in Big West history after winning its tenth title for the 2018-19 school year, the league announced on Tuesday.

Only three current Big West schools have ever won the Commissioner’s Cup, with Long Beach State second to UCSB for most titles at eight.

The Big West Commissioner’s Cup began for the 1998-99 season and it is awarded to the institution with the highest average point total following the conclusion of all 18 conference sports. Not all schools sponsor all 18 sports.

Santa Barbara was able to take home the Cup following an outstanding season in its spring sports. The Gauchos won both Big West titles in women’s and men’s tennis while also clinching the baseball title.

Overall, Santa Barbara averaged 120.6 points over the 16 competitive sports sponsored by the campus.

In determining a champion for the cup, round robin sports and conference championship sports are split into two.

For round robin sports, points are awarded based on the final standings of the regular season with the top team getting a 20-point bonus. Big West round robin sports include baseball, basketball, soccer, softball, women’s tennis and indoor volleyball.

For conference championship sports, points are awarded based on the finish at the tournament. These sports include cross country, golf, men’s tennis, track & field, women’s beach volleyball and women’s water polo.

In the case of any ties in all sports, points are awarded by combining points and splitting them equally among the tied teams.

Finishing behind the Gauchos was defending champion Cal State Fullerton. The Titans won their first Commissioner’s Cup in program history last season after big first-place finishes in sports such as men’s basketball and baseball.

This year, CSUF averaged 118.6 points after the conclusion of its 14 sports. Titles in men’s golf, softball and women’s track and field in the spring nearly helped the Titans lap the Gauchos — but they still came up just short.

Rounding out the top three was UC Irvine who paced a 106.3 point average, thanks to winning the Big West title in men’s basketball while Long Beach State finished fourth and UC Davis finished fifth.