The Daily Nexus
UC News
New Senate Bill Would Require UC To Pay Workers on Time
May 30, 2019 at 12:04 am by Evelyn Spence

A California bill that would require the University of California to pay its workers on time — and aims to address the issues caused by the UC’s new faulty payroll system — passed unanimously through the California State Senate and into the Assembly on May 23. 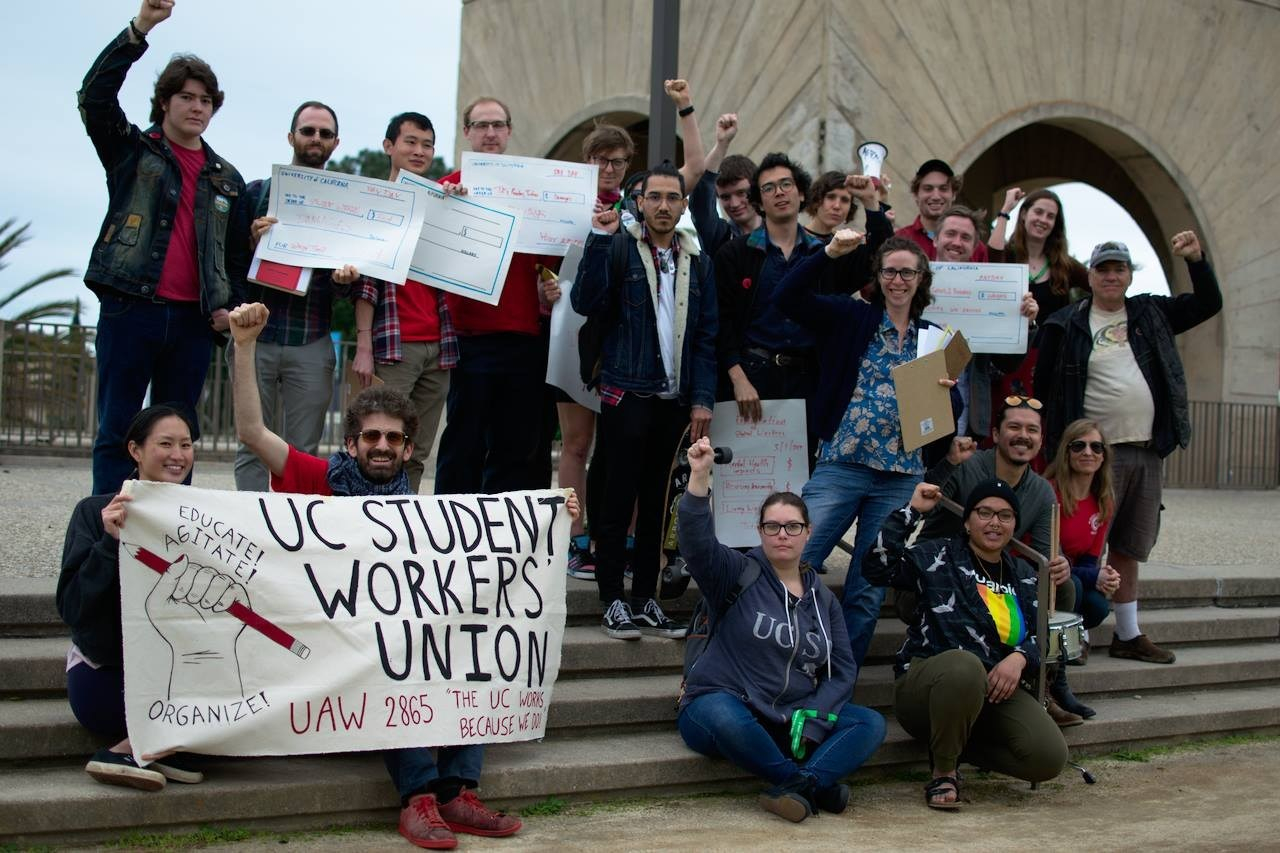 UAW held a rally in March 2019 to protest the implementation of UCPath. Courtesy of UAW Photographer David Sañosa

UCPath, a payroll system meant to streamline the way payroll functions, was implemented on UCSB and other UC campuses throughout the course of 2018.

The program’s website promises “Efficient, accurate payroll” — but since UC Path’s implementation, students across the UC have complained about delayed, missed or wrong pay, causing tension between the administration and students at the UC’s perceived inaction in fixing UCPath issues.

“For most employers, not paying workers on time is a form of wage theft — but the University of California is currently exempt from the state’s strict wage theft laws,” a press release sent out by United Auto Workers Union (UAW) on Friday stated. UAW held a rally in March 2019 to protest the implementation of UCPath.

UAW President Kavitha Iyengar said in the press release that the union is “encouraged” and “looking forward” to seeing the bill move onto the Assembly.

“Because there is no penalty for this, UC chose to use its own workers as an interest-free bank as they worked out the system’s glitches. Without accountability measures in place, we have no doubt that UC will continue to take advantage of workers who have no legal recourse,” Iyengar said in the press release.

In February 2019, the UC Office of the President took its first steps towards addressing the issue of missed payments, offering varying amounts of money to approximately 750 workers who had been affected by UC Path.

Senate Bill 698, co-authored by Senator Connie Leyva and Senator Scott Wiener, takes a step beyond the offered compensation and would make it a requirement for the UC system to pay its workers on time.

California law requires that employees be paid twice a month on designated “regular pay days”; workers classified as executive, administrative or professional employees can be paid once a month.

If passed through the California State Assembly and signed by California Governor Gavin Newsom, the bill would require that university employees who are paid on a monthly basis be paid “no later than 5 days after the close of the monthly payroll period.”

Furthermore, the bill would require the university to create payroll regulations for employees who are paid on a “more frequent basis.”

If the UC doesn’t pay workers “on time and on a regular payday,” employees can file a claim in state court or with the Labor Commissioner.

Currently, UC Path serves UC Berkeley, UC Los Angeles, UC Merced, UC Riverside, UCOP and UCSB. UC Regents plan to implement UCPath at the rest of the UC campuses over the next several years, according to the bill.

UCB actually pulled out of implementation at the last minute and decided not to go on UCPath. Also it has to be way more than 750 people who were given settlements because I know of at least 30 in my department alone…