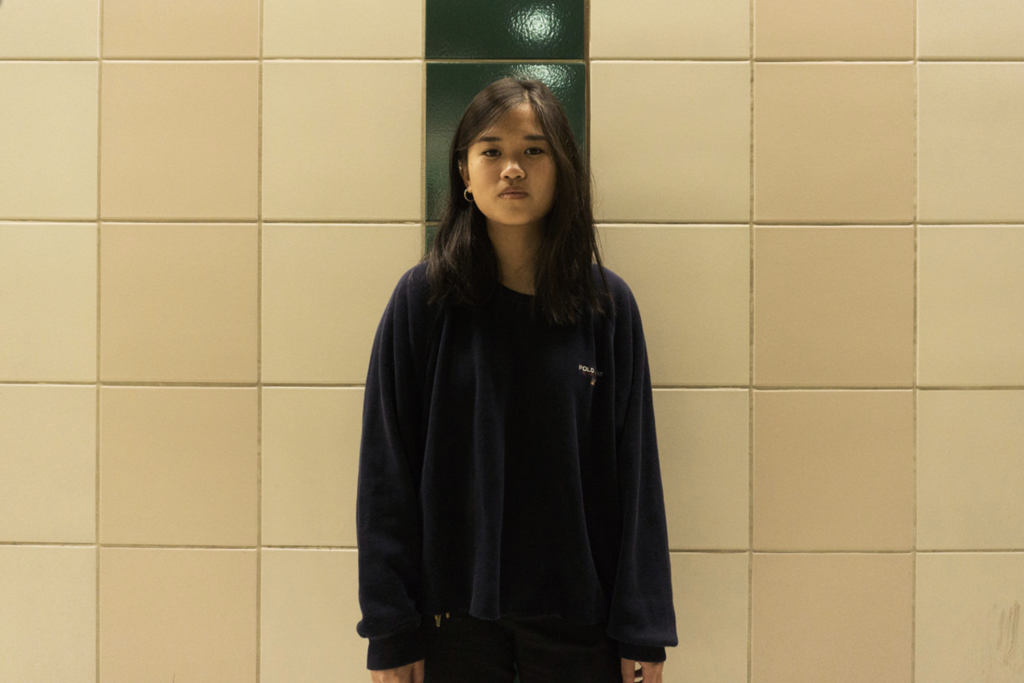 The sound of Jamba Juice’s endless roar and the indistinct conversations surrounding the University Center were interrupted by the bongs of Storke Tower. Students hustled by as flyers were passed out to those kind enough to take them. Hana Vu picked up her guitar, her sunglasses reflecting confidence and she boldly faced the crowd.

Last Wednesday, Hana Vu brought to our campus an indie rock style that only left us wanting more. Finally! An underground artist that can channel the ocean breeze and sunny days with music. A simple electric guitar and some shades were all she needed as she began to play excerpts from her album “Sensitive” which she wrote and produced herself.

As a growing indie rock artist from Los Angeles, Vu started her musical career when she was signed to Luminelle Recordings during her senior year of high school. After accepting the contract with Luminelle, Vu graduated from school and began producing music to prepare for touring. Her earliest albums such as “Outtakes” and “Sensitive” were played in every initial solo show after, jumping from city to city in California.

In this particular set, Vu stood on the stage solo — just the way she likes it — as she played her well-known track “July.” People stopped and turned to see the live performance, a cluster of people now turned into an army of captivated listeners. Viewers stationed themselves anywhere they could, from benches nearby to the steps descending to Storke.

In the face of growing numbers, Vu tells us she enjoyed performing.

“I love it. I wish I could do solo shows forever. If I wanted to have a band, I could just hire a band. It’s just so much extra stuff that … sometimes it’s not worth it,” she said.

As someone who enjoys being alone, Vu tells us about the struggles that she grew from through her music.

“I like Disney music,” she said with a chuckle. “In every Disney movie … in the beginning, when they’re, like, trying to do their thing, and they’re like, ‘It’s hard but I will get there.’ That’s sort of my vibe, I think.” Her inspiration, although unique, is very relatable and she relays a message of perseverance and hope.

Vu’s next shows are at various college campuses where she will be performing and encountering the different energies of each city. The artist has plans to play at UC San Diego and Dartmouth in the upcoming weeks, as well as European tour where she will perform her two upcoming records.

“I just want to travel and experience a lot of stuff. And I feel like the best way to do that is by doing what I want to do, which is music and using that as a vessel to achieve all my other goals,” Vu said.

With a steady pace in her career, Hana Vu is traveling around the world, playing her inspirational, chill indie rock for anyone who will listen. Find her on her website https://hanavu.bandcamp.com/ or on Spotify and Apple Music!